Ex-Renault junior Jack Aitken has joined Williams as its official reserve driver, and will get a run in a Formula 1 free practice session this year.

Just one day after Aitken announced that he had stepped down from his reserve and test role with Renault, the young British driver revealed that he had taken on a similar position at Williams.

As part of the deal, Aitken will attend all grands prix with Williams to work with the engineers, take part in one FP1, and will also conduct a full simulator programme.

“It is a great honour to join ROKiT Williams Racing as their reserve driver for the 2020 season,” said Aitken.

“Williams is a team with strong heritage, and continued longevity, and I’m looking forward to directly contributing to their development through my simulator and testing work.”

Deputy team principal Claire Williams added: “It is obvious from what Jack has achieved so far he is a young driver with a great career ahead of him and we believe he has the right credentials to reach the top in the sport. 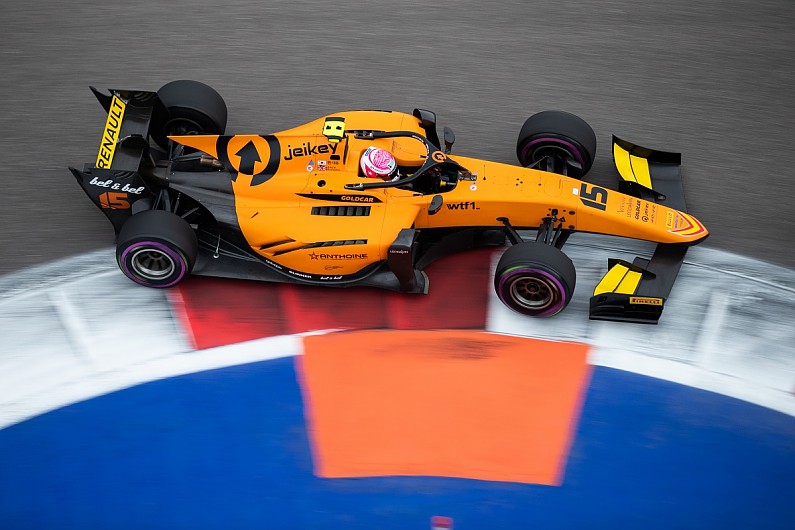 “Jack has proved his ability in FIA Formula 2 and GP3 and we look forward to seeing what he can achieve as the team’s official reserve driver.”

Aitken had graduated from the Renault Sport Academy ahead of the 2019 season into his test and development role with the team.

He won the Formula Renault Eurocup in 2015 – which helped trigger his affiliation with the French marque – and went on to finish runner-up in GP3 in 2017 to George Russell.

In 2018 he finished 11th in the F2 standings while his ART Grand Prix team-mate Russell won the title, but a switch to Campos for last season yielded three wins, four podiums and fifth in the championship for Aitken.

He is expected to return to Campos in F2, although his 2020 race plans are yet to be announced.

Aitken joins a large team of drivers at Williams. Aside from race drivers Nicholas Latifi and George Russell, the squad has taken on another F2 racer in Roy Nissany as its official test driver for 2020.

It has also added ex-Red Bull driver and DAMS F2 racer Dan Ticktum to its pool – whom Williams described as “one of the best” F1 simulator drivers it has seen – while W Series champion Jamie Chadwick remains with the squad.