The Enstone-based team is locked in an incredibly tight midfield battle, but it has not managed to convert its strong Saturday performances into a solid points haul.

It is currently lying in seventh place in the constructors’ standings on 25 points, but has to address its performance to avoid losing more ground to Aston Martin and AlphaTauri ahead of it.

Both Fernando Alonso and Esteban Ocon have endured frustrations in recent races, as the team’s race pace has not yielded stronger finishes.

Executive director Marcin Budkowski said the outfit was working hard on trying to work out the weaknesses of the A521 and, specifically, how it can address its Sunday struggles.

“We have work to do to understand our race pace deficit and it’s something we’re actively investigating,” he said ahead of the French Grand Prix.

“It’s clear the car is capable of good performances in qualifying, but on some circuits, we can’t seem to replicate that good pace in race conditions, and that’s something we need to get on top of to score bigger points in the championship.

“We hope that our findings so far will help us achieving a good result in France, on a full-time circuit more typical of what we normally see in Formula 1.” 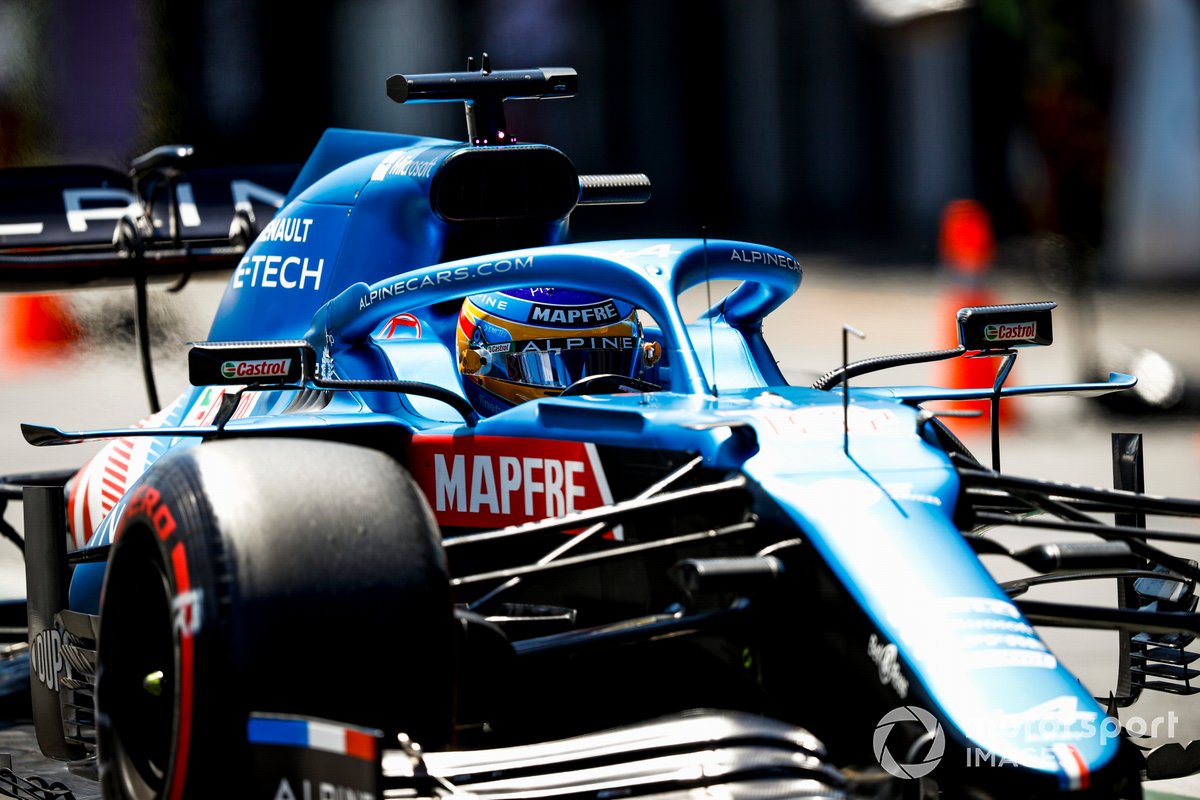 Budkowski said that despite Alonso having scored an encouraging sixth place in Baku, it should not ignore the fact that that result owed much to the Spaniard’s charge up the order at the restart.

Reflecting on its most recent outing, Budkowski said: “Overall, it was an encouraging weekend up until Sunday. Our pace was relatively competitive on Friday up until Saturday and we reached Q3 with one car after a tricky session with many yellow and red flags.

“It was disappointing for Esteban to retire early on with a reliability issue, and unfortunately our race pace wasn’t strong enough to allow Fernando to fight for good positions in the race. It took a fantastic effort from him to secure sixth position in the last two laps.”

Alpine is to bring a few minor modifications to the car for Paul Ricard, and has also revised its rear wing because of new tougher pull back tests.

And with the team eager to lift its form, plus facing added pressure because of the race in France, Ocon is under no doubts how much the outfit is chasing a good weekend.

“I think everyone in the team is desperate for a good race on home soil, and we’ll be working hard to do just that,” said the Frenchman.