The Frenchman had looked very quick in the early stages of qualifying, but it all went wrong in the closing moments of Q2 when he dropped down the order as rivals improved their times after they had pitted for fresh inters.

Having stuck with an old set of inters, despite making a request to the team to switch, Gasly was seen furiously banging his halo in the cockpit as he found out he hadn’t made it into Q3. He will start 12th on the grid.

Speaking afterwards, Gasly reckoned it had been a huge error not to have moved on to fresh rubber.

“We had the pace to be in Q3 easily,” he said, when asked by Autosport/Motorsport.com what had gone wrong in Q2. “The car was very fast in these conditions, and then in Q2, we stayed out on track on one set, which was completely used.

“I asked to box because I could see the track was drying. But we didn’t do it, and it was a big mistake and it cost us Q3.

“At the moment, I don’t really understand why we did that. Clearly we paid a big price because, when you see what happened in Q3, it’s just a very big missed opportunity and I knew it.” 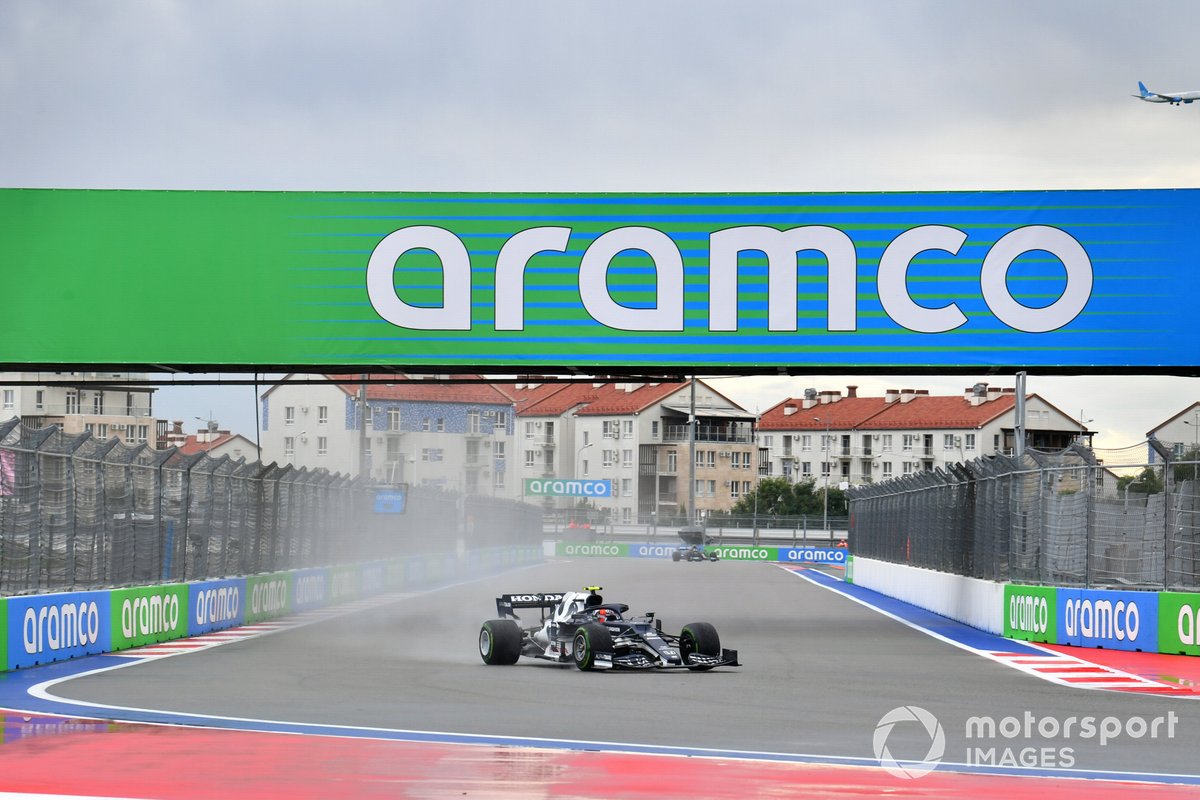 Gasly said his annoyance was immediate because he knew just how much he could have improved if he had been on new inters.

“I felt the potential,” he said. “The last two laps, I was just all over the place, and I could see the lap time.

“We were missing it for one-tenth, and I think 1.5 seconds faster was possible with new tyres. I knew already in Q1 that we had huge potential in these conditions to do well. So when we qualify so far back with such a potential, it gets me mad.”

And while Gasly lost a quick lap when he was held up by traffic, he says that being blocked was not the factor that scuppered his chances.

“There was a bit of traffic there, but in the end it wasn’t the problem,” he said. “The problem is we should have boxed and we didn’t do it.

“What’s happened before or after, it’s always a bit messy in these conditions. But in the end, it’s not the reason why we didn’t make it through.”