Leclerc endured a hugely disappointing Monaco race day, when a driveshaft hub failure on his way to the grid meant he could not take up his pole position slot.

But, rather than use the difficult situation as an excuse to leave early, Leclerc stayed with Ferrari to watch the race – and even joined the outfit at the podium to help celebrate team-mate Sainz’s runner-up spot behind Max Verstappen.

PLUS: The signs that suggest Leclerc will come back stronger from another Monaco blow

Binotto thought that Leclerc’s behaviour was significant in showing how strong the team spirit was in Maranello after a difficult 2020 campaign.

“I think very positive is Charles being under the podium,” said Binotto. “I think it was him showing that he was there to celebrate with Carlos, and celebrating with the team as well.

“I think that’s very positive, because he’s showing the team spirit we’ve got at the moment. We all believe in our project, and we are all convinced that in the future we will become stronger and stronger.”

Despite a weekend where Ferrari missed a huge opportunity with Leclerc not able to start, the team said there was plenty of reason to feel upbeat about how things turned out in Monte Carlo. 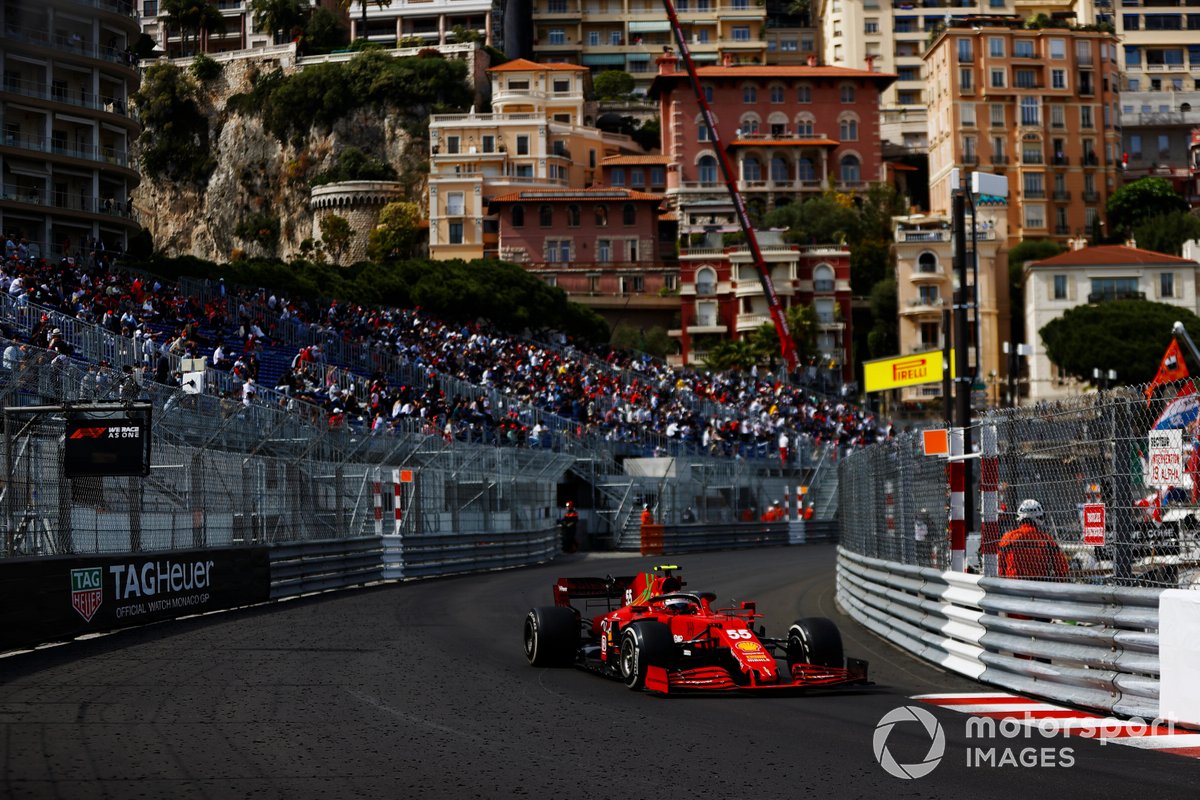 Binotto added: “I think there is overall a lot of positives from the weekend, our first performance of the car here in Monaco.

“The car was performing well since Thursday, in all sessions, and I think that’s certainly positive considering where we were in the past.

“It shows that the car and the team is developing in the right direction. It is also very positive for Carlos, his first podium with Ferrari.

“Carlos is doing very well since the start of the season, integrating with the team, getting the confidence with the car, and I think he really deserves his first podium with us. I’m pretty sure it will not be the last one, and he will get more in the future.”

Sainz’s runner-up spot in Monaco was his first Ferrari podium, and only his second in F1 after being classified third in the 2019 Brazilian Grand Prix when Lewis Hamilton was handed a post-race penalty.