Valtteri Bottas says a “massive bee” hitting his helmet under braking for Turn 2 in Sochi cost him the chance to pull off a first-lap pass on Lewis Hamilton.

The Finn had got a good slipstream after the start of the Russian Grand Prix and was set up to try to get around the outside of his Mercedes team-mate at the first braking zone.

But in the end he went in too deep after revealing that he had been distracted when a large insect smashed into his visor.

“I obviously tried,” said Bottas, who in the end went on to claim victory after Hamilton was hit with two five-second penalties for practice start infringements.

“I knew the start was going to be the first opportunity. Actually, it was a bit compromised because there was like a massive bee or something that hit my visor as I was braking.

“I couldn’t really see when I should brake. So that’s why I went too deep.

“But I knew it was going be a long race after that and, with the medium tyre, I had opportunities.

“But obviously Lewis had penalties, so once I was in clean air I felt the pace was pretty awesome and I could really control everything.” 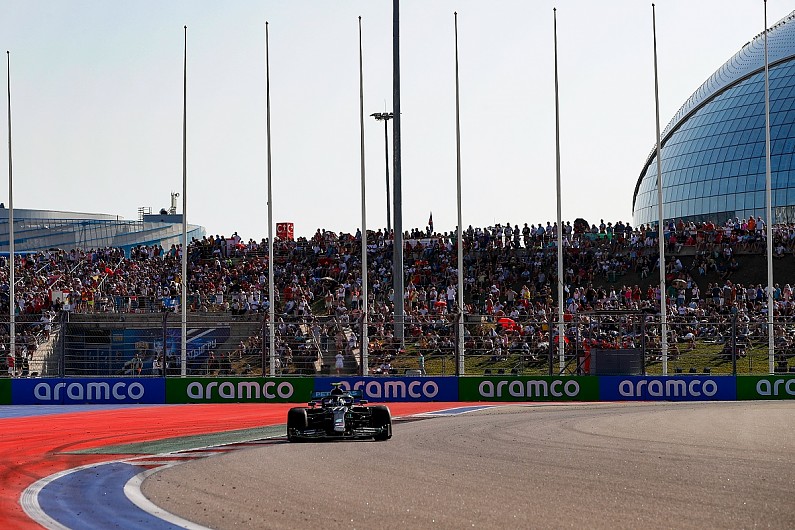 Hamilton’s need to stop for 10-seconds prior to his only pit stop dropped him back into the pack, but he was able to recover to take third place at the chequered flag and minimise the points loss to Bottas who went on to win the Russian Grand Prix.

Clearly disappointed after the race, Hamilton did not want to dwell on why he had made practice starts in the wrong position.

“It was not the greatest day, but it is what it is,” he said.

Asked about the starts and why he had made them, Hamilton said: “It doesn’t matter. It’s done now so. I take the points that I got, and move on.”

Hamilton still holds a 44-point lead over Bottas in the drivers’ championship after the Russian GP.

But potentially of more concern to the championship leader is that he now has 10 penalty points on his licence after the Russian GP sanctions, which means he is just two points away from a one-race ban.