Bottas: Something "fundamentally wrong" with Mercedes in Baku World champion Hamilton ended up 11th fastest in second free practice for the Azerbaijan Grand Prix, with Bottas down in 16th spot – ahead of only the Williams and Haas drivers.

Both Mercedes men said there their cars did not feel terrible to drive but were simply not quick enough.

“It was very, very tricky for us today and clearly we were lacking pace,” said Bottas. “It feels like it’s just overall grip, you know.

“The balance is not that far off. Okay, the car is maybe a bit unpredictable, but it just feels like lacking grip and sliding around. So I think it’s gonna be a long night tonight.”

Asked if the problem was more on single lap pace than long runs, Bottas said: “Slightly better maybe on the long run, but still, we’re lacking pace. That’s for sure. So I think there’s something fundamentally wrong and we need to figure out what.” 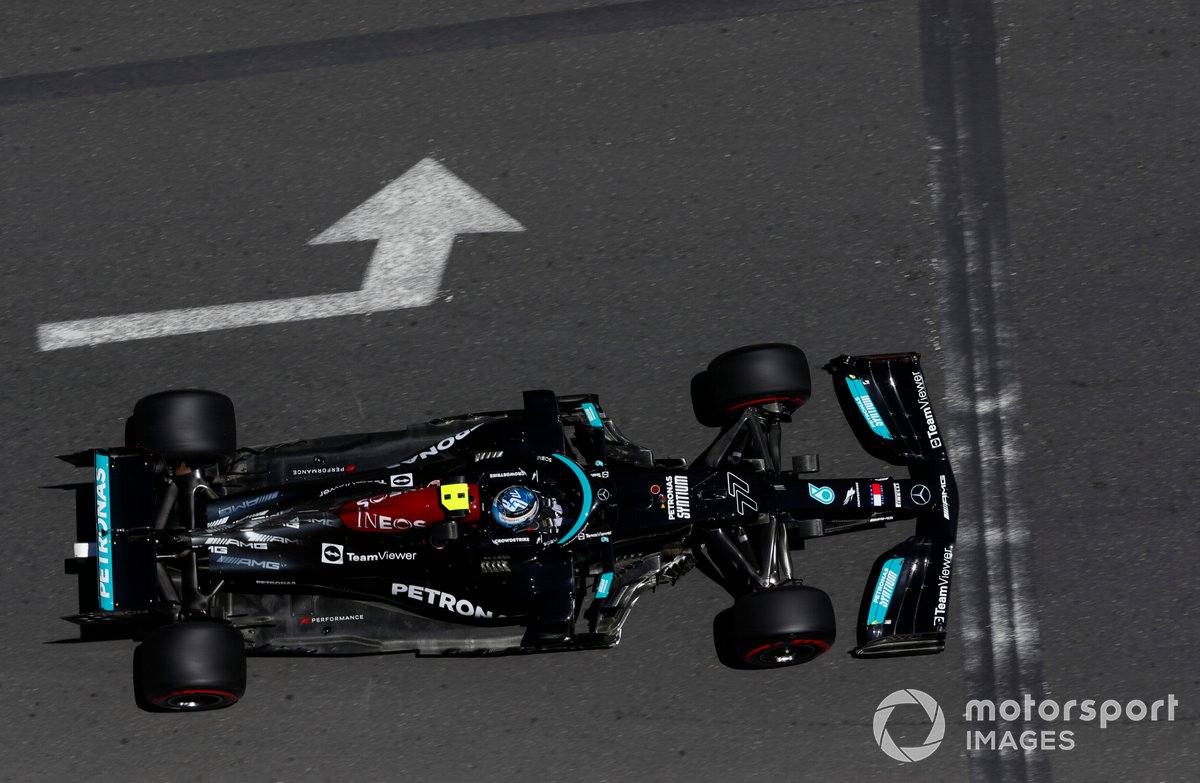 Hamilton said he was baffled about why the Mercedes was so slow, especially as the day overall had not felt terrible from the cockpit.

“It feels clean, I got all the laps that we needed, there were not really any mistakes – I had one lock-up I think in FP1,” he explained. “But in general I feel like I’m driving well and the car felt better in FP1, in this one [FP2] there was just no more time in it.

“So yeah, we’re definitely quite a chunk down. I think everyone will be scratching their heads trying to figure out and looking into the data to try and figure out how we can improve. The long run was better, but yeah.”

He added: “I was pushing, I was on the limit, but the car is limited, there are areas that I should just be quicker but there’s no more grip. So we’ll work it out.

“It’s not easy to be out of the top ten in a place when we’ve had pace in other places. But yeah, I don’t really know why we are where we are.”