Mercedes announced on Saturday that seven-time world champion Lewis Hamilton had signed a new two-year contract, keeping him with the team until the end of the 2023 season.

It leaves one free seat at Mercedes for 2022, with Bottas out of contract and facing competition from Mercedes junior George Russell to be Hamilton’s team-mate next year. Mercedes has indicated it would look to make a decision over the summer.

Russell starred during his one-race appearance for Mercedes in Sakhir last year, almost winning the race on debut, and impressed on Saturday in Austria as he reached Q3 for the first time with Williams.

Bottas called it a “no brainer” for Mercedes to have extended terms with Hamilton, and felt it would soon be his turn to sit down and begin negotiations.

“I just realised that it’s already, July, and August break is only two races away after this one,” Bottas said.

“So I’m sure soon we have to discuss [it] but not today or tomorrow.”

Should Bottas lose his seat with Mercedes for next year, the Finn would seem to have limited options of where else to drive because of the nature of the driver market.

Only Red Bull, AlphaTauri and Williams appear to have openings for next year, making Williams the only realistic option of the three for Bottas to remain in F1. 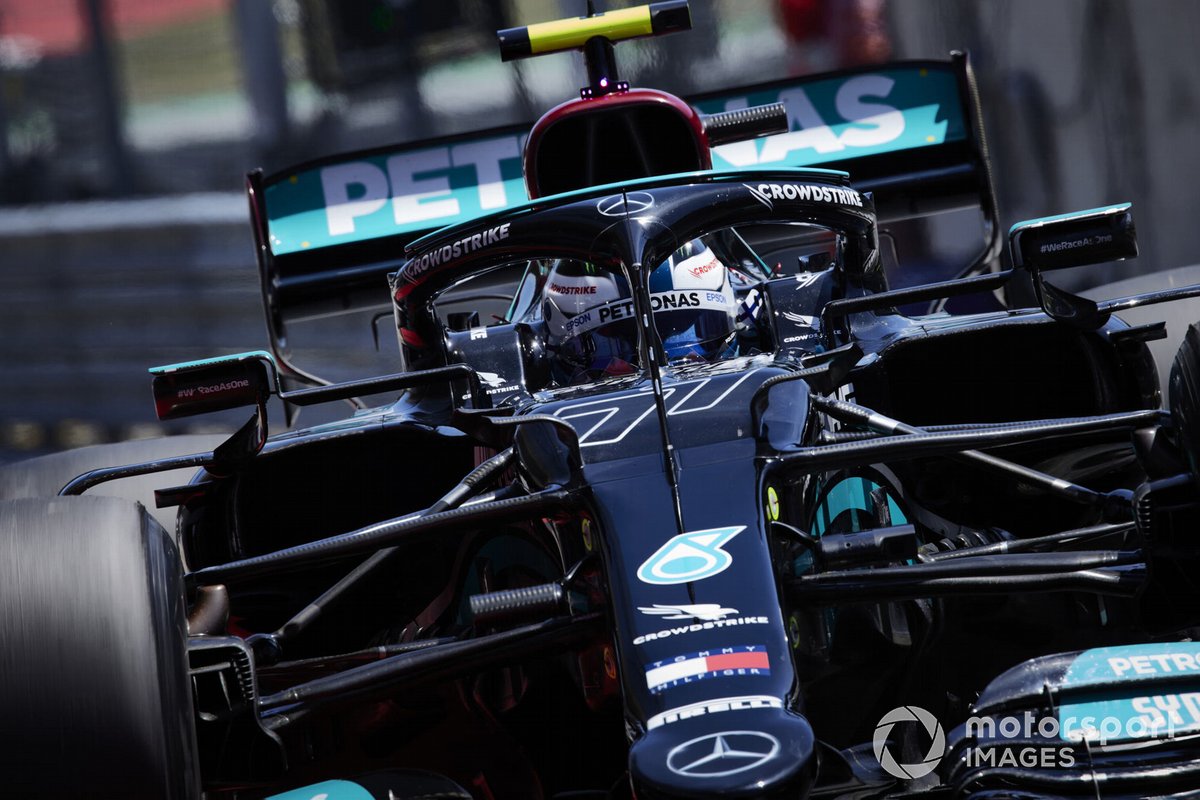 Bottas said that he would want to remain on the grid were he to lose his seat with Mercedes, but would only look into alternative options if necessary.

“Obviously I want to get the understanding from the team, what is the plan, which driver they want in the other car,” Bottas said when asked by Autosport if he was considering options like Williams for next year.

“Lewis is confirmed, the other is still free, so the team needs to decide. I need to have that discussion.

“But I also feel like I have many, many years still left in me. I enjoy racing, I love racing, I love F1, so it’s definitely not done to go to another form of sport or motorsport in the coming years.

“If that was the case that I wouldn’t continue with Mercedes, of course I would look at other options. But it’s not something I need to think about now.

“I also have a good management team, and they haven’t told me anything yet. I don’t know if they’ve been in touch with anyone, because they know how important it is to focus on at this current moment and delivering the best we can, as a team and for me personally.

“And the time will be right soon. I don’t know yet which day, which week. But I think yes, we’ll have to look at all the options and the situation as a whole. But for now, I focus on tomorrow.”