This weekend’s British Grand Prix will pay host to F1’s first sprint event, with a 100km race on Saturday deciding the grid for Sunday’s main event.

F1 chiefs are confident that the shake up to the weekend timetable will prove a hit with fans, and pave the way for it to look at hosting around six sprint events from 2022.

But Ross Brawn, F1’s managing director of motorsport, says that grand prix bosses will only continue with the idea if it works for those who follow the championship.

He is mindful that traditional fans may not be in favour of the new format, and he is aware that if the sprint format does not appeal to a wider audience then there will be no point on pursuing it. 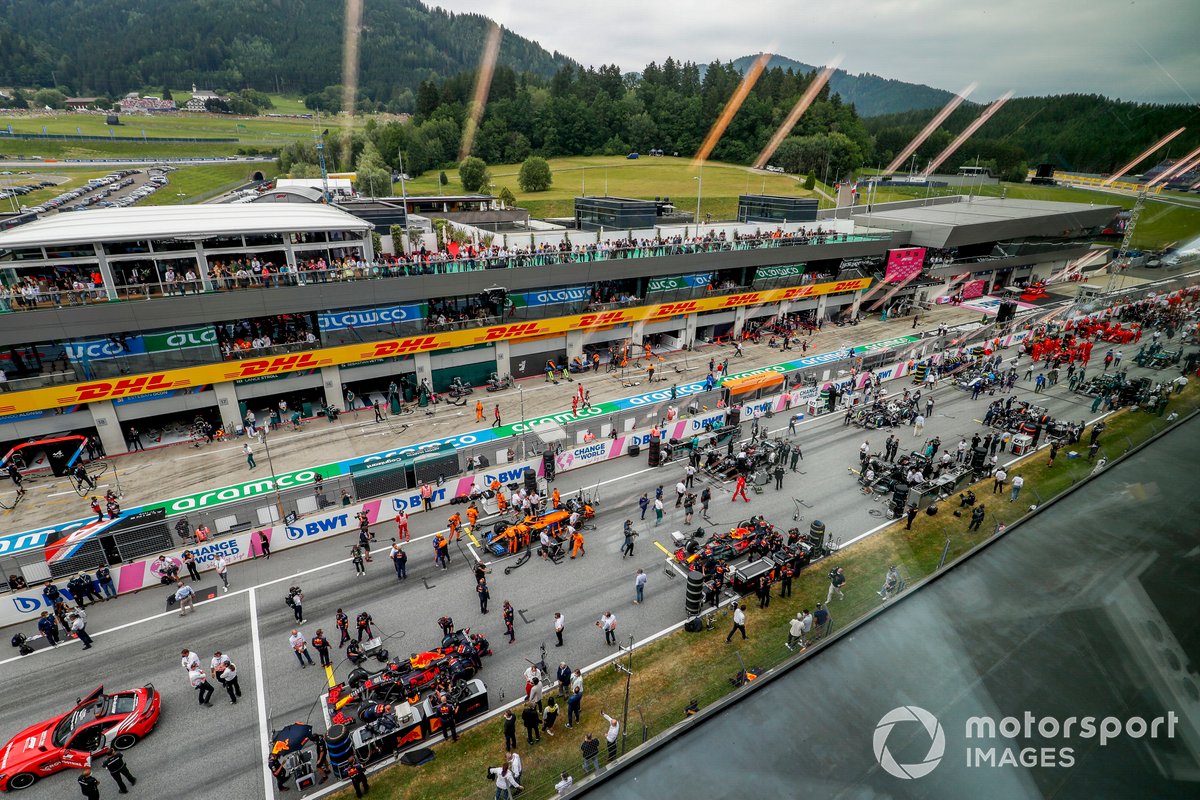 “We will never force this through if it is clearly not a success,” he said. “There’s no incentive in doing it if the audience don’t engage, if we don’t see a strong engagement from the fans, and we don’t see the benefits.

“I think one of the great things about what’s happening is that it is three races, it’s not the season. In the past, F1 has always struggled with the fact that when it’s made an adjustment, it’s made it theoretically for the season.

“We all remember the [elimination] qualifying fiasco, a few years ago, which luckily sort of got corrected partway through the season. I think that was one that everybody forecast was going to be a struggle, and it turned out to be.

“So this is three events where we’re going to trial this format. And if it’s not a success, if we don’t get the response we hope, then we’ll put our hands up and then we’ll stay where we are and we’ll look at other initiatives.”

If F1 does elect to continue with the sprint idea for 2022, then it will face a difficult choice in picking the right venues.

However, Brawn says that F1 will not simply ‘sell out’ by offering the sprint format to the highest bidders, as that would risk them being hosted at venues that might not be best for the fans.

“So it will be up to Stefano [Domenicali] and myself, and one or two others, to make a recommendation of who should be the primary candidates, and the teams will have a say in that as well. But it will be a blend.

“I hope we can get the commercial benefit from all the venues that we go to, because then that will be a stronger argument for the teams to want to do it.

“So I don’t think we will sell out on this, because it has to be a success. If we go to circuits where it doesn’t work and it doesn’t offer any overall benefit, then we know it will have a short life.

“I think we need to make sure we go to circuits where we can demonstrate the value of this and the excitement and success of it, and then we’ll go from there.”