During the build-up to this year’s British Grand Prix at Silverstone, 1996 Formula 1 world champion Hill and three-time grand prix winner Herbert will join forces for a one-off show to remember tales and stories from their time in F1.

The two drivers-turned-pundits will be joined by Sky Sports F1 colleague Rachel Brookes who will interview the pair on stage in front of an audience at Cadogan Hall located in Sloane Square in London – with tickets going on sale at 10am on Friday 28th May.

The Inside Track with Damon Hill and Johnny Herbert has been organised in support of The Halow Project, a charity Hill is a patron and ambassador for, which supports young people with learning disabilities to help them fulfil their potential through personal care. 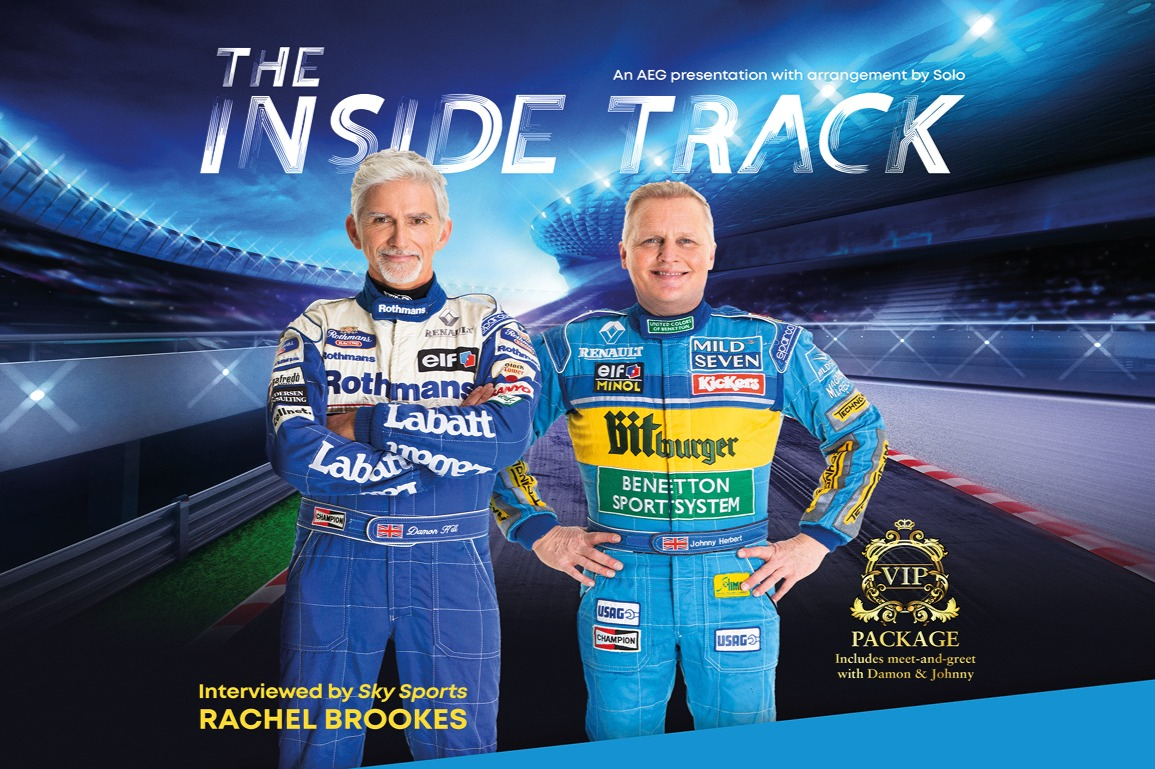 Hill and Herbert are set to swap personal stories about their time racing in F1 in the 1990s, when Hill went on to win 22 grands prix and the 1996 F1 world championship, while fellow Brit Herbert claimed three wins and four additional F1 podiums – highlighted by his famous 1995 British GP triumph.

Tickets for The Inside Track with Damon Hill and Johnny Herbert go on sale at 10am on Friday 28th May and are available to purchase at aegpresents.co.uk.