Stefano Domenicali says Formula 1 is taking a “flexible approach” towards its 2021 calendar amid the ongoing pandemic and revealed alternative races are on standby if changes are required.

After 13 of its planned grands prix were cancelled last year due to the COVID-19 pandemic, F1 announced a 23-race calendar for 2021 that followed its regular scheduling.

But F1 has already been forced to postpone the Australian Grand Prix due to the continued restrictions amid the pandemic, moving it from March to November, while the Chinese Grand Prix is currently off the calendar.

Although F1 has stated its commitment to delivering on the existing schedule, series’ president and CEO Domenicali acknowledged there was a need to be flexible, with back-up events ready if required.

“We are, and I personally am in contact on a daily basis with all of the organisers, because we know that the pandemic is still there, and we know very well about it,” Domenicali said speaking to Sky Sports F1 in his first major interview since starting in his new role.

“That’s why we changed the place in the calendar on Australia. But so far, the information that we have is everyone would like really to go ahead with the plan.

“Of course, we need to be flexible enough to understand that maybe in the first part of the season, we may have some events with no public or with restricted number of public.

“But what I can assure our supporters and our fans is that really we want to make sure that the season is there. We have a commitment, we want to take that on board. 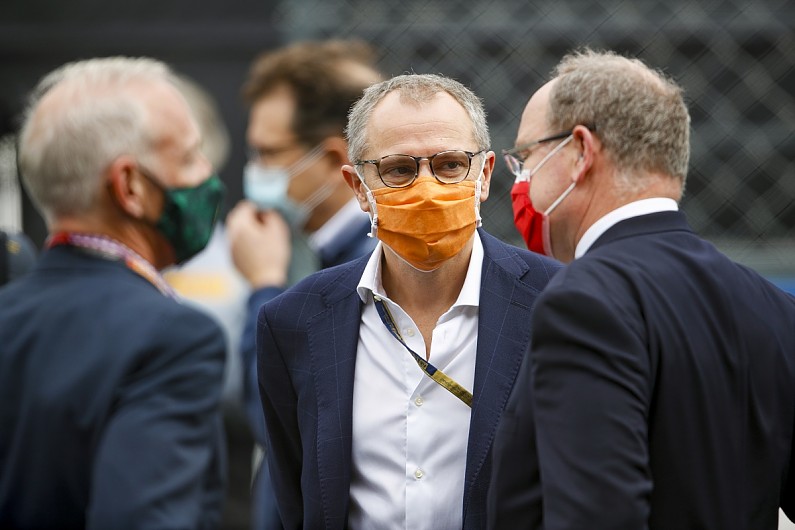 “We have possible alternatives in case of, but so far, no-one has given us different information from what we’ve shared.

F1 has already added the Emilia Romagna Grand Prix at Imola to the calendar as the second round of the season, and is expected to draft in Portimao to host the third race. Both tracks were used as alternative venues in 2020 after the changes were made to the calendar.

The postponement of Australia led to the creation of a third triple-header on the 2021 schedule with a date change for the Brazilian Grand Prix, leading to concerns about the impact the calendar will have on teams.

Domenicali said the length of future F1 calendars would be defined naturally, and that it was feasible to reduce the number of races if the product was right.

“There could be two positions on that respect. Someone can say there are too many, some others that it is not a problem.

“I would say that this equation will solve itself by the fact that if we are able to deliver an incredible product, we may go to a situation where maybe we can go back to a number, a fewer number of races, having maybe the chance of having rotation possibility for certain grand prix, keeping a focus on different areas.

“This is something that is in our plan to think carefully this year, and get ready when the world will be normal again.”