Lewis Hamilton says he feels “not 100%” upon his return to Formula 1 action in Abu Dhabi after being “bed-ridden” by COVID-19 last week.

Seven-time world champion Hamilton was forced to miss last Sunday’s Sakhir Grand Prix after testing positive for COVID-19, but recovered from the virus in time to return for Abu Dhabi practice on Friday.

“I can really feel for those who have suffered from it, those that have lost ones from it, and can understand how because it’s a nasty virus,” Hamilton said.

“But nonetheless, normally I would drive even if one of my arms is hanging off. That’s what we do as racing drivers. Luckily that’s not the case.

“It definitely won’t be the easiest of races, physically, but I will manage and give it absolutely everything I’ve got.”

Hamilton was forced to complete 10 days of self-isolation in Bahrain after his positive test, and said he was “bed-ridden” for most of the week. 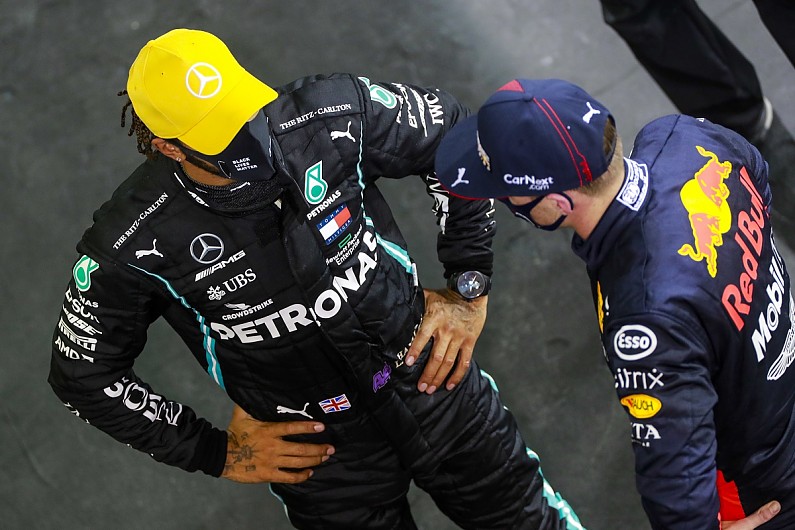 He explained how he felt a lack of energy compared to normal, and revealed he had lost weight as a result of the virus.

“One of the symptoms is that it really drains you. I’m trying to sleep as much as I can, but recharging is not as easy as perhaps it normally has been in the past, plus [I lost] a good amount of weight, just in that week.

“But it’s by no means going to get in the way of me going out and giving my all tomorrow.”

Hamilton missed out on pole position by 0.086 seconds, but felt the damage picked up to his floor after running wide over the kerb at Turn 20 in Q1 was not enough to have changed the result.

“It did have a little bit of damage,” Hamilton said.

“It’s the first time I’ve gone wide there all weekend, so just a little bit of damage to the floor.

“I don’t think if that hadn’t been damaged then I would have got pole. I’m sure it doesn’t help, but nonetheless the guys did a great job to try and patch it up. They’ll fix it overnight.”