F1 commits to hybrid power units for next generation of engines Formula 1 is committed to hybrid power units for its new generation of engines, as it believes a push on sustainable fuels can have a positive impact on the environment.

F1 is planning on switching to a new concept of engine from 2026 at the latest, with teams having agreed to stick with the current turbo hybrid V6s for now.

And while Honda’s decision to quit F1 after 2021 prompted talk about the need for the championship to perhaps look at more radical engine technology, like electric or hydrogen when it comes to the new rules, the sport has reaffirmed that it believes a new generation of hybrids is the right way to go.

PLUS: Why Honda’s F1 exit will not force F1 hybrid U-turn

It believes that its focus should not be on an all-new engine direction, but instead pushing the boundaries with sustainable fuels, with any innovation then transferring across to the real world.

In a statement from F1 detailing its sustainability push, it was made clear that the knock-on impact of improving fuel available to the public could be of huge importance.

“It is important that the most visual part of our sport is sustainable and can have real world benefits,” said F1. “We believe that with over one billion of the 1.1 billion vehicles in the world powered by internal combustion engines, we have the potential to lead the way in technologies that reduce automotive carbon emissions globally. 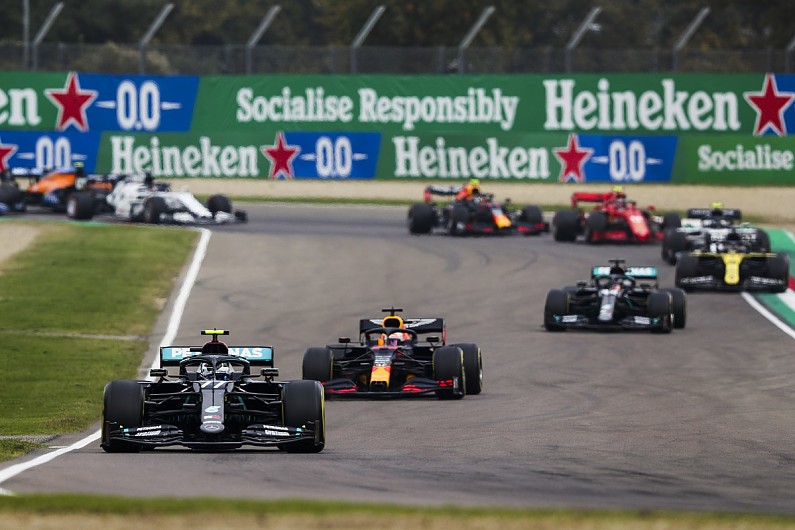 “We also believe that there is not a single solution to the engine technologies of the future but that a sustainable fuel hybrid engine will be a significant moment for the sport and the automotive sector.”

The championship has set up a working group of F1 and FIA personnel to investigate future engine technology based around the use of sustainable fuels.

It added: “This group will be expanded to include specialists from the OEMs and energy suppliers as well as seeking expertise from independent research groups.”

F1 also detailed how it has made progress with its bid to reduce the sport’s carbon footprint.

It has been awarded the highest sustainability accreditation that the FIA can award, plus it has managed to fast-track what was a two-year plan to reduce the broadcast facilities needed at races and run it remotely from its Biggin Hill headquarters instead. This has reduced staff and freight by around one third.

From 2021, F1, the FIA and teams aim to significantly reduce the amount of single-use plastic bottles, cutlery and food waste in the pit and paddock.

While F1 is looking to become carbon neutral by 2030, Red Bull has announced its own plans to cut its own emission dramatically.

As part of a new ‘No Bull’ project, it wants to be net carbon neutral for this season, and reduce its CO2 emission for the 23-race schedule next year by 5000 tonnes. It has partnered with Gold Standard to help offset any unavoidable emissions.