F1 News: Renault had "no interest" in F1 future if rules didn't change

Renault Formula 1 boss Cyril Abiteboul admits the manufacturer would have had “no interest” in continuing as a “second tier” player had the category’s rules not undergone change for 2021.

Last week interim CEO Clotilde Delbos moved to address doubts about the company’s future in F1 by confirming that it remains committed, while emphasising that the reduced cost cap limits that begin in 2021 played a crucial role in the decision to stay.

Even before the COVID-19 pandemic struck Renault had spent some months conducting a review of all its operations, including motor sport activities.

The end of the current Concorde Agreement and lack of any commitment to engine customers from 2021 in theory gave Renault an opportunity to walk away.

Last week the company announced that it would cut 15,000 jobs worldwide as part of an attempt to save €2bn, but Delbos confirmed that the racing programme would continue to be a key part of its marketing strategy.

“There’s been lots of speculation regarding Renault’s commitment in F1,” Abiteboul told Autosport.

“I think clearly she’s put a stop to the speculation, and that was necessary.

“Obviously there was an announcement of major plans, a review of the way the company was operating, the priorities of the company, and therefore I guess there was some speculation that F1 could be seen as an opportunity to save costs. 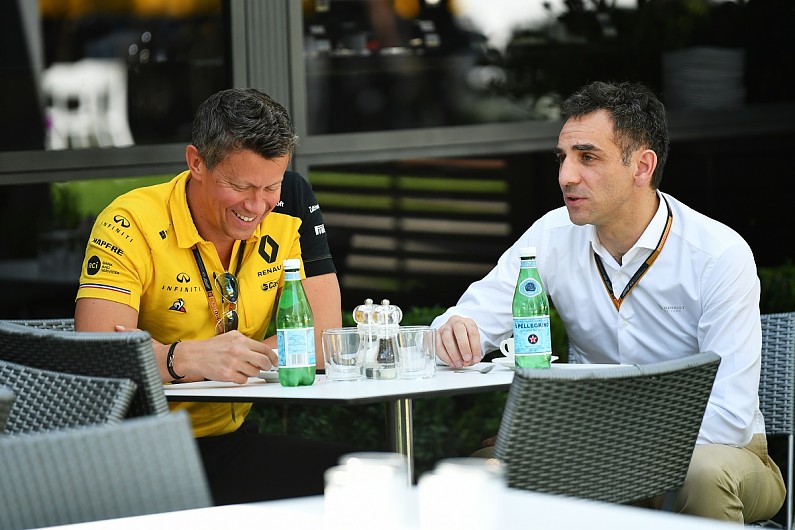 “But actually she has made it clear that it’s not just a cost, but also an investment, and the costs associated with that investment were becoming better and better, and not just because of the last regulations.

“Frankly it’s an ongoing process, it’s not just the process and the announcements of last week.

“The process started basically when we came back in 2016. It was our expectation then that at some point there would be some financial regulations containing the arms race, and also on the engine side and so on and so forth.

“We’ve been driving and lobbying for that since that point, and clearly with the recent announcements there was no reason not to make it clear that Renault is fully committed.”

Abiteboul says that the F1 team management has been in continuous contact with the top executives about the future regulations.

“We have a very regular opportunity to meet with the executive management of Renault,” he said.

“We are very frequently reporting on what’s going on in our world, which is a world that is very different from the road car business.

“Again, last week was not a one-off. We have had multiple occasions to exchange about the direction F1 was taking, from the strategic perspective, but also in terms of marketing, in terms of what is being done to make the show better, to make the marketing platform more valuable, and also to make the cost more reasonable – not just the cost to participate, but also the cost to be competitive. 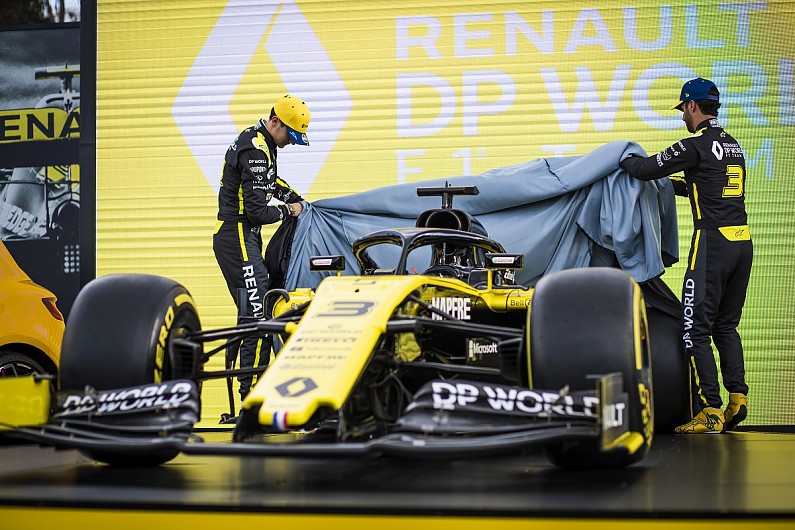 “Because at the end of the day that’s what we want, we want to be competitive, and it was very clear that in the current set-up there is absolutely no possibility to move from the second tier into the first tier.

“We had absolutely no interest to be part of that. But the budget cap is changing that, and the technical regulations are changing that.”