Ferrari Formula 1 chief Mattia Binotto will be absent from this weekend’s Turkish Grand Prix in Istanbul, instead running the team from its base in Maranello.

Binotto recently revealed that he planned to miss some of the remaining races in the current season in order to see how feasible it was to manage the team remotely.

Looking ahead to this weekend’s race in Turkey, Ferrari F1 sporting director Laurent Mekies confirmed Binotto would be remaining in Maranello for the weekend.

“Mattia has always approached his role in an innovative way, trying to think outside the box,” Mekies said.

“He has come up with a method of working that gives the flexibility to manage the priorities in the most efficient way possible: he had already adopted this approach when he was technical director and has applied it even more so now as team principal.

“At first it might seem strange not to see him physically in the briefings or on the pit wall, but he will make use of all the current communication technologies so that his voice and input will be loud and clear to everyone, both inside and outside the team.”

With F1 set to embark on a record-breaking 23-race calendar in 2021, all teams are currently evaluating how to best rotate their staff in order to avoid burnout, reaching as far up as the senior management.

Binotto is not the first senior F1 team member to opt to skip a race weekend in recent years. Mercedes 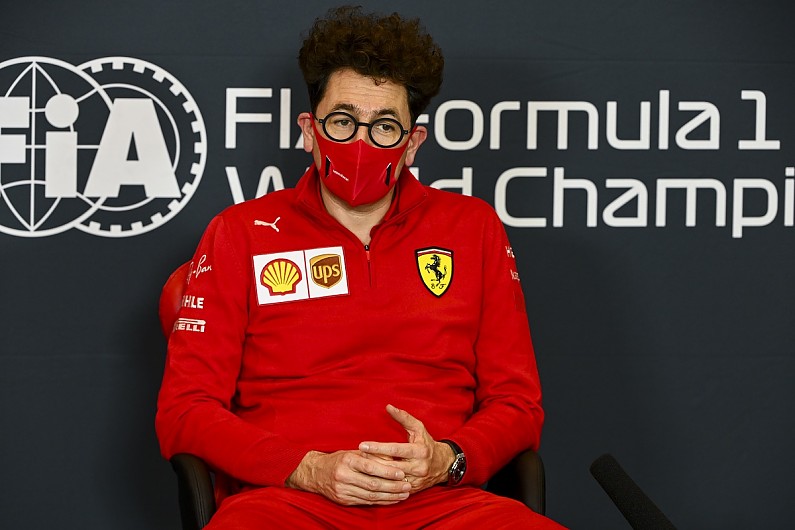 F1 chief Toto Wolff missed last year’s Brazilian Grand Prix as a trial to potentially not travel to more events in the future, but has attended every grand prix this season.

Binotto said at Imola two weeks ago that it was crucial Ferrari looked after its staff to ensure they had the “right level of efficiency, concentration and focus” despite the challenges of next year’s bumper calendar.

“Considering myself, you need to balance your tasks at the race track and at the factory,” Binotto said.

“The factory is important, where we are developing the car and preparing the cars.

“For myself, I think I will not be at all the races. Even in 2020 I am considering skipping some of the races in the last part of the season, starting from Turkey.

“But that is more of an eventuality for next year, because when you are responsible for an entire team, certainly the race event is important, but also the entire management of the team is important.

“[When] increasing the number of races, there is a judgement that needs to be done to take care where you can on some engineers and technicians to eventually find a balance.”