Leclerc took a shock pole position for Ferrari on Saturday in unusual circumstances after crashing at the end of Q3, bringing the session to an early end.

The heavy crash at the exit of Swimming Pool left Leclerc and Ferrari concerned about damage sustained to his gearbox, only for checks to show that “no serious damage” had been sustained.

Ferrari announced on Sunday morning that it would not be changing Leclerc’s gearbox, keeping him on pole, but when it fired up the car ahead of the race, an issue quickly emerged.

The team revealed a problem with the left driveshaft had been found on Leclerc’s car, meaning he was unable to start the race at all.

Ferrari F1 chief Binotto said after the race that the team was still working to fully understand the issue, and that it could be totally unrelated to Leclerc’s Q3 crash.

“We need to fully understand what happened,” Binotto said on Sky Sports F1.

“The failure is on the driveshaft into the hub on the left-hand side. So it’s not a gearbox problem we had. The gearbox had been inspected yesterday evening, it has been reviewed, and I think the gearbox was OK for the race.

“But something which we need to carefully understand and analyse, and we have no answer right now.” 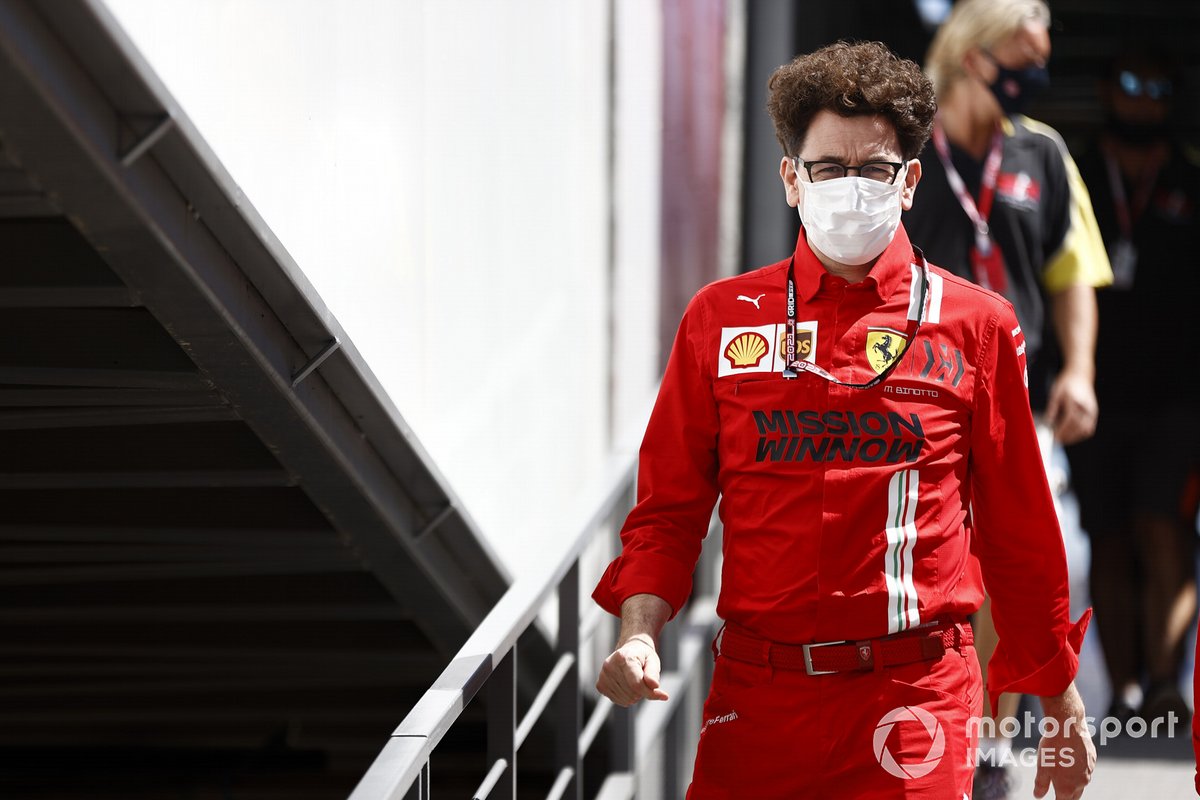 Asked if the issue had emerged for Ferrari before, Binotto replied: “No. Let’s wait and see. I think we can only analyse the pieces carefully on the data, try to have a clear explanation.”

Leclerc said after failing to make the start that it was “difficult to take”, having sensed an opportunity to score his first victory since the 2019 Italian Grand Prix.

Binotto was adamant on Saturday that Ferrari would not take a risk with the gearbox on Leclerc’s car, fearing a retirement, but made clear that the driveshaft issue was unrelated.

“As I said, it has not been a gearbox failure,” Binotto said.

“There was no gamble on the gearbox. We are confident the gearbox would have been OK for the race.

“But again, what happened needs an explanation, that we do not have right now. As I said, we will need to analyse.”