Ferrari reveals cause of slow F1 pitstops in 2020 Ferrari has revealed the cause of its slow Formula 1 pitstops through the 2020 season after conceding its times are “a long way off the best”.

The Italian squad has encountered a number of issues at pitstops this year, most recently at the Sakhir Grand Prix when Sebastian Vettel lost time due to slow stops.

Vettel said after the race in Bahrain that the pit equipment “probably needs an overhaul” after completing stops taking 4.5 seconds and 6.5 seconds.

The team revealed ahead of this weekend’s season finale in Abu Dhabi that over 20% of its pitstops this year have taken over 3.5 seconds.

By comparison, Red Bull has regularly topped the pitstop times this season, achieving a sub-two second stop at four of the last seven races.

Ferrari acknowledged ahead of the Abu Dhabi Grand Prix that its average pitstop time “is a long way off the best”, and “there might have been a few more points on the scoreboard” with quicker services.

It has now revealed that a wheel nut issue has been identified as the root cause of the slow pitstops, with plans in place to rectify the problem for next year.

“It’s true that the number of stops over 3.5 seconds is too high by the Scuderia’s past standards, but the vast majority of times that there has been a less than optimal stop, it has been down to a specific problem linked to the wheel nut,” said Diego Ioverno, Ferrari’s vehicle operation engineer.

“The thread is not strong enough and so the nut has stripped several times. It’s a reliability problem we are working hard on to fix for next year. 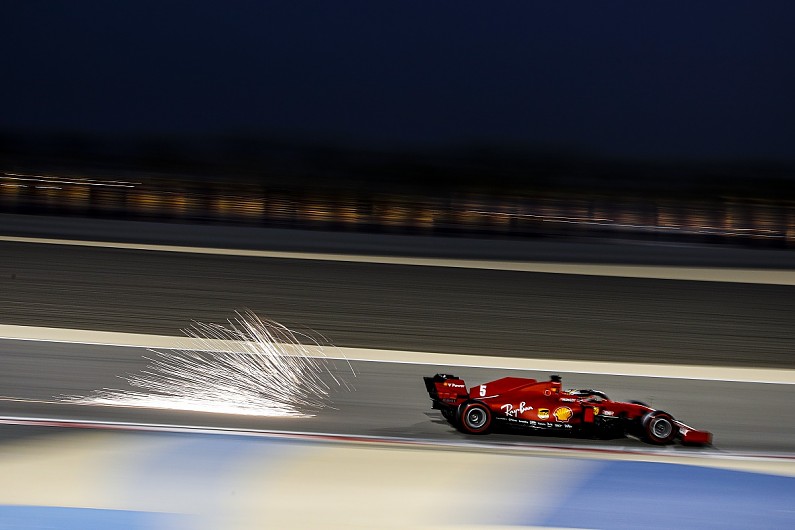 “When the guys feel, even unconsciously, that they are using a component that is more at risk, with a margin of error for engaging the wheel-gun that is much smaller, that has a negative effect on the whole procedure.

“That can be seen from the fact that for us, an average time for a good pitstop is 2.73 seconds, which means there is room for improvement there too.”

Ioverno also explained that the Ferrari pit crew is “relatively new” as part of Ferrari’s ongoing restructuring and rebuild, and would take time to gel together.

“It is clear therefore that it takes a little time for all those involved in the pitstop to gel,” he said.

“There is no other sport that calls on perfect synchronisation of over twenty people. That’s why the best teams are the ones that have used the same crew for several years.

“So, apart from reliability, we also need to work on this area, both through specific training sessions and psychological and physical training and that will be another priority over the winter in preparation for 2021.”