Pierre Gasly says the AlphaTauri team is “more motivated than ever” to improve its 2020 Formula 1 car following his shock victory in the Italian Grand Prix.

Gasly’s triumph at Monza – the team’s second triumph in 12 years after Sebastian Vettel’s win at the same race in 2008 for what was then called Toro Rosso – continued his strong run of form in the first half of the 2020 season.

The Frenchman has made it through to Q3 five times so far this season and taken four additional points finishes, despite the AlphaTauri AT01 being set towards the back of F1’s ‘Class B’ midfield group in the performance stakes – though his strong run hit a bump in the Tuscan GP when he crashed out on the opening lap after failing to advance from Q1.

“[It’s] big credit to the team because they’ve been doing a very good job setting up the car every time very well for myself – in quali and for the race,” Gasly said when asked by Autosport what it is he feels is strong about AT01 to help him take strong results.

“We really took a step this year in our approach in making the car faster from session to session, and extracting everything from it.

“Even though we don’t have the fastest car of the midfield at the moment, we still for some reasons – because the team is really working very well and delivering very strong performance – we managed to grab every opportunity we have on Sundays.

“Yeah, they made a step compared to last year, they keep pushing, they have clear targets on downforce levels – what we need to improve compared to others, the weaknesses we have, our strengths.

“And now I think people are more motivated than ever to deliver even more.

“I’m really happy to have given them this boost, because we have a strong package and I’m pretty sure we can get an even stronger one before the end of the year.” 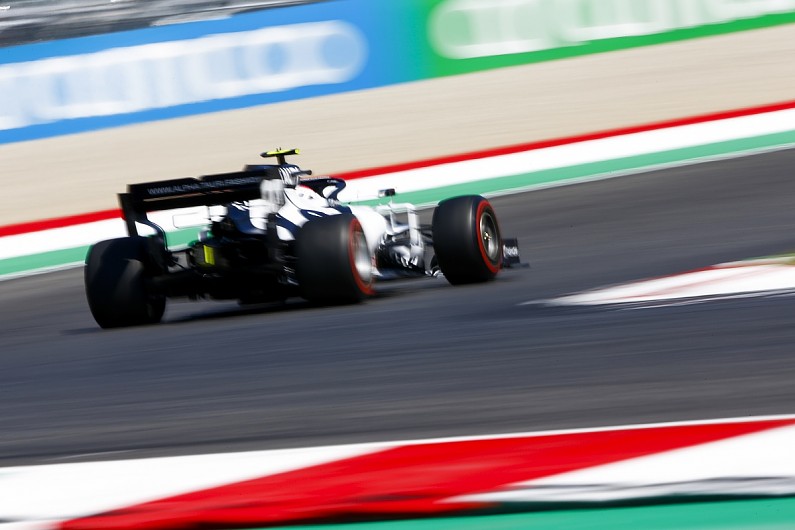 Gasly’s team-mate, Daniil Kvyat, said AlphaTauri is set to “try to improve and work on the areas that we perhaps have been lacking a bit”.

“And that’s the target until the end of the year as a team – to try and take the maximum out of the current package and that’s what we’re going to do,” he added.

“So there are still plenty of races to go, many opportunities, and as you can see, races with unusual circumstances can happen and it’s important to be there to grab those opportunities.

“Sometimes it can be very interesting.”