Giorgio Piola is a much-celebrated figure within the Formula 1 paddock, famous for his technical artworks that span over 50 years of the championship’s history.

Having first attended the 1969 Monaco Grand Prix, Piola continued to document the evolution of F1 car design over the next five decades, and continues to illustrate technical developments today in his own inimitable style.

“I was always passionate in making drawings of everything,” remembers Piola, “but from 14 years old, I concentrated on cars, especially Formula 1 cars. I was always making drawings even at school, listening to the teacher, but making the drawing in the same time.

“And this way, I could teach my eyes to be able to see like a wide angle view and to see in two opposite directions, so my drawing on the table, and the teacher on the desk, and this helped me a lot in Formula 1 because I’m able to spot any little detail, even without the people are really thinking that I’m looking at it.”

Piola’s formative days of drawing in school laid the foundations for a career in motorsport, producing vast, sprawling illustrations of some of the most iconic cars in F1’s history. One of his most famous drawings is of the Lotus 72, one of the most technologically advanced cars of the early 1970s and still influences the design of modern F1 machinery, and the original drawing was two metres in length and took Piola 40 days to complete.

Today, Piola’s work has taken on more modern techniques, but he still remains faithful to his roots and produces the original drawing by hand before making any further modifications digitally. 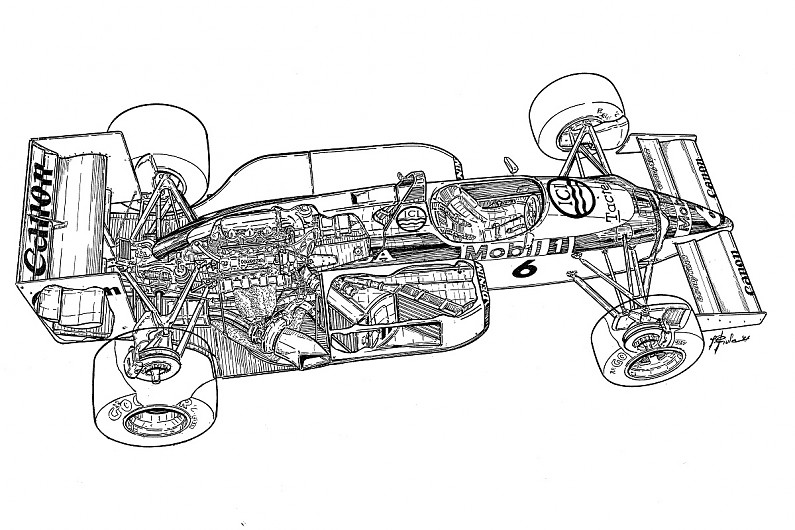 “At the time in the 70s, and even in the 80s, the job was completely different,” Piola says. “I had totally free access to the garages and there are some pictures that show me in Rio de Janeiro in swimming clothes beside Alain Prost’s world championship-winning McLaren, taking sketches and nobody was interfering with me.

“Now the work is totally different. There is a lot of security. There is a lot more electronics and parts that are more difficult to do, and also my way of drawing is changing. Before I was doing big cutaways, bigger than one metre, 40 days of work with the Rapidograph 03 all by hand, and was a huge amount of work. Now, with the computer everything is easier, and we use it to retrace pictures.”

Another aspect of his work that Piola remembers fondly is of being able to speak openly with the engineers of the cars he drew – although relationships sometimes became strained when Piola discovered new designs and devices that the designers wished to keep secret.

He once drew the ire of Ligier designer Gerard Ducarouge, having come across a hidden valve system on the Ligier JS11 – known as the “clapet” – at Watkins Glen which stalled the ground effects to improve top speed, but Piola celebrates other feted technical personnel for being willing to talk about their innovations with him.

“Another wonderful aspect of the first 30 years of my career,” Piola adds, “was the human relationship between myself and the engineer, were completely open. There was no block , there was not PR, there was no press people that were blocking the engineer, and we could talk – even at dinner, or even at breakfast – and it was wonderful.

“I have very good relationship with geniuses that I adore like Patrick Head, Gordon Murray, John Barnard, Adrian Newey and all these people we could talk freely – for hours, even!” 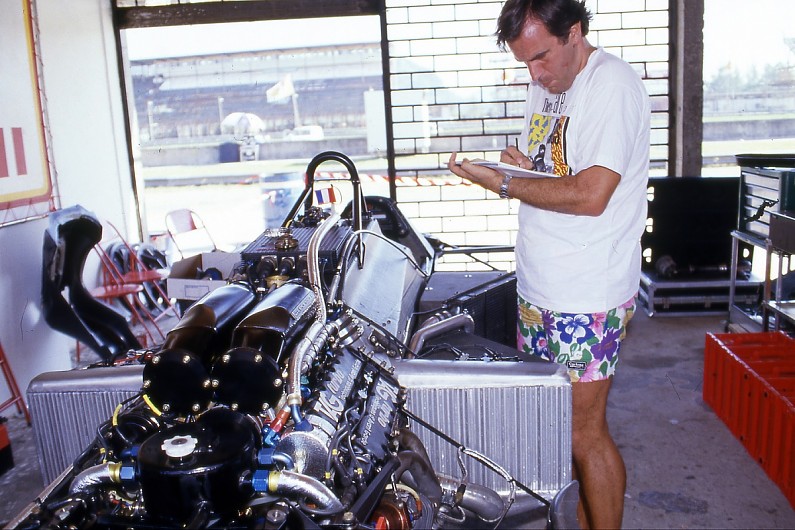 Today, his illustrations concentrate on the race-by-race upgrades produced by teams across the grid, bringing life to the new innovations that modern F1 teams can often develop. This eye for detail and innovation now also extends to his passion for designing high-end Swiss watches, works of art which he is proud to present to his fans and the motorsport community.

Having started out with black and white line drawings, wielding his trusty Rapidograph 03 for shading in minute detail – to the point where he could sometimes become numb in his fingers after drawing for hours on end – Piola now uses modern techniques to add colour to his drawings.

“I still have the black and white trace. And the very important thing, is now it’s easier because with the computer I have to scan that drawing, so I can split the image into pieces to make the difficult detail bigger. Even if I do a mistake, I can correct easily as I scan the drawing.

“At the end that is very nice to see, if you want something a little bit technical, the black and white trace – but everybody likes now to have a colour drawing.”

If you would like to own a piece of F1 history and marvel at the striking technical details of some of Formula 1’s most iconic cars, prints of Giorgio Piola’s original artworks are available to purchase at giorgiopiola.com. 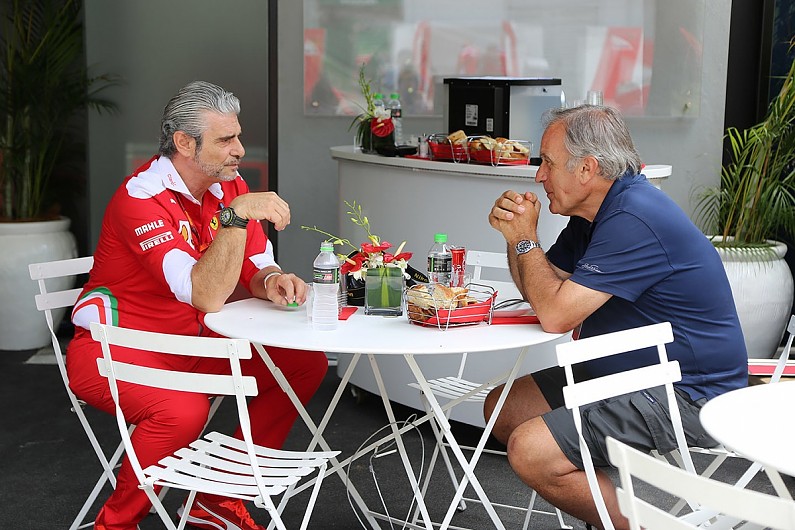 The new SPEEDTRAP collection of timepieces, designed by Giorgio Piola and inspired by Formula 1, are now available to purchase via Kickstarter for as little as $400.

Available in five different colours and made in Switzerland, the SPEEDTRAP collection is a sleek and elegant watch that will make a perfect fit for any motorsport or watch enthusiast. 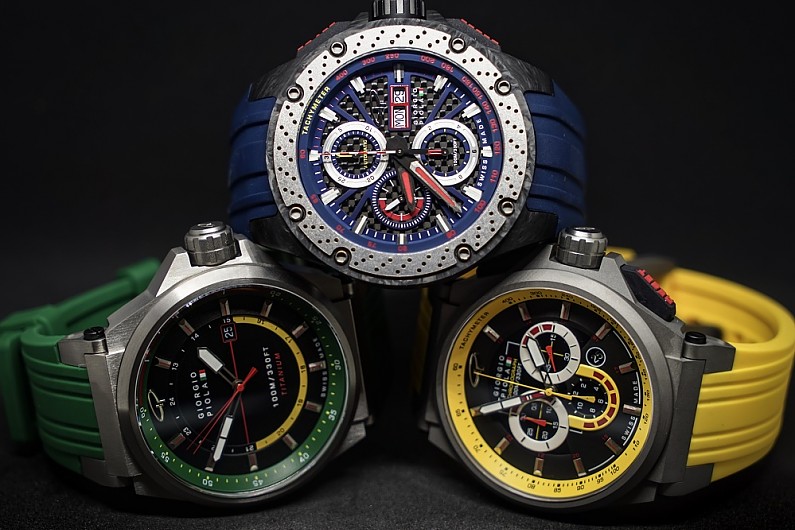