Mercedes announced last Saturday that Hamilton had signed a new two-year contract, ensuring he will remain with the team until at least the end of the 2023 season.

Hamilton’s long-term F1 future had been subject to speculation after he only signed a one-year extension with Mercedes back in February to cover the 2021 season.

PLUS: What Hamilton’s contract means for his long-term F1 future

But the British driver always made clear that his future beyond this year would not depend on any on-track success as he went in search of a record-breaking eighth world title.

Hamilton has faced his sternest challenge for an F1 title in over five seasons so far this year against Verstappen, who leads the drivers’ standings by 32 points after winning the last three races.

Speaking after his new contract was announced, Hamilton explained how much he was enjoying the fight against Red Bull and Verstappen, and how his passion to continue racing had not wavered at all.

“At the start of this season, when the cars were so close in performance, pretty much equal, then it was really one of the most exciting times that I’ve had for some time, to be able to have this battle for Red Bull,” Hamilton said.

“Honestly I was really hoping that it would continue on like that through the rest of the year, but as you’ve seen, they’ve taken a huge leap forwards.

“We’re always in different places in our lives, and it’s important that we take time to evaluate.

“It’s important that we do what’s right for us in terms of health and mental wellbeing.

“It’s always a good time to try and reflect and see what’s next. I found myself just waking up, thinking about racing. So I wanted to continue to race.

“I guess it has been reinvigorating the love that I have for this sport and love for what I do.” 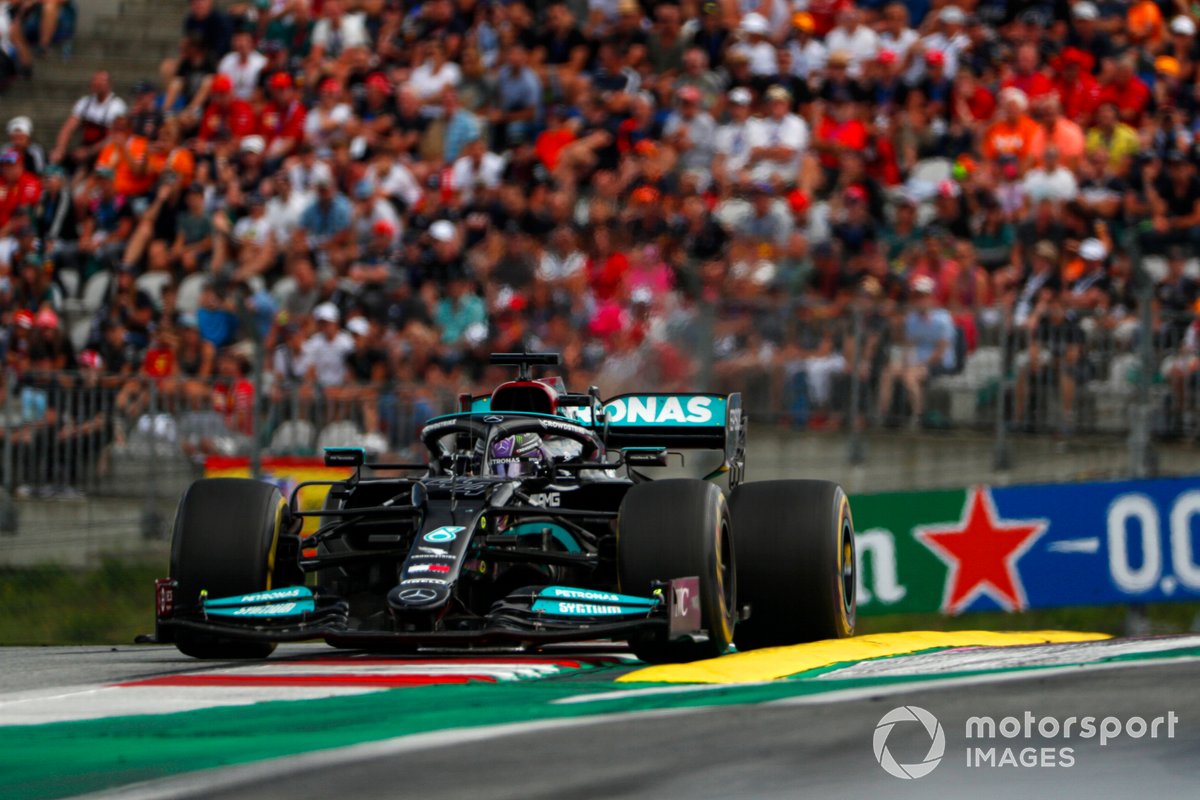 Hamilton has been F1’s leading voice in the series’ recent push to improve diversity and inclusion, and remains heavily engaged with its leaders over plans for the future to help more people from underrepresented backgrounds get into the industry.

Hamilton said that he remained eager to “be a part of helping the sport evolve and be as great as it can be”, and also paid tribute to Mercedes for the support it was giving him to enact long-lasting change.

“It’s amazing to see what Mercedes are doing, the support that they’ve given me through this period with BLM, with turning the whole car black for the second year in a row, for really pushing for a more diverse and inclusive environment,” Hamilton said.

“It’s amazing, the conversations we’ve had. It’s an amazing, new part of the journey that we’ve started.

“For sure, several years ago, I could only have dreamed of being in this position. I’m excited for what that can be.”