Lewis Hamilton says Romain Grosjean’s “horrifying” fiery accident on the opening lap of the Bahrain Grand Prix acts as a reminder of the danger of Formula 1.

Contact with Daniil Kvyat resulted in Grosjean crashing out at Turn 3, with the subsequent impact against the barrier tearing his Haas F1 car in two before sparking a large fire.

Grosjean was able to clamber out of the wreckage that was quickly tended to by the FIA medical staff, who helped subdue the fire using extinguishers.

Grosjean has since been taken to hospital in Bahrain with a suspected broken rib, having also sustained light burns to his hands and ankles.

The incident resulted in a wait of more than an hour for the race to resume while the barrier was repaired under the red flag.

Speaking immediately after taking his 11th victory of the season over Max Verstappen, Hamilton was asked for his thoughts on Grosjean’s accident.

“It was such a shocking image to see,” Hamilton said.

“When I get in the car, I know that I’m taking risk, and I respect the dangers that are in this sport. I posted about it [on social media] whilst I was in that break because it’s horrifying. 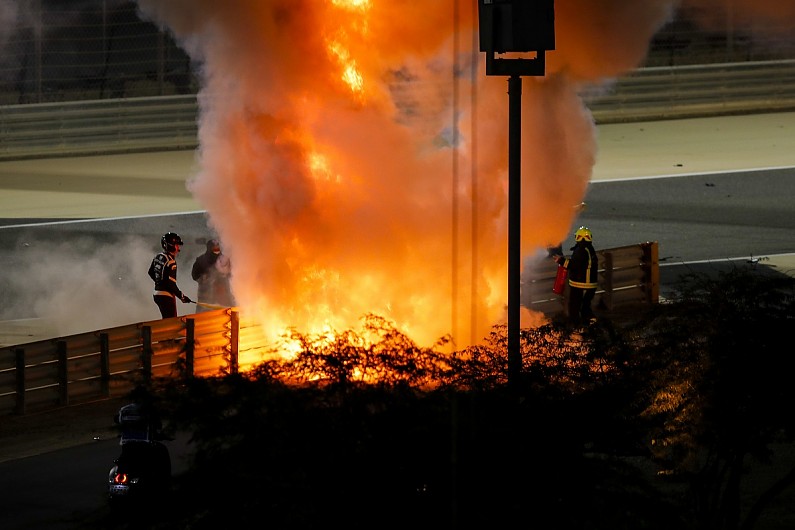 “The cockpit, I don’t know what Gs he pulled, but I’m just so grateful that the halo worked.

“I’m grateful the barrier didn’t slice his head off or something like that. It could have been so much worse.”

Hamilton said the accident served as a reminder of the dangers that F1 drivers face each time they step into the car.

“It’s a reminder to us, and hopefully to the people that are watching, that this is a dangerous sport,” the Mercedes driver added.

“We are out there pushing to the limit and that limit, it needs to be respected.

“I think it shows an amazing job that F1 has done the FIA have done over time, to be able to walk away from something like that.

“But of course, that will be investigated and they will do a lot of work to try and make sure that that doesn’t happen again.”

Hamilton only briefly lost the lead to Verstappen during the first round of pit stops, but acknowledged that it was hard to get back in the right mindset following the lengthy delay.

“It really was physically very demanding,” he said. 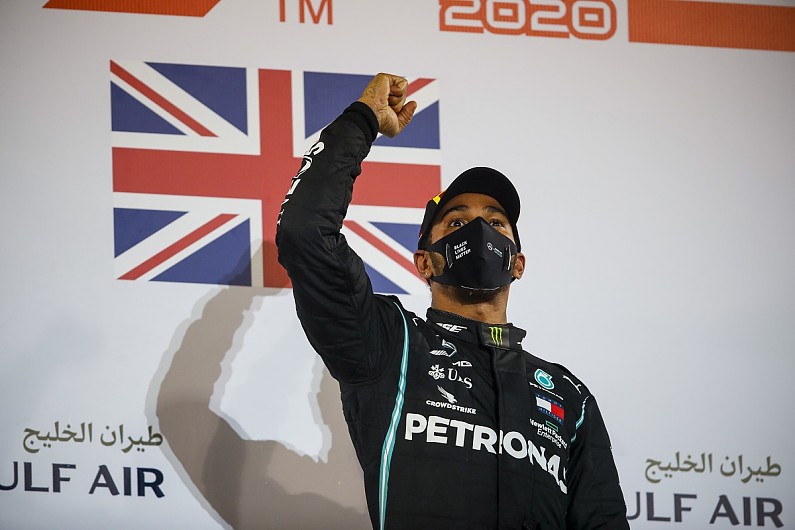 “With the break that we had at the beginning, you get into a mindset, you go out and you get a good start, and then that hour wait that we had, it so easy to step out of the zone.

“That was quite tricky, but then getting back in, [Red Bull] had a lot of speed today so I was flat out the whole way, trying to try to keep them at bay.

“This track has always been physical we got lots of high speed corners. So I was definitely feeling it.

“I managed to just about reply to [Verstappen] when I needed to, but it was sliding around a lot out there and I wasn’t really quite sure how it would play out at the end.

“But I’m massively grateful and thankful to my team, because they at the end of the day did a great job with the strategy.”