Lewis Hamilton is facing a Formula 1 stewards’ investigation over a practice start completed ahead of the Russian Grand Prix.

But Hamilton was spotted completing a practice start at the very end of the pit exit slip road en route to the grid, passing the kink at Turn 1.

Drivers are only permitted to complete practice starts at pit exit for safety reasons due to concerns about the closing speed of cars coming through Turn 1 on the track.

Race director Michael Masi outlined on Thursday in his pre-race event notes where drivers are permitted to complete practice starts.

“Practice starts may only be carried out on the right-hand side after the pit exit lights and, for the avoidance of doubt, this includes any time the pit exit is open for the race,” Masi wrote.

“Drivers must leave adequate room on their left for another driver to pass.” 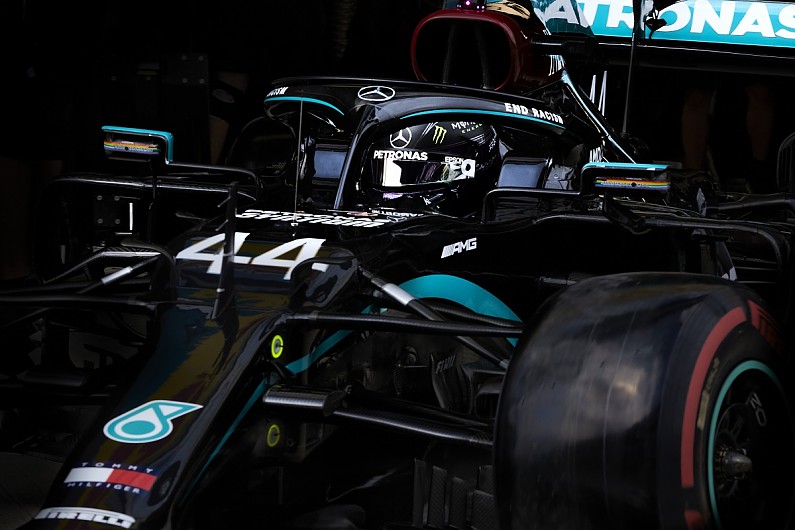 The stewards swiftly confirmed that the incident involving Hamilton was under investigation for complete a “practice start outside of the designated area”.

It puts Hamilton at risk of a penalty ahead of the Russian Grand Prix where he was aiming to equal Michael Schumacher’s record of 91 grand prix victories.

Hamilton also already has eight penalty points on his FIA super licence, and could be set to receive further points as a result of the incident.

Any driver who accrues 12 penalty points in a 12-month period is handed a one-race ban.

It marks the second stewards’ investigation Hamilton has faced in Russia, having also been investigated for a rule breach at Turn 2 during qualifying on Saturday.

Hamilton failed to negotiate the escape route set out by Masi at Turn 2, but avoided a penalty as he was deemed to have gained no advantage and had his lap time deleted.

Were any driver to fail to negotiate the escape route in the race, they would receive a five-second time penalty.