Red Bull revealed on Thursday morning that it has hired five more engineers from Mercedes’ High Performance Powertrains division, after previously announcing that Ben Hodgkinson – HPP’s head of mechanical engineering – would be the technical director of its new Red Bull Powertrains division.

When asked about Red Bull’s moves by Autosport in the pre-event press conference for this weekend’s Spanish Grand Prix, Hamilton highlighted the success Mercedes has had since the start of the turbo hybrid era, which he feels makes it little surprise that other F1 squads would seek to hire staff that had benefitted from such experience.

“It’s not something that I [put much time] particularly towards,” he said.

“There’s obviously all this that’s in the background and I think I’ve got the best ally with Toto [Wolff, Mercedes motorsport boss], who will be working to manage it in the best way possible.

“Without doubt, every individual that’s in our team is amazing and it’s not a surprise that everybody will want them. We’ve had a lot of success together.

“If there are people that have moved on, I wish them all the best. We all have to go through our own journeys and make our own decisions, which are right for us.

“But this is a huge team – it’s a big team and it’s not about one individual. Or even five. It’s about a collective.

“And we’ve got an amazing collective group of people that still remains solid and focused on winning this championship.” 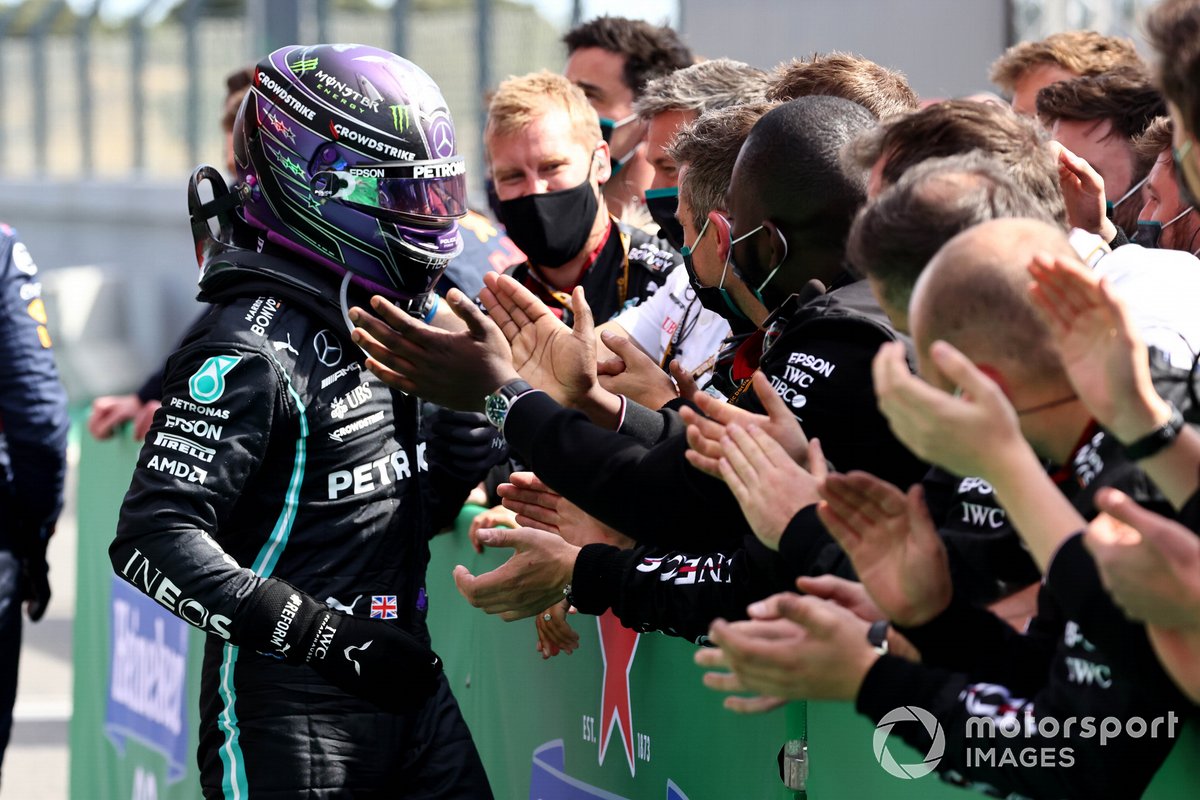 Hamilton was also asked how he feels about barbs traded between teams outside of racing, with some observers suggesting Red Bull’s announcements were a deliberate move to gain an off-track advantage.

In response, he said: “Luckily for me, my job [means] I don’t have to focus on those things and I really don’t like… I’m really not about the whole psychological battle that people like to have.

“It’s interesting to see from the outside the little squabbles that people are having, the digs that individuals take.

“I’m just really about trying to be the best I can be. And I know that if I put all my energy into that, that I can do some great things.

“So, I don’t feel like we need to put anybody else off, or mess with their heads. My dad just always said ‘do the talking on the track’ – so that’s what I’m about and that’s what I do.”