Horner: Albon will "spend year on the bench" if he loses Red Bull F1 seat Christian Horner says Alex Albon’s only options for the 2021 Formula 1 season are either to retain his Red Bull seat or “spend a year on the bench”.

Albon is facing competition for his Red Bull seat from outgoing Racing Point driver Sergio Perez, with team boss Horner having previously confirmed that a decision will be made after the final race in Abu Dhabi.

Horner’s comments underline there is no chance of Albon being demoted to the sister AlphaTauri team, which is what has happened in the past to both Daniil Kvyat and Pierre Gasly.

Gasly has already been confirmed in one of the Faenza outfit’s seats, while Formula 2 star and Honda protege Yuki Tsunoda is expected to be announced shortly for the other.

“I don’t believe he forms part of Franz’s [Tost] plans for next year,” said Horner of Albon’s options.

“So it’s very much a Red Bull seat, or a year on the bench. So the focus is on giving him that opportunity.

“He’s got two races, he did a good job last weekend, being on the podium, his second podium in F1.

“He’s had a good first practice, a good start to the weekend here and two more weekends to demonstrate that he is absolutely the right guy to be in that car alongside Max [Verstappen] next year.

“And we’re giving him all the support that we possibly can to achieve that goal.” 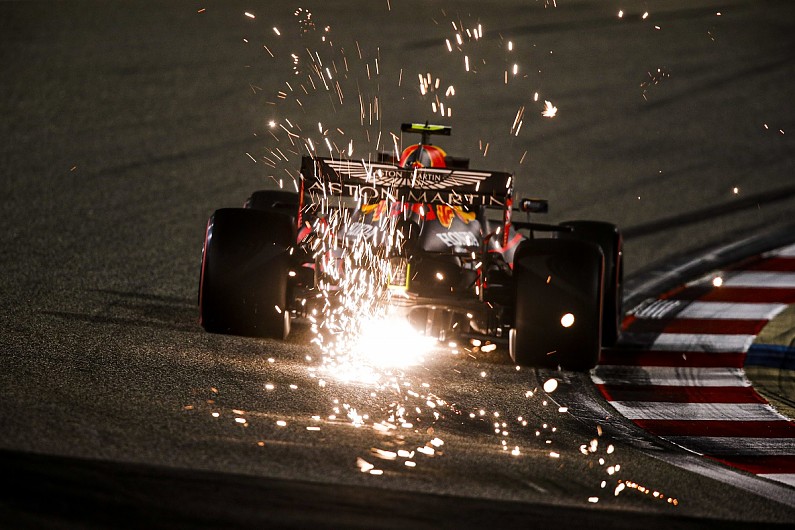 PLUS: Why Red Bull is right to back its much-maligned diamond

Pressed further on the prospect of Albon being left on the sidelines Horner said: “It’s not something that we are contemplating at the moment.

“So I guess once we get to the end of the year, then we’ll evaluate all of those options. I mean, he’s on a long term agreement, as all Red Bull drivers are when they join the team.

“So our focus is at the moment on the race seat, and giving him the opportunity to demonstrate that he is making significant progress, building on that podium from last weekend, and this early practice form.”

Albon has been significantly outpaced by team-mate Verstappen in qualifying since he joined Red Bull in the middle of the 2019 season, but Horner stressed that it’s not easy to go up against the Dutchman.

“I think that you’ve got to look at how Max has evolved over the last few years,” he said.

“If you look at his average [qualifying deficit], Alex’s average is still closer than for example Pierre’s was last year to Max.

“And we know we’ve had some issues with the car that have made life particularly difficult, which I think we worked hard to address, and have been addressing. So we’re confident that that situation will hopefully improve for him.

“But Max is a tall order to go up against, he’s arguably probably the most in-form driver currently in F1. I think it’d be tough for any driver to go currently up against Max.”