Kevin Magnussen is treating the Abu Dhabi Grand Prix as his final race in Formula 1 ahead of his move into sportscar racing for 2021.

It will mark a first foray into sportscar racing for Magnussen, and brings the curtain down on an F1 career that started back in 2014 with McLaren.

Asked by Autosport if he was treating this weekend’s season finale at the Yas Marina Circuit as his final race, Magnussen said he was ready to say goodbye to F1.

“I’m pretty at peace with it,” Magnussen said.

“But I’m ready to call this my last race. I’m going to go out and enjoy it, drive the car, this amazing car that is so satisfying to drive, and just think back on this amazing opportunity that i’ve been given.

“Growing up as a kid and dreaming about Formula 1, and wanting to get to Formula 1, and getting there and making a career out of it, it’s something that I feel really lucky and privileged to be able to have done.”

Magnussen made his F1 debut with McLaren in 2014, finishing second at his very first race, but was dropped at the end of his rookie season to make way for Fernando Alonso at the team. 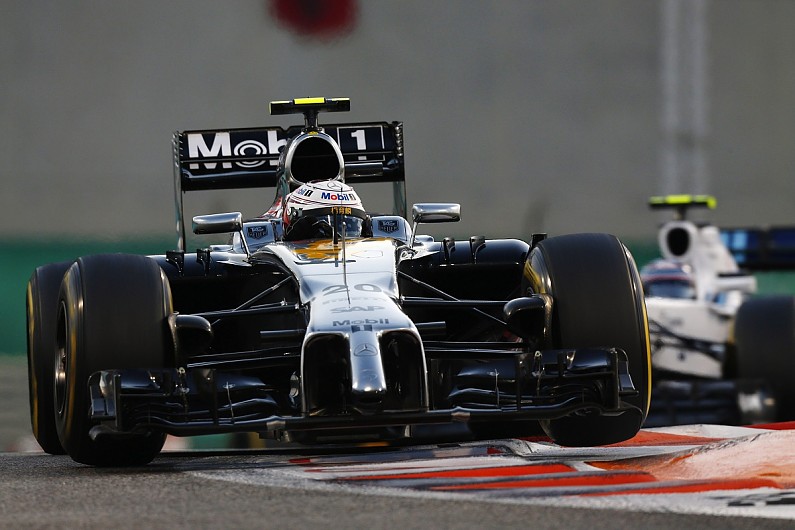 Magnussen went into the 2014 season finale with his future uncertain as McLaren weighed up whether to drop him or Jenson Button.

But he felt emotions were vastly different heading into this weekend’s final race, allowing him to enjoy it more.

“I remember being so sad about everything and depressed about it. But now, I’ve had a few years in Formula 1, and I’m really looking forward to what is going to happen next.

“It’s super exciting, and something that I’m truly looking forward to.”

Magnussen felt the saddest part of the race weekend would come when he said goodbye to his race mechanics and team for the final time on Sunday.

“Certainly when I park the car for the race, I’m going to think about the fact that jumping out of the car, could be the last time I jump out of a Formula 1 car,” Magnussen said.

“But I think the main thing that’s going to be emotional is saying goodbye to all the guys in Haas F1 Team. It’s a bunch of people that I’ve really grown very close to, and some people that have been super supportive of me over those four years, some guys that I’ve become friends with.

“I’m certainly going to miss working with every other weekend. I think that’s going to be the main emotional thing.”