Mazepin “didn’t want to be responsible” for Haas collision 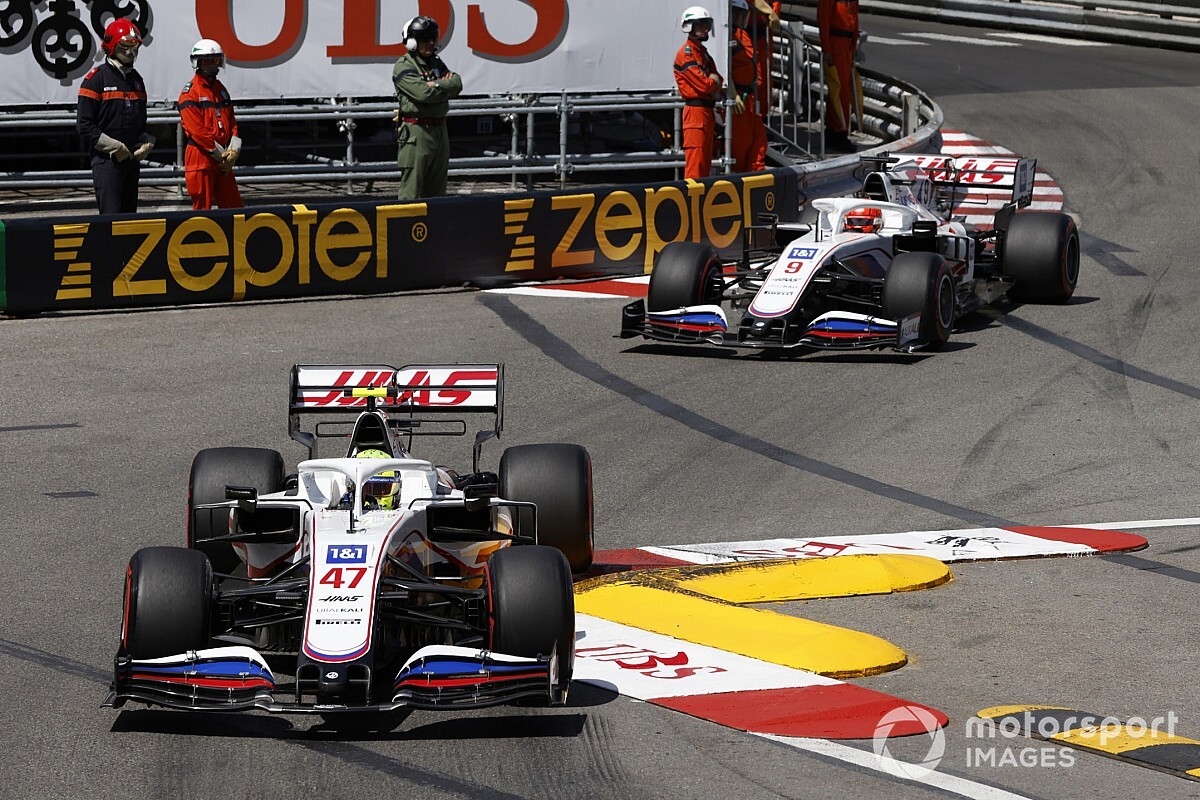 On the first lap, Schumacher went down the inside of the Russian at the hairpin. The two drivers went round the corner side-by-side before the German emerged in front.

Later, Schumacher had a fuel pressure issue that slowed him and obliged him to let Mazepin pass. They pair eventually finished 17th and 18th in a race of unusually low attrition.

“Yeah, it was very tight,” said Mazepin when asked about the first lap by Autosport. “It was one of those corners where it’s even too slow for F1, you need to pull the clutch in, so you don’t drive into a car in front.

“And I just got bunched up, and I had to stay where I was. And I felt that if you’re fighting for P19 or for P18, and there was a big risk of leaving both cars for the rest of the race there, and I just didn’t want to go to the garage and being responsible for it. So I wanted to race fair, and the race was long.”

Mazepin said that his team mate also played fair when he had the technical issue.

“There was no confusion. I think, you know, that’s how life plays sometimes.

“I was very fair in the first lap. He was very fair later on. And I think we have a good relationship in the team, and we should keep it that way.”

Mazepin noted that it was a not an easy race, calling the Haas car and worn tyres a “sad combination” as he tried to run long in the opening stint.

“The race went through different phases, I would say. It felt very challenging out there, the car on the street circuit is difficult to drive.

“And obviously, with this track being so difficult to overtake, everybody stays out until there’s completely no tyres left in the car. And, you know, this car with no tyres is a very sad combination, I would say.

“But yeah, I’m happy with myself, I was going into this weekend and I expected it to be challenging because obviously, when you have a difficult balance to drive at a track like Barcelona, going into Monaco is a disaster.

He added: “A very positive day. Obviously see we need to find a lot as a team. I never had so many blue flags in my life. And that’s pretty sad. But I think we’ll get there.”

Mazepin believes that the Haas could be more competitive at low downforce Baku.

“Well, it’s a completely different challenge. We have high downforce track here, where we’re lacking downforce. I think that we could have a chance there, because the engine is better this year.

“And we don’t have much downforce, and you don’t really need much in that kind of track. It’s going to be my second time, like Monaco, and I’m just looking forward to it.”