After scoring his maiden F1 pole in qualifying for the Russian Grand Prix two weeks ago, Norris looked bound for his first win after controlling proceedings in the race until rain hit in the closing stages.

Mercedes brought Lewis Hamilton in to make the switch to intermediates as conditions worsened, but McLaren failed to bring Norris in after he requested to remain out on slick tyres.

The move ultimately backfired as the rain grew harder, causing Norris to slide off-track at one point before easing his car back to the pits. He dropped to seventh in the final classification while Hamilton won the race.

McLaren said after Russia that it would delve into what happened and why it did not overrule Norris and insist that he came in to the pits to make the change.

Speaking in Turkey, team principal Andreas Seidl explained that the risk-reward balance had already tipped unfavourably for the race win when the team opted not to bring Norris in one lap after Hamilton, and that doing so would have saved second place.

“What we didn’t get right as a team was that we should have instructed Lando to box the lap after Lewis,” Seidl said.

“Because at this point of time, with the information we had available, especially with seeing that the rain started again in the pit lane, the risk-reward ratio was not on the healthy side any more.

“That’s where we should have simply instructed Lando to box and lock in P2.

“I think everything else beforehand made sense, what we did, with the clear bias that obviously we wanted to win the race. That was pretty much 50/50, so that is the outcome of the analysis.” 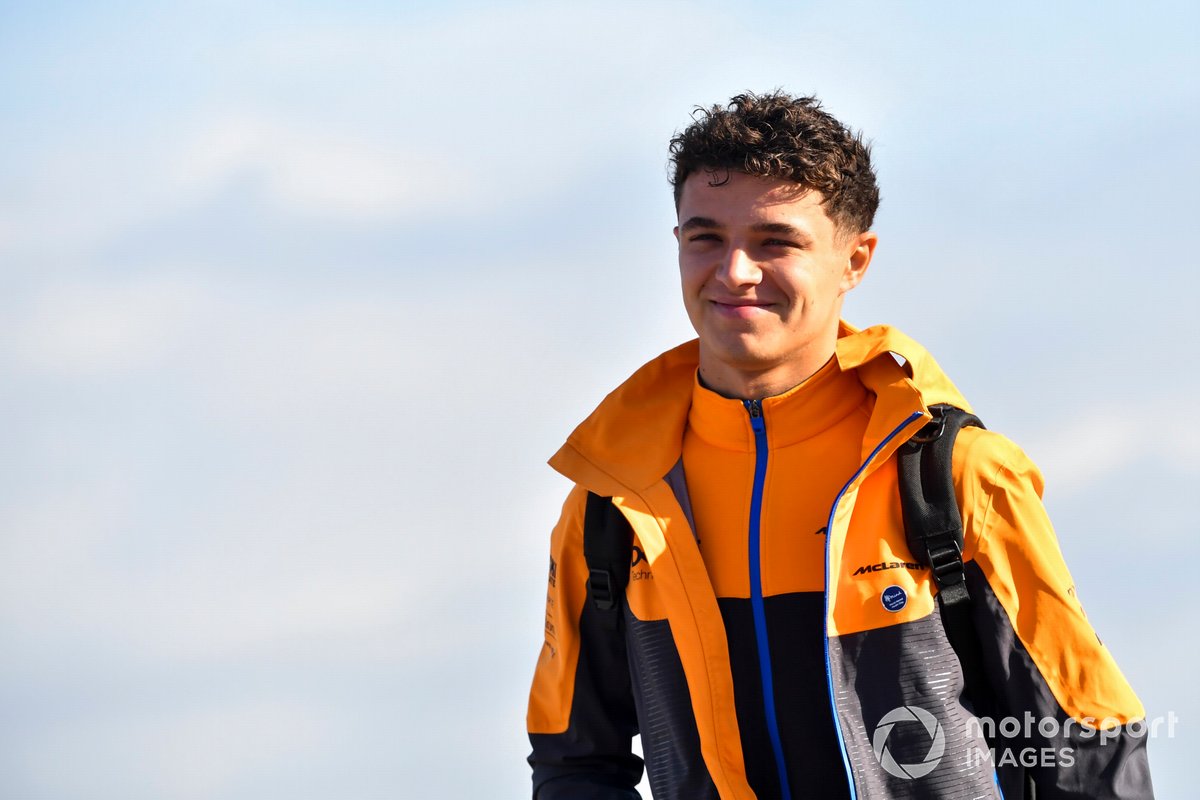 Norris was left downbeat in the immediate aftermath of the race after coming so close to a maiden victory, but made clear he would come back stronger from the defeat.

Seidl was heartened by the honest approach McLaren took to analysing where it went wrong in Russia, saying it could still take plenty of positives from the performance.

“What I liked was the approach of the team from Monday onwards,” Seidl said.

“After the initial disappointment has passed us, we did the same analysis as always, going into every single detail of what happened at the weekend, where we had a lot of positives as well, and simply tried to work out together with the drivers what we could have done better.

“For sure there have been things also in these last laps of the race, in terms of communication for example between the pit wall and Lando, and the other way around, where we can improve things.

“In the end, it will simply make us a better team moving forward from everything we learned in the last two weeks.”