Lewis Hamilton and Valtteri Bottas spent much of pre-season testing and the opening race weekend in Bahrain battling to get to grips with the new Mercedes W12, which struggled with an unstable rear-end after changes to the car floor design regulations.

Hamilton narrowly beat Red Bull rival Max Verstappen to victory in Bahrain, but was under no illusions about the battle Mercedes faced to claw back the deficit and have the fastest car again.

But Mercedes returned to form in Friday’s practice running at Imola as Bottas led Hamilton to a 1-2 finish in both FP1 and FP2.

Verstappen finished 0.058 seconds off the pace in FP1, placing third, and wound up 14th in FP2 after a driveshaft issue ended his session after just five laps.

Despite lacking an accurate comparison to Verstappen, Bottas was left pleased by the improved feeling of the W12 at Imola after he “lost count” of the set-ups sampled for the weekend in the simulator.

“Starting this weekend, if I compare to Bahrain how the car is feeling, it’s definitely feeling better, so that’s nice,” Bottas said.

“As I said yesterday, it is a different track and a different type of circuit and surface and grip level, but at least the weekend started in a positive way, and the car really wasn’t far away in sense of the set-up.

“There are still things to be tuned but overall [with] the balance, I’m a lot happier with the car now than three weeks ago.” 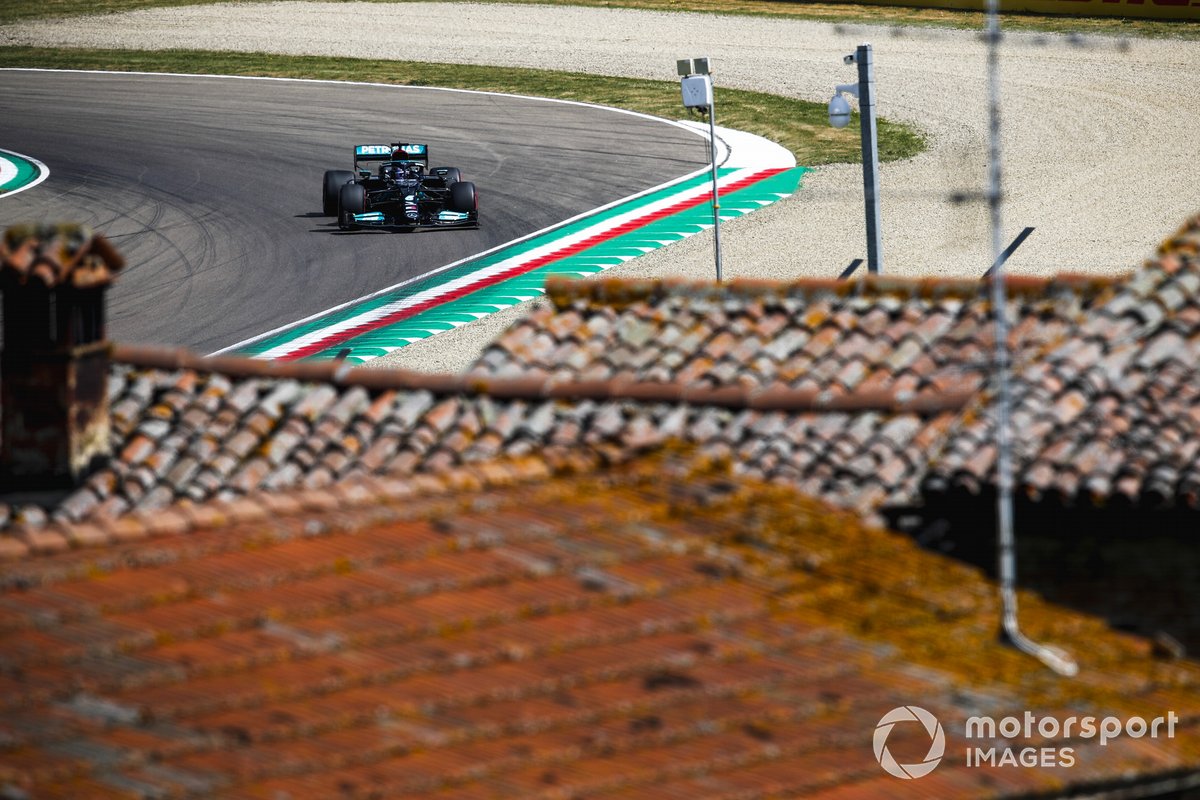 Bottas said there were still some issues that Mercedes had to get on top of with the W12 at Imola, but was still pleased by the progress it had made.

“It feels better – still the same type of issues, but less,” Bottas said.

“So it’s still not perfect, but we’re only on event two out of 23 this season, so hopefully we’ll have enough time to fix it.

“But at least we can really feel we’ve made steps forward so that’s good.”

Hamilton echoed Bottas’s thoughts, believing the step forward made by Mercedes is down to a combination of both its own work and Imola being a more suitable track for the W12’s strengths.

“The team have definitely worked really hard to try and understand what happened in the last race, where we were weak and where we can try to make the car a little bit better with set-up, Hamilton said.

“But I think the track has also come a bit more in our direction.

“We started off with a really good set-up, and just small tweaks here and there, but no major issues. So far, good pace for us.”

But the seven-time world champion remained coy on just how competitive Red Bull could be after the team endured a scrappy day of running at Imola.

“I don’t think we’ve seen the best from the Red Bulls yet,” Hamilton said.

“They look like they’ve had quite messy sessions with traffic and that, so it will be quite interesting to see tomorrow just how quick they are.”