Mercedes had no safety concerns over Lewis Hamilton’s steering wheel in Formula 1’s Eifel GP, who reported unwanted movement prior to the race.

On the laps to the grid Hamilton asked if an issue with movement of the steering wheel he had detected on Saturday had been addressed overnight.

He was told by engineer Peter Bonnington that the team had put in a request to the FIA to change it, but was denied permission.

Teams can change parts on a like-for-like basis in parc ferme under FIA supervision, if they can demonstrate that they are damaged.

Mercedes strategy director James Vowles says that the request reflected one of Hamilton’s feel for the car rather than any worries that there might be failure in the race.

“You may have heard Lewis complaining about movement within the steering wheel,” Vowles said in a Mercedes video.

“He had play within the steering column and the whole steering system was moving backwards and forwards just a small amount.

“This is a performance factor, as you are cornering you are trying to feel the limit of tyres, having any movement in the steering column whatsoever will cause you to not be sure whether it’s the car moving, the tyres moving or something else.

“However, it wasn’t a safety concern, at no time did we have any concern whatsoever for the system. 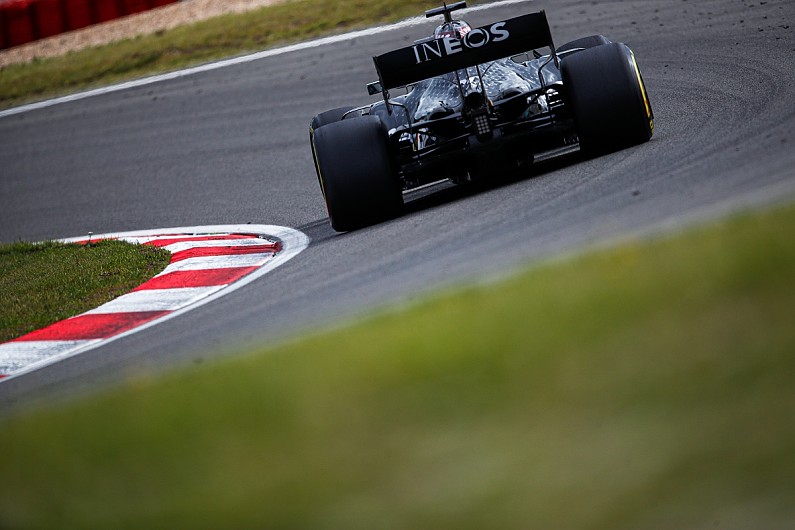 “It’s something we noticed on Saturday but the parc ferme regulations state that unless the component is broken you can’t replace it, which is why Lewis had to race with it, and he did a great job considering the amount of difficult conditions we had in that race.”

Vowles also gave more detail on the power unit issue that led to the retirement of Valtteri Bottas, and which the team believes was related to electronics.

“At the end of the VSC period Valtteri complained of a lack of power.

“We could see on the data that the MGU-H, the hybrid element of the car that produces electrical energy, but also turbo control, wasn’t working correctly.

“We tried a few switch changes with Valtteri which may bring these systems back, so through the steering wheel he could put a default code in that may bring back parts of the hybrid system.

“It was clear though that it had failed completely even after the switch changes and as a result we boxed the car and stopped it.”

The team hopes that the early retirement saved the power unit from further damage and thus future grid penalties.

“The reason why we did that is we felt that the system failure wasn’t hardware but actually electronic, and the sooner you stop it the less damage you are going to do to any of the systems and the more chance that we will take no penalties with Valtteri as a result.

“We’ve got a lot of checks to do and we will check the systems in Portimao but hopefully no further penalties will come as a result of this failure.”