Norris had already impressed with the third-fastest time in Q1 and second place in Q2 and looked set to record his best F1 qualifying result in a tight Q3 shootout.

The British driver set a time which would have been good enough for third on the grid, behind polesitter Lewis Hamilton, while splitting the Red Bulls of Sergio Perez and Max Verstappen, but saw his fastest lap time deleted due to exceeding the track limits at Turn 9.

Instead Norris ended up seventh on the grid, behind team-mate Daniel Ricciardo, courtesy of his second-best lap time which was four tenths off the frontrunners.

Even though his track limits violation appeared extremely marginal Norris took the full blame for losing his best time, admitting after qualifying he “effed it all up”.

“I think it was a very good day until then, the team did an awesome job. You know, the car really came alive in qualifying.

“We made a lot of improvements on Friday, but that one lap that I don’t need to make a mistake on I effed it all up.

“It’s the same for everyone, so at the end of the day it’s my mistake.” 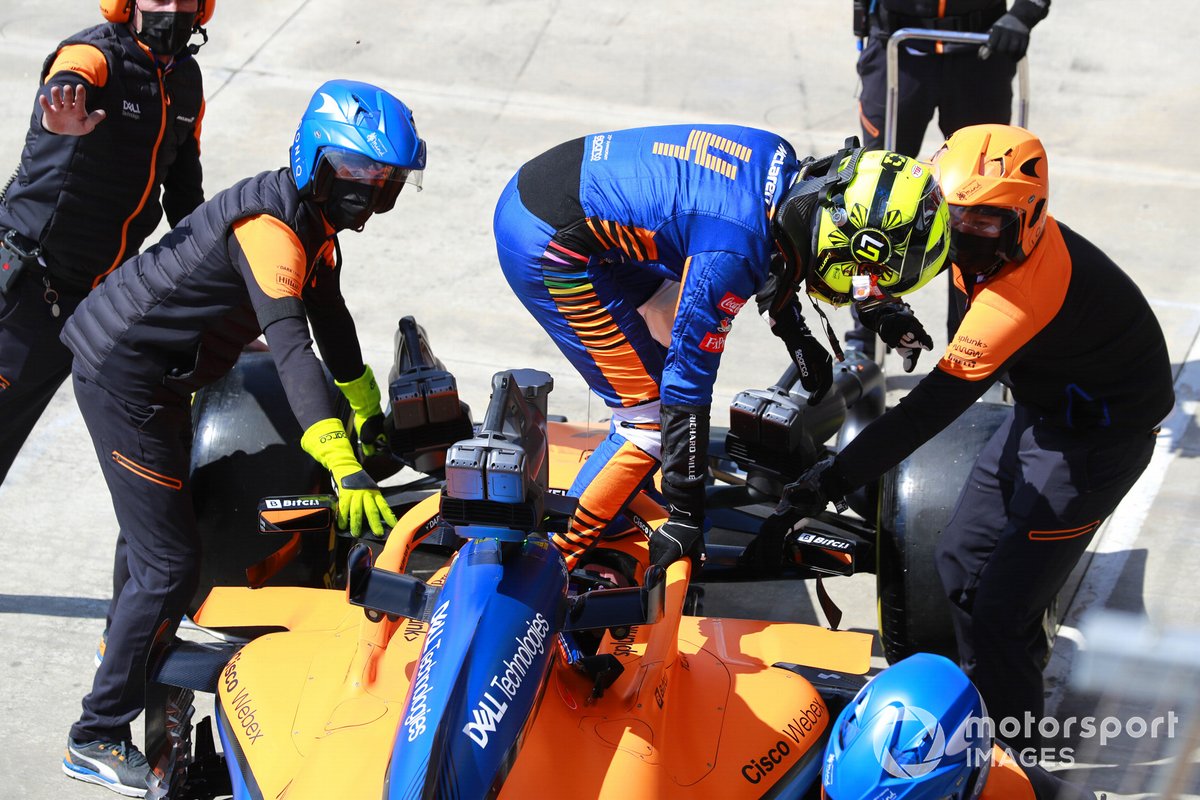 Despite being relegated from third to seventh on the grid, Norris said he was happy with the rapid pace McLaren showed in Imola despite a slow start to the weekend during Friday practice.

“Yeah, I’m really happy,” Norris replied when asked about his McLaren’s potential. “Not with my job I’ve done, but with the team.

“I think we didn’t start the weekend off well at all. We really struggled in the beginning, but we made a lot of improvements.

“And I think we kind of understood a little bit more how the car works and how it comes alive, and a better operating window.

“That’s one of the things we had to learn from Bahrain, where we struggled. We changed it this weekend and we’ve done a better job, just I didn’t.”