Esteban Ocon feels his progress through his comeback Formula 1 season with Renault has been “very strong” after building his confidence following a year on the sidelines.

Ocon spent 2019 serving as Mercedes’ F1 reserve driver after missing out on seats at Renault, McLaren and Racing Point, falling through the cracks in the driver market.

But Renault was swift to sign Ocon for 2020 to partner Daniel Ricciardo, allowing the Frenchman to return after just a year on the sidelines.

Ocon ended the year with 62 points, picking up his first F1 podium at the Sakhir Grand Prix as he finished second behind Sergio Perez.

After conceding earlier in the year that it took him time to regain race sharpness, Ocon was pleased with his eventual progress when looking back on the season.

“Overall, the progress has been very strong,” Ocon said.

“I’m pretty happy with how I’ve ended the season in terms of pace, performance, and how we are working with the team together.

“That is a lot stronger than how it has been to start with. 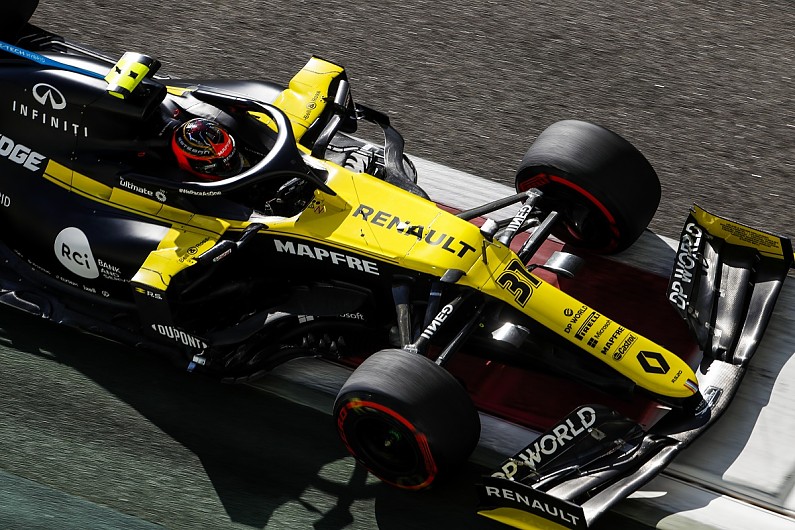 “I feel like I’ve gained performance, I’ve gained confidence in the car, and that’s very good.

“It’s a bit of a shame that we missed on third place in the constructors’ this weekend, but there’s a lot of positives to take on board with this year, and things that we didn’t do perfectly right as well.

“We will have a way of working for next year, but taking the positives and cancelling and erasing the negatives, we should be in a pretty strong position next year.”

Ocon struggled to match team-mate Daniel Ricciardo’s form throughout the year, with his single qualifying victory in the dry coming at the season finale in Abu Dhabi.

Ricciardo ended the year 57 points clear of Ocon in the drivers’ championship, leaving Renault fifth in the final constructors’ standings after losing ground on McLaren and Racing Point in the final four races.

Ocon will be joined at Renault – which becomes Alpine in 2021 – by two-time world champion Fernando Alonso for the 2021 season, with Ricciardo switching to midfield rival McLaren.