The French driver endured a tough run of races before the Silverstone round, suffering four consecutive finishes outside of the points, and was eliminated in Q1 for both races in Austria while team-mate Fernando Alonso secured finishes in the points.

After an opening-lap retirement at the Austrian GP last time out, Ocon said he would ask Alpine to change as many parts as possible on his F1 car to try to solve his recent struggles.

The Alpine team duly delivered a new F1 chassis for Ocon at the British GP to “eradicate any doubt” that technical issues caused his dip in form – having started the season strongly with four consecutive points finishes between the Imola and Monaco rounds.

Ocon claimed 13th place in qualifying for the sprint qualifying race at Silverstone on Friday evening and despite missing out on Q3 and being outqualified by team-mate Alonso, the 24-year-old was adamant of “a massive step” forward due to the changes to his car and the work completed at the team base during the build-up to the British GP.

“I am happy. We were one second off the pace in the last Austrian race and this time we were where the car was [meant to be] so I feel like it was a massive step,” Ocon said.

“I have to thank the guys for the job that they did for the whole week, searching and trying to get rid of any doubts and we definitely have more pace. It is good.” 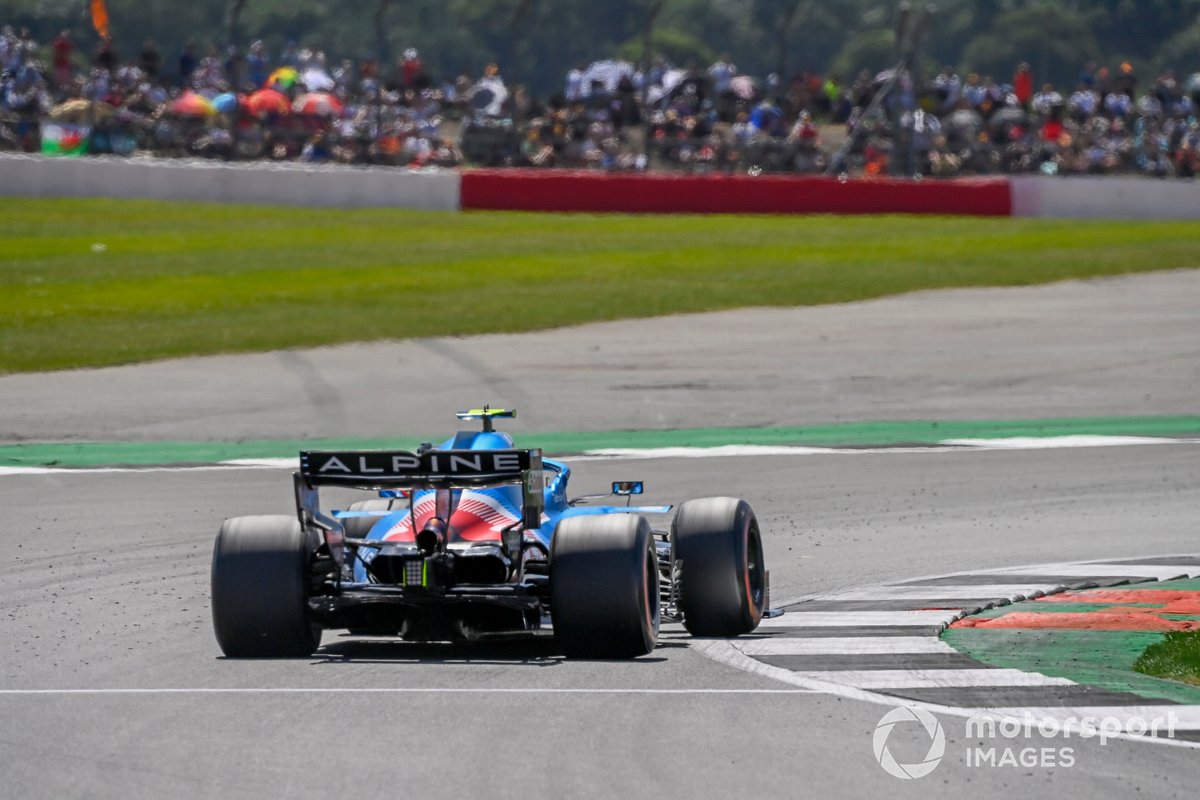 Ocon felt his Q3 hopes were hampered at Silverstone by traffic that forced him into an untidy preparation lap for his final push lap in the second segment of qualifying.

“It is a shame about the last run as it was a mess on track,” he said.

“There were a lot of cars overtaking in the queue and that made us struggle with the tyres a little bit.

“We lost a tenth to start the lap and that was it. That is what you need to get into Q3.

“But the pace is back and that is good news.”