Palou: Verstappen, Hamilton "did what I would do" in F1 British GP crash IndyCar points leader Alex Palou reckons he would have done what both Max Verstappen and Lewis Hamilton did at Silverstone, adding all passing attempts in IndyCar are “on the limit”.

The Dutch ace went into the race with a 33-point advantage over the seven-time and reigning champion following the sprint, but Verstappen’s retirement and Hamilton’s victory has now closed that gap to just eight points.

Asked by Autosport if he felt that being IndyCar points leader meant he has target on his back and expects uncompromising challenges, Palou replied that “all overtakes are on the limit” in the series.

“I think in IndyCar it’s always like that,” said Palou.

“In Mid-Ohio, every race, we touch with other guys. All the overtakes are on the limit; the racing in IndyCar is like that.

“I think it’s the beauty of the championship as well and these cars allow you to have some contact.

“Do I expect some drivers to be more aggressive on me? I don’t think so. Maybe the guys we are fighting more, like let’s say Pato [O’Ward], Josef [Newgarden], and [teammates] Scott [Dixon], Marcus [Ericsson]. 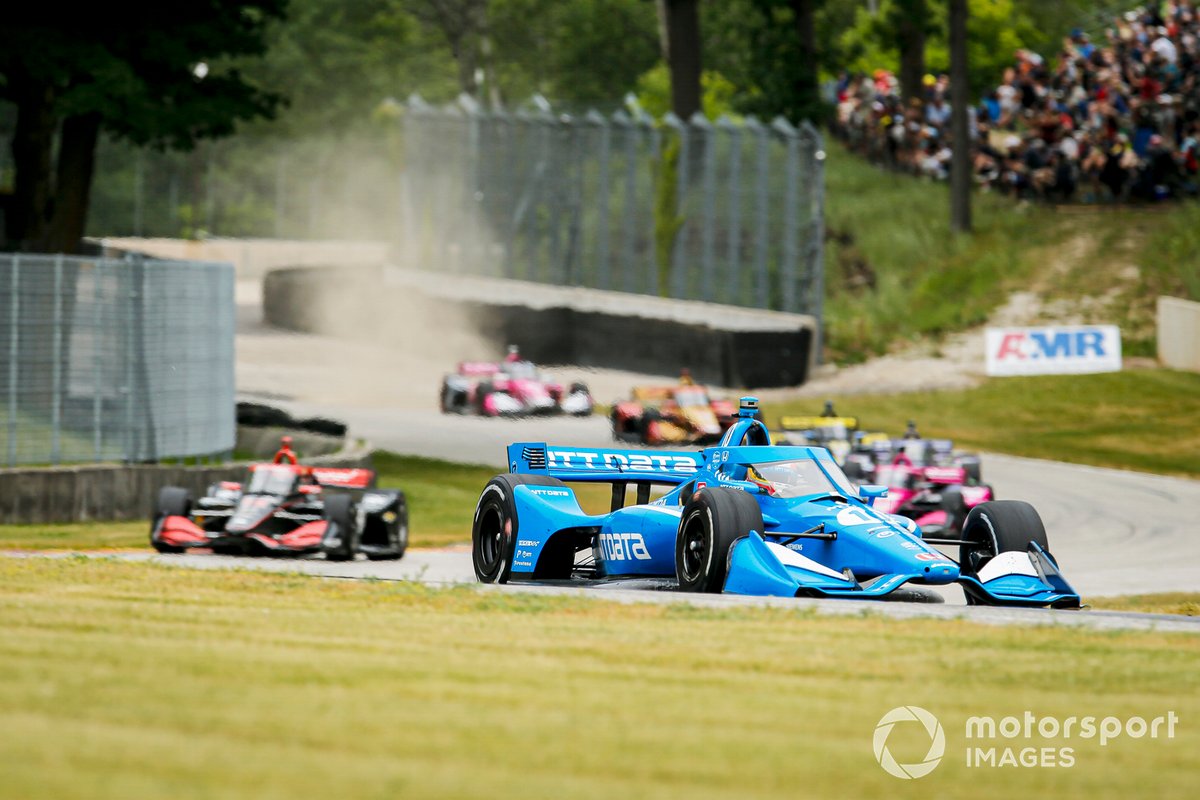 “I think everybody fights super hard with each other here in IndyCar.

“I wouldn’t change my mindset on him now. Maybe he would be more aggressive on me now, but I don’t know.”

Palou explained that he felt the Hamilton and Verstappen contact was a result of the duo’s battle for the title, but had he been in either of the drivers’ situations, he says he would have done the same thing.

“When you say that Hamilton went on that aggressive move, having only a little bit of space, for sure it was because it was Verstappen – if it was another guy, that wouldn’t have happened – just because [they] are fighting for the championship.

“I expect things like that to happen. What would I do if that were to happen? I don’t know. For sure [if I was Verstappen] I wouldn’t take it easy on Hamilton. But if I was Hamilton, I would have gone for it. In my opinion, they both did what I would do in their places.

“Maybe obviously now that you see the consequences, if you are Verstappen, you say, ‘OK, let him pass’. But you cannot just let somebody pass in racing.”