Perez joined Red Bull for 2021 after his exit from Racing Point, and anticipated it would take him around four or five races to get up to speed with the team’s car.

A difficult Monaco qualifying was made up for in the race when he recovered to finish fourth, but Perez hit new heights in Baku on Friday as he led second practice for Red Bull.

A time of 1m42.115s gave Perez top spot ahead of team-mate Max Verstappen, capping off a good Friday for Red Bull as Mercedes failed to get either car inside the top 10.

Speaking after the session, Perez said that the debrief after Monaco helped him understand more about the Red Bull car, with proof of his progress then coming in Friday’s practice running.

“I think we made very good progress after Monaco, we did a very deep analysis,” Perez said.

“Today it was like, ‘well, I finally understand this car a bit more’, how I need to drive it and so on.

“So in that regard, I think this is the best Friday of this season, the most complete Friday in terms of data, in terms of how comfortable I feel with the car.

“I think we are definitely going to be in the mix. So hopefully, tomorrow we are able to get a good clean lap, which is very important.” 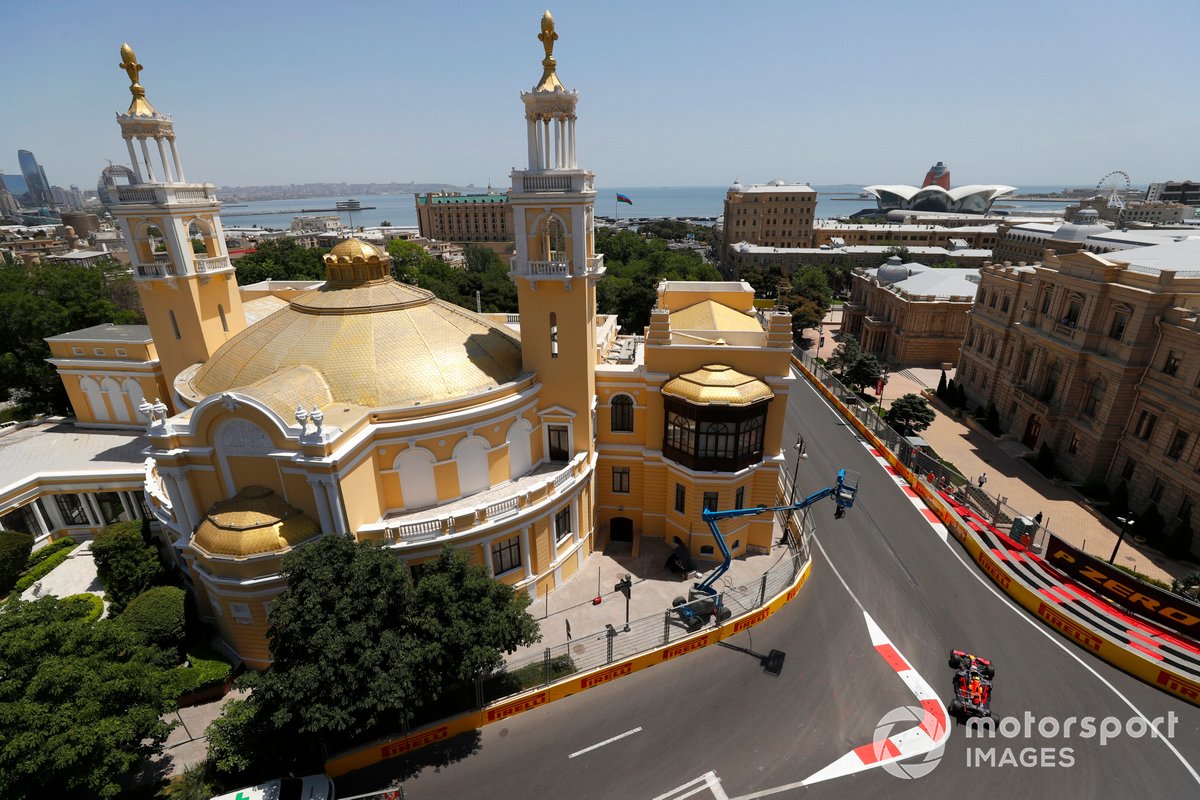 Verstappen trailed Perez by one-tenth of a second in FP2, and was heard over team radio saying that the balance of the car did not feel as good as it had during the opening session.

“The car in FP1 felt really decent, I was quite comfortable,” Verstappen said.

“Then for FP2 we made a few changes to see if it would be better, but I think we went a bit backwards.

“We’ll look overnight of course what direction we’ll go into. But nevertheless, I think for the team it’s still a very good day.”

Red Bull advisor Helmut Marko told Autosport that he was pleased with how the team was shaping up in Baku, noting Perez’s strength around street circuits.

“We are pleased and the car looks very competitive [over] short runs and long runs,” Marko said.

“So let’s hope we can keep this advantage until the race. Checo was competitive from the very first lap here. His image is he likes street circuits, and he proved in the race in Monte Carlo how quick he can be.”

Red Bull arrived in Baku leading both championships for the first time since 2013, having moved one point clear of Mercedes in the constructors’ standings in Monaco.

Practice indicated Mercedes could be set to struggle again, with Marko saying Red Bull’s data showed its rival was losing out in the slow-speed section of the track.

“The long run from Hamilton was fast, but from what we see they are just losing in the tight corners,” Marko said.

“I hope they can’t solve it by tomorrow. They don’t have an engine which is a second faster on the straight anymore.”