The Formula 2 driver, a member of the Sauber Academy affiliated to the Alfa Romeo, will be joining the team for an outing in a 2019 specification C38 at the Hungarian Grand Prix venue on Wednesday.

Pourchaire will share the track with Ferrari and McLaren, all taking part in a 2022 Pirelli 18-inch tyre test.

This will be the 17-year-old first experience of F1 machinery and the latest milestone in the Frenchman’s meteoric rise up the junior single-seater ladder.

Pourchaire has turned heads this season in his rookie F2 season by becoming the championship’s youngest ever polesitter and race winner following a stunning debut at Monaco in May.

However, the F1 test comes after a hectic period for the ART Grand Prix driver that has included a recovery from a broken arm sustained in a crash on the opening lap of an F2 race at Baku in June.

Pourchaire, who sits sixth in the F2 standings, managed to succeed in his race against time to prove his fitness to compete at the British Grand Prix round of the F2 championship last month.

While the teenager has set his sights on reaching F1, he told Autosport in May that he is “really far” from his dream and that he still has “plenty to learn”. 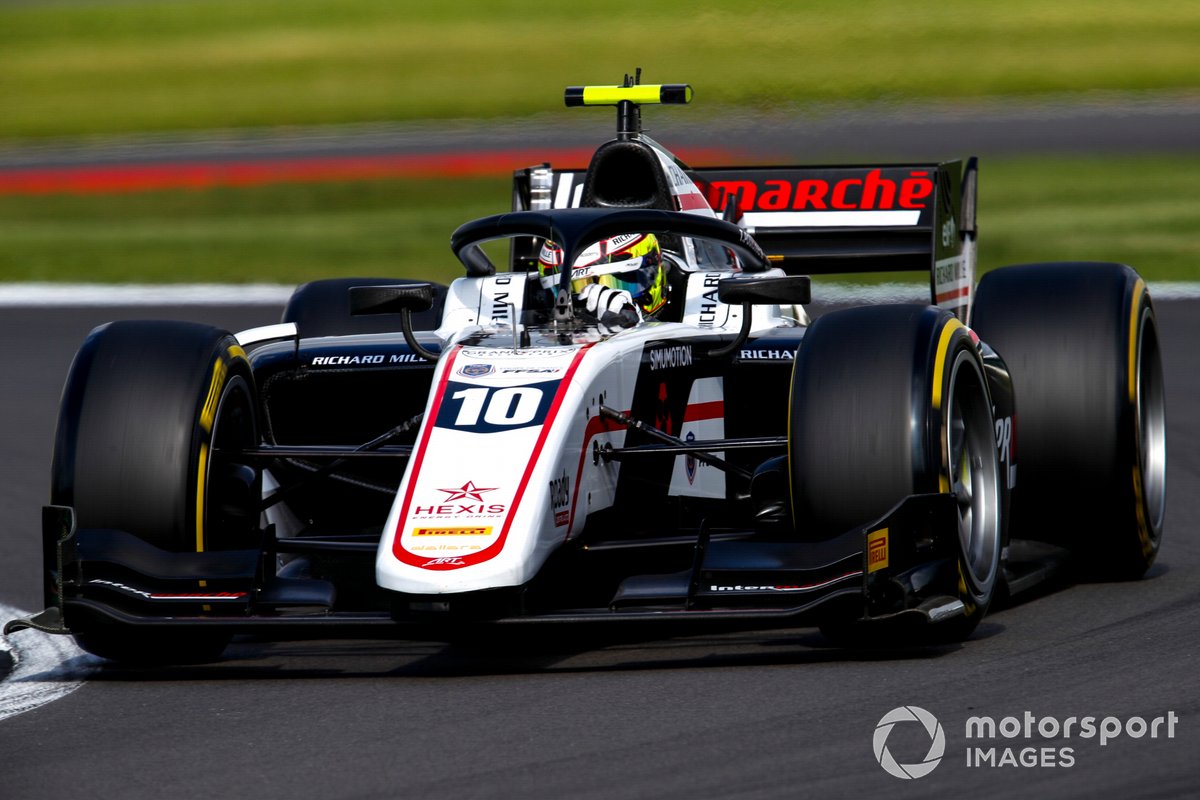 Alfa Romeo boss Frederic Vasseur has been keeping a close eye on his junior driver’s progress but admitted in June that it would be wrong to push Pourchaire info F1 “too early”.

“We have a contract with Theo, but again I don’t want to be in a rush with Theo, we have to keep in mind that he is 17,” said Vasseur in June.

“For next year it is a bit too early as he has only done three races in F2 and if you remember in the past the guys were able to be champion or to have good results in the first year and in the last part of the season.

“He is more than young, he is 17 and still chasing a drivers licence and we have to let him have time to do the job. We are not in a rush but I think he is a very good one [driver].”

Pourchaire is set to be the latest F2 driver to experience F1 machinery for the first time, after Red Bull junior Liam Lawson achieved a similar milestone with a run in Sebastian Vettel’s 2011 Red Bull RB7 at the Goodwood Festival of Speed last month.