Race of My Life: Emerson Fittipaldi on the 1972 Italian GP As Autosport launches the latest episode in its Race of My Life podcast series, we revisit the race double Formula 1 world champion Emerson Fittipaldi picked as his best – the 1972 Italian Grand Prix in which he clinched his first title for Team Lotus

For me, a great achievement was when I won the Formula 1 world championship at Monza. I won the race and I won the championship. If you consider the technique and difficulty involved in winning a race, it’s a different story. It can be a much less important race and you fight like crazy to win – like Mid-Ohio in 1988 – and it has a very important value for you.

There were many good races in F1, and my first win at Watkins Glen was important, but that race at Monza was important, because I won the championship. I remember arriving in Monza on the Tuesday before the race. I had a lot of pressure; it was going to be the decision for the world championship – my first one – if I could win the race.

I had won the Austrian Grand Prix the previous month and the team was very enthusiastic about going to Monza, and I was very enthusiastic. I remember I was staying with the team in a hotel near the track, in the Monza park. It was about 10pm one evening when I had to go to reception and pick up the phone, because they couldn’t understand English in the hotel. It was the Lotus truck driver calling and saying that he had crashed.

I couldn’t believe it. Here I was, going to the championship decider, and the truck crashes on the freeway, just 60 miles before Milan. And then myself and Peter Warr drove there. We saw spare parts on the grass, everywhere. The Italians were trying to grab them as souvenirs, and the team was trying to stop them! I just looked at that scene and I couldn’t believe that this was my car, a few days before I was going to decide my world championship.

They collected all the parts and we went back to Monza. The race car was badly damaged and we decided to run the spare, which had a lot of mileage on it.

Practice was bad. We had a few problems on the other car, but we made it work well. The Lotus 72 was one of the best cars I ever raced in my life. When you could get the car working well, it was a fantastic car, it was beautiful to drive. 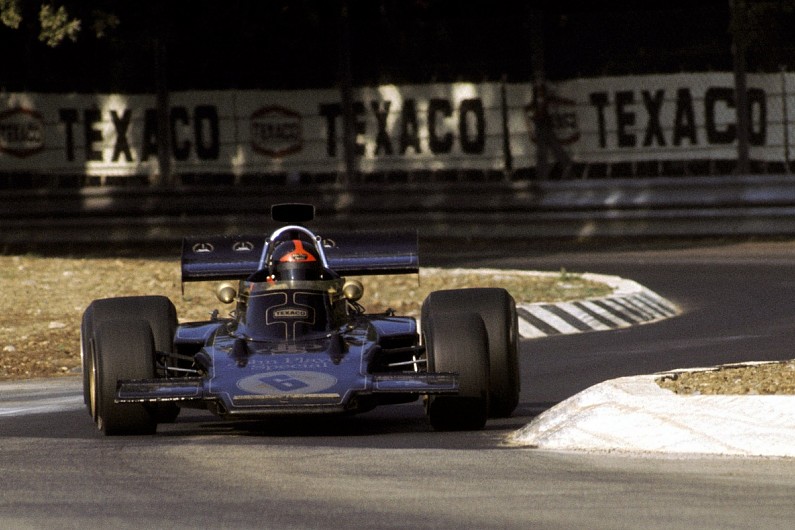 At Monza, we worked a lot with the racing set-up more than qualifying, and the car was looking good for the race. I qualified on the third row.

Then came the race day. The pressure build-up was incredible. I was 25 years old, and the crash and everything was just building up pressure. And Italy is the worst place to win the championship. Everybody is screaming for the Ferraris!

And then just before the race there was a leak from the main fuel tank. And I said, “That’s it, it’s not my week, it’s not my race weekend”. It was like 45 minutes before the start of the GP, when they filled the car up. It was a really big panic. They had to pump the fuel out, take the tank out, repair the tank, and put it back.

The car was ready just a few minutes before the warm-up lap. I just got in the car, and all the team was very nervous. But it helped in one way. It took away that time we had to wait, so in one way I liked it – it took all the pressure off the top of me.

My father was broadcasting the race on Brazilian radio and he was very emotionally involved. Can you imagine a journalist broadcasting his son winning the world championship?

There’s not much to say about the race itself. I made a good start, and I was running hard behind the Ferraris. I couldn’t pass them because they were very quick on the straight.

Clay Regazzoni had an accident and then I was hanging on behind Jacky Ickx, all the time trying to pass him. But then he had electrical problems, so he stopped at the pits and I found myself in the lead. All the bad luck I had before the race worked on my side at the right time. 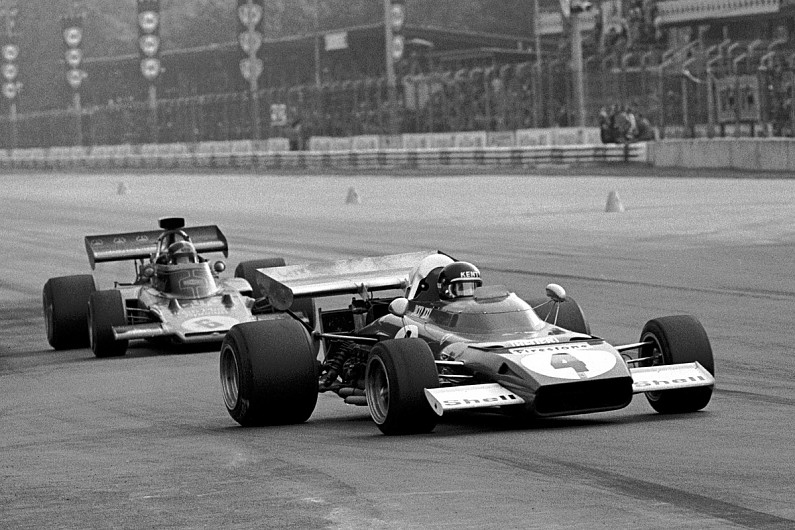 I was driving the car very carefully, trying not to rev the engine, not to do anything stupid, and to be very careful passing the slow cars. Everything was 100% concentration. It was a very long last five laps, for sure. I mean, I remember going towards the last lap.

My father was broadcasting the race on Brazilian radio and he was very emotionally involved. Can you imagine a journalist broadcasting his son winning the world championship? It was a very special moment for me and my family.

After the race we went to a restaurant in downtown Milan. We had people from Players, people from the Lotus team, and a lot of people from Brazil who were down there, and we celebrated until 3am, everybody joking and drinking champagne. Then I drove my car back to Switzerland, because I was living in Lausanne then, and I arrived early in the morning.

I only realised that I was world champion the next day, when I started reading the newspapers. It was funny, because the Italian press, every time I won they would say oriundo – that means someone that is half Italian and half another nationality – because my grandfather was Italian. And when I was losing they would say the Brazilian. 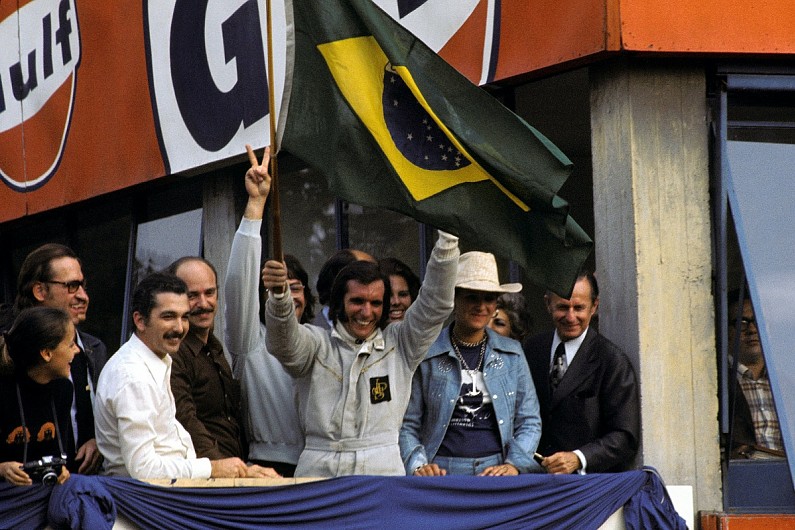 The newspapers the next day said, ‘The oriundo Fittipaldi won the world championship at Monza’. They nearly made me Italian. I nearly got a new passport that day!

I think that race was a big step forward in making motor racing popular in Brazil. I mean Ayrton Senna, Nelson Piquet – all the good Brazilian drivers are big personalities in Brazil, they are very famous.

You know, when I left Brazil I never expected that I could be world champion one day. My goal was just to drive a grand prix car. To start one GP – I could die happy after that!