While teammate Lando Norris secured a career-best front row start at the Red Bull Ring, Ricciardo endured a more difficult time as he failed to make it out of Q2 and ended up 13th on the grid.

Although baffled about the lap time deficit to Norris, Ricciardo reckons that his performance is not a real indicator of the progress he is making with the MCL35M

“I wouldn’t say it’s like a recurring issue now,” he said. “I feel we’ve made progress from last week in some areas and, if I didn’t look at classification, I’d say it’s been a better weekend. But unfortunately it’s not translating on the stopwatch.

“It’s definitely been different to last weekend, as far as I think we’ve actually made some good steps. But, yeah, unfortunately the laptime shows the same result. I mean, relatively, so there’s obviously still work to do. That’s where it is at the moment.” 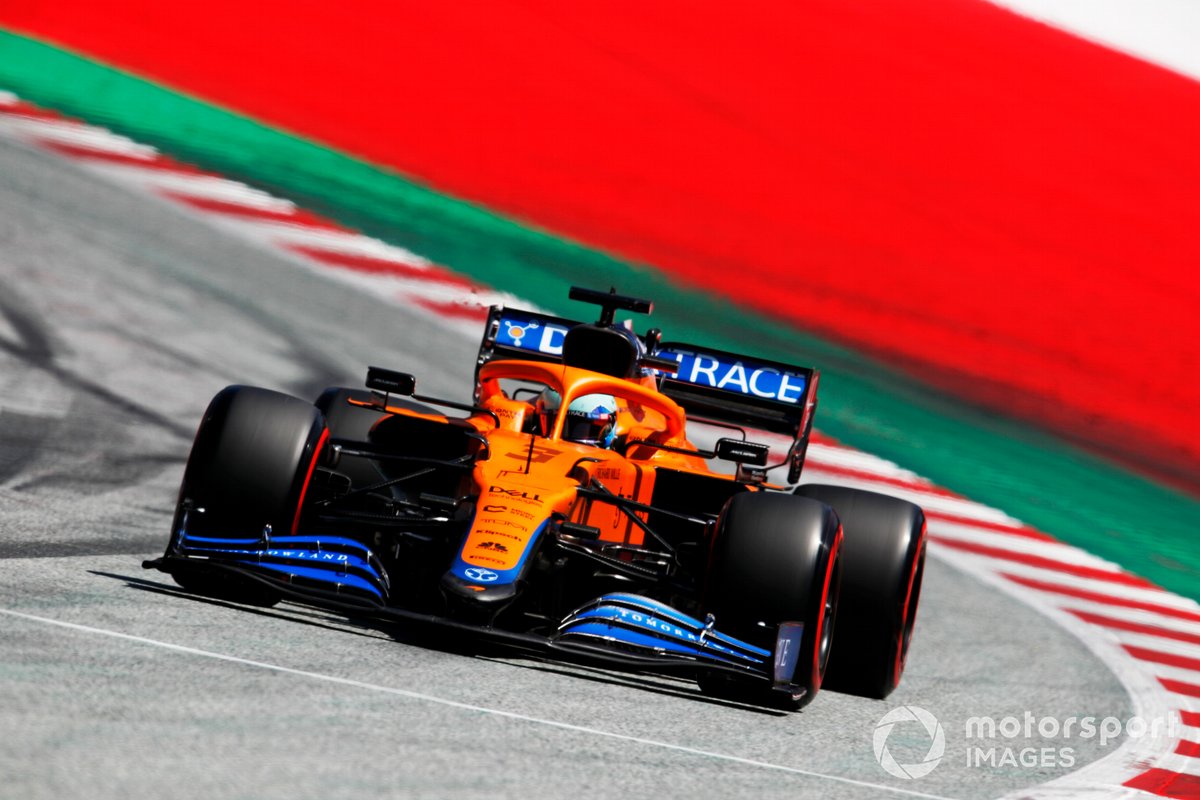 Ricciardo has been pushing hard to adapt his driving style to the McLaren car, with team boss Andreas Seidl saying earlier this year that the car required a ‘special’ approach to get the most from it.

The Australian remains confident that he can still unlock more pace from the car, and thinks it is just a case of working hard with the team to work out where he is losing out.

“I’m just going to keep working at it, but I definitely do feel more comfortable in the car now,” he said. “It’s not kind of race two or race three, where I know that there is still just more to come naturally from seat time.

“I do feel, especially now with the third race of a triple-header, like I’ve had enough time in the car and consistently in the last few weeks to be at a level of comfort with it.

“Sure there still might be a couple of little mistakes here or there, but if I wouldn’t look at the classification then, in my head, I would think that we’d had a good day, a solid day and everything was pretty familiar.

“There’s obviously still something that is missing and I think we’ll just have to dig a bit deeper for that.

“But weirdly enough, I feel alright in the car, so I will just keep trying to search for where that lap time is, because it’s obviously not a tenth. We’re still talking big margins. So that one will require probably a bit more analysis.”