Ricciardo not satisfied with first F1 Q3 appearance since Baku After three races where the McLaren driver had failed to make it through to Q3, the Australian grabbed seventh on the grid for F1’s sprint race at Silverstone on the back of a much stronger show of pace.

But despite having banished some of his recent qualifying struggles, the Australian said the fact that the gap to the cars ahead of him was so small actually left him wanting more.

Charles Leclerc, who qualified in fourth place for the sprint race, was just 0.071 seconds faster after their final runs in Q3.

“Overall it was definitely a better day, but I’m a little frustrated because I feel like there was there was a little bit more,” Ricciardo told Sky. 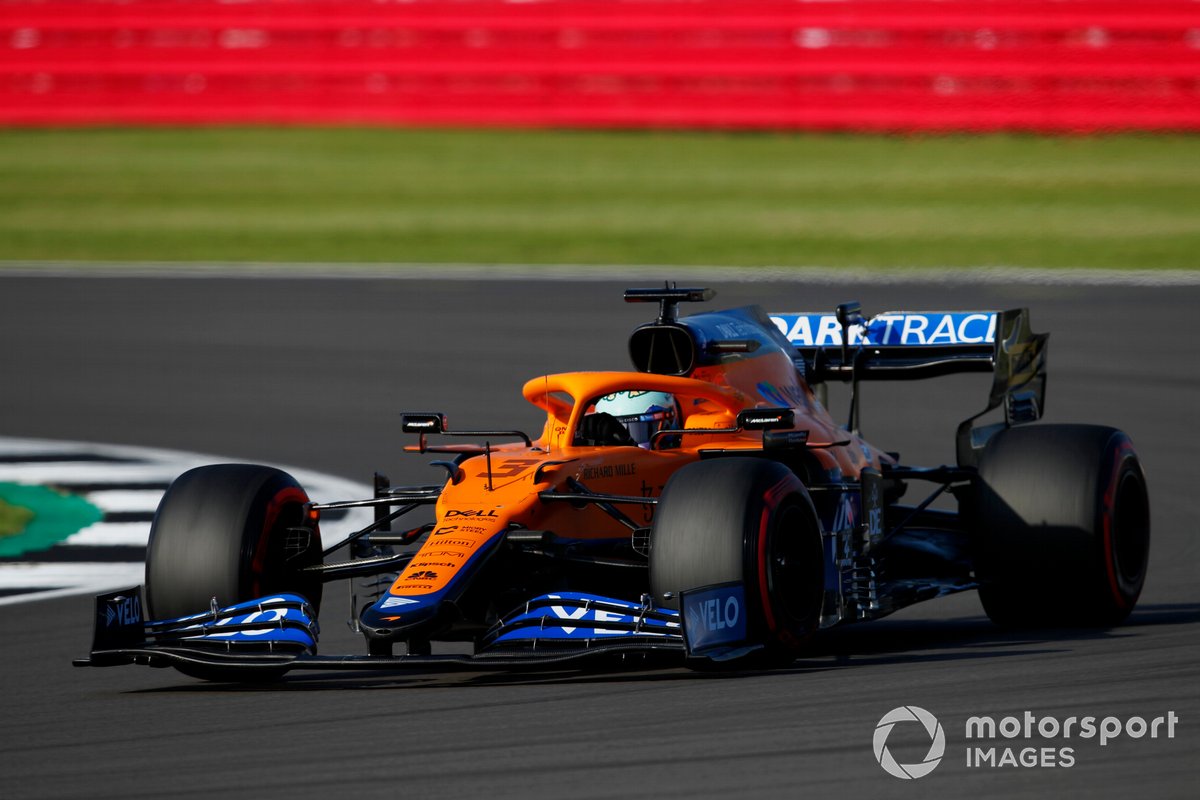 “I think we had a bit more in the last run and, looking at the times, I think Charles was maybe half a tenth in front in P4. I feel like that was honestly achievable.

“Looking at the last few qualifyings, for sure everyone will be like, ‘Oh, this is a lot better’ and it is. But maybe that’s why I’m frustrated because I feel like there was even more.”

Ricciardo’s grid slot has put him right in the mix for an intense fight in F1’s first sprint qualifying race at Silverstone on Saturday.

And although mindful of the risks of throwing his efforts away and starting from low down on Sunday, he also sensed a great opportunity to do even better.

“You’ve got to be a little bit smart about it, as the main points are on Sunday and I don’t want to ruin myself for Sunday and do something silly,” he said.

“But I still see it as an opportunity to start further up the grid on Sunday. I am excited for the format.

“I like having one practice and straight into quali, I think that is kind of fun, so it has been a good day. I am just frustrated with small margins, so I will calm down.”