Russell: No rules of engagement in fighting Mercedes drivers Mercedes junior driver Russell’s fight with Bottas in the middle phase of the Emilia Romagna Grand Prix ended in a massive accident when his Williams speared left into the Mercedes, in a clash the Imola stewards decided was a racing incident triggered by Russell putting his right-side wheels on a damp patch of asphalt.

Russell was repeatedly asked about the fallout from the incident ahead of this weekend’s Portuguese GP, after he confronted Bottas in the gravel immediately following the crash – which he said at Portimao was “very poor judgement” – and gave feisty media interviews to offer his perspective afterwards at Imola, and then apologised to Bottas in a public statement the next day.

But the British driver said that Mercedes had not issued him with specific instructions to follow when it came to racing its works drivers – a rare event in any case given Williams’ expected pace deficit compared to the seven-time world champion squad.

This follows Mercedes motorsport boss Toto Wolff saying Russell had “lots to learn” and that he “must never lose this global perspective” when racing against a car entered by the manufacturer that has helped his career.

“But no, definitely there’s no rules of engagement [laid out], it’s just a bit more of common sense.” 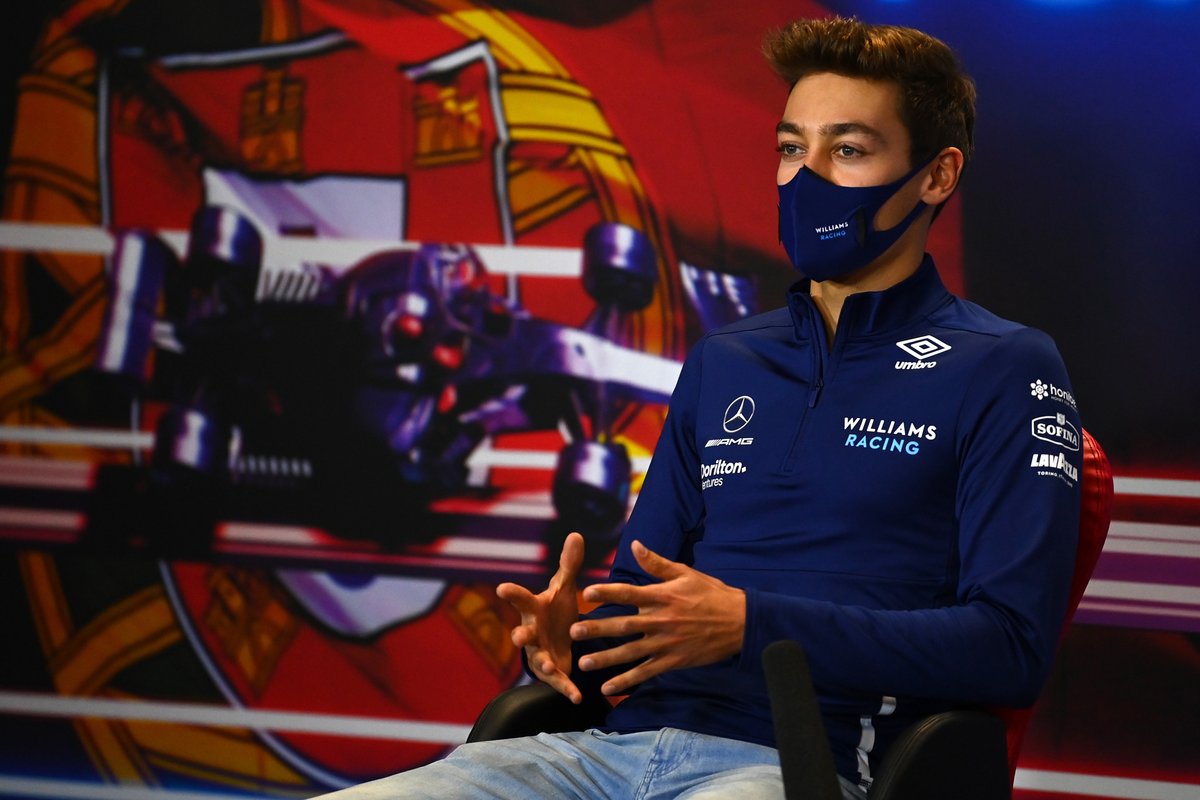 Russell also explained that he considers Hamilton and Bottas ‘team-mates’ – in the same manner in which he considers Nicholas Latifi at Williams.

He said: “As a driver, you never go into any incident planning to crash and end your race, and certainly not with a ‘team-mate’.

“I’m here because of Mercedes, they got me through all the junior ranks, they really helped me into Formula 1 and as a consequence they’re a family to me as Williams are a family to me.

“Lewis and Valtteri are team-mates to me as Nicholas is a team-mate to me, so the number one rule as a racing driver is you don’t crash with your team-mate.

“That’s behind us now, we live and learn, and we will move on.”