Sainz: I was too cautious in first Ferrari start The Spaniard was eager not to take risks immediately after the start, as he didn’t want his Ferrari debut in the Bahrain Grand Prix to finish with an early crash.

However, by taking it easy, he got shuffled down the pack too much and then had to spend much of the evening recovering before he finally coming home in eighth, two places behind team-mate Charles Leclerc.

While he had hoped to finish higher, Sainz said that he felt the performance through the race had been pretty strong, especially because of how much his early caution had compromised him.

“Overall it’s been a good weekend for me,” explained Sainz after the race. “Maybe the result itself is nothing special, but I think the weekend is stronger than the result feels in race circumstances and qualifying circumstances.

“I was a bit on the back foot after the first few laps, probably taking a bit of a cautious approach into my first few laps with Ferrari. I just wanted to make sure I finished this race.

“Once I managed to clear the two slower cars, the Aston and the Alpine, and I managed to get into clean air, I was actually very happy with the car and could extract the pace from the car.

“So a good first weekend. There will be time in the next 22 races to be a bit more aggressive at the start and to be a bit better in those first few laps. I still need to get a bit more out of the car.” 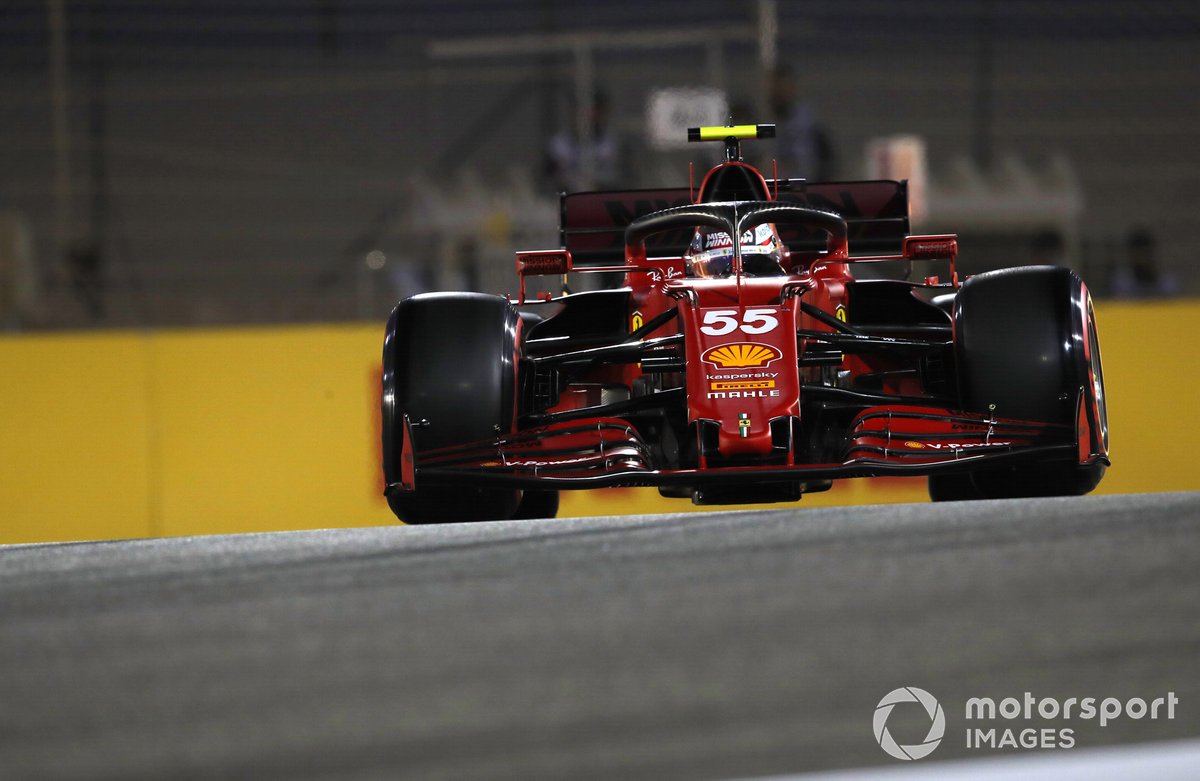 Coincidentally, Sainz finished right behind his McLaren replacement Daniel Ricciardo, which he felt was a good sign considering how much faster his previous team had been last year.

“It is encouraging because last year I remember I passed Charles pretty easy, so I remember how big was the difference between the McLaren and the Ferrari,” he said.

“I was close to overtaking the McLaren at the end, and I had much better pace than Daniel towards the end of the race. We were catching by half a second per lap.

“So there’s positive signs, there’s encouragement, and there’s a big step compared to last year. Now it is a matter of fine tuning the details, keep working hard back in Maranello and keep improving.”