Sao Paulo is set to keep the Brazilian Grand Prix until at least 2025, with local officials announcing on Thursday they are poised to sign a new Formula 1 deal.

Despite a recent push by the Brazilian president Jair Bolsonaro to hold a race in Rio from 2021, the provisional calendar issued by F1 earlier this week declared that the country’s race next year would take place at Interlagos.

It now looks like the Rio project could be over for much longer, however, with F1 said to be close to signing a contract that will keep the race at its current home until 2025. The event will be known as the Sao Paulo Grand Prix.

Speaking to media at a press conference on Thursday, Sao Paulo governor Joao Doria said: “I am proud to reveal that F1 has just renewed a contract to hold the Brazilian GP until 2025.

“The Interlagos race track has been confirmed as the venue for the next five years.

“The contract will be signed by Mayor Bruno Covas and Liberty Media, the rights holder of F1.”

It is understood that the decision to hold the race in Sao Paolo is not related to sustainability issues surrounding the Rio track, which needed environmental permissions before work could begin and faced opposition from environmental groups.

PLUS: Why F1 could be blundering with its landmark new circuit deal

Instead, the decision to keep the race at Interlagos was prompted by it having a ready track and Sao Paulo being in a position to commit to a long-term deal. 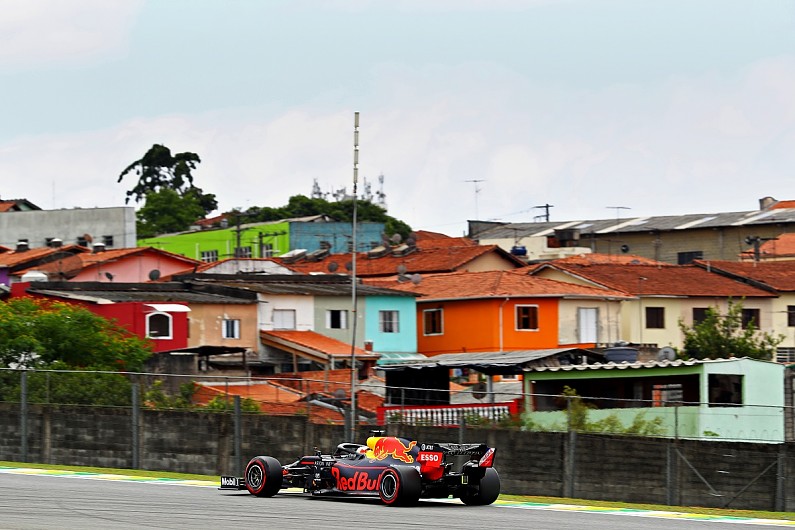 Sao Paulo mayor Bruno Covas said that the name change away from the Brazilian GP was prompted by the enhanced involvement of the local authorities. It is understood that the race will also have a new promoter.

Covas said: “The contract is being finalised and will be signed in the next few days.

“Next year, on November 14, we will have the Sao Paulo GP.

“The contract is valid for five years and can be extended for an additional five years, so can go up to 2030.”

Despite the comments from the Sao Paulo officials, F1 has not confirmed the plans for the Brazilian Grand Prix.

When asked by Autosport about the potential new contract with Sao Paulo, a spokesman said: “We do not comment on commercial discussions regarding any of our partners.”