The German rookie has been spotted several times this year spending time after races taking an up-close look at the tyres and designs of other cars.

It is something that both his father Michael and friend Sebastian Vettel also regularly did in their careers to try to better understand what the opposition are up to.

After the recent Styrian Grand Prix, on board footage from one of the McLarens showed Schumacher wandering over to inspect the MCL35M car and its cockpit in the post-race perc ferme.

Explaining why he does it, Schumacher says it is was something he picked up when he first started racing – as it can provide some inside knowledge.

“It is something that I have been doing since karting, really,” he said.

“It is always good to know, especially how the tyres look on other cars, and to see if I can understand and learn from that.

“Tyres are like an open book. They will show you every little mistake and every little detail or other cars and also of my car. So I guess inspecting other cars is always a part of that, and I will keep doing that.

“Plus, parc ferme is when I would get closest to another car. I can’t walk in anybody’s garage and say, ‘Hi there, I am just going to check out your car and then leave’. So, definitely, it is interesting to look at it.”

Schumacher has earned praise this year for his positive attitude and strong work ethic at Haas, especially considering the under-developed car is regularly the slowest in qualifying. 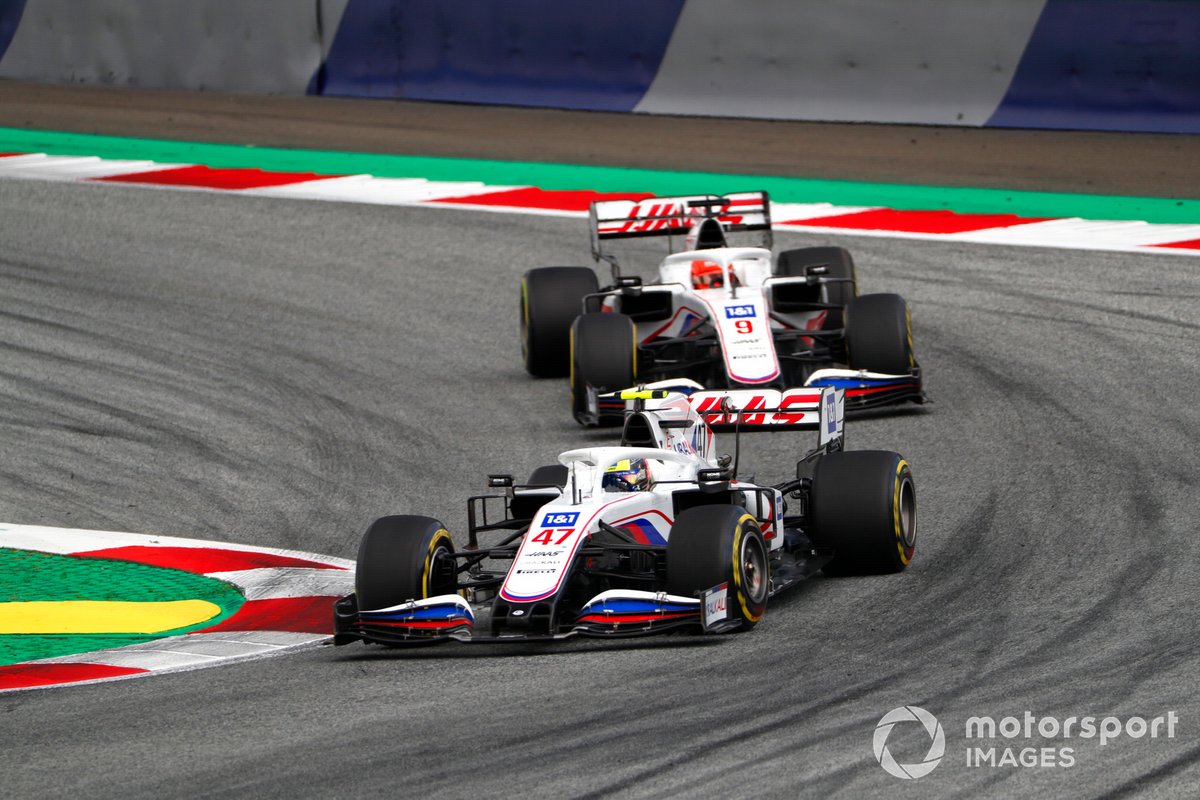 But despite not having scored any points so far, with 13th in Baku his best result to date, Schumacher says he is enjoying the challenge of his rookie campaign.

“I am relatively happy with how it is going but obviously performance-wise it is tough,” he said.

“Nonetheless we managed to get our way around and we are able to work well together.

“I totally enjoy my time here so much that it is easy for me to come to work and work late because it is so enjoyable.

“I think that really reflects in my performance. That is what is important to me, that the hard work will pay off at some point and I hope that it does.”