And although the characteristics of Silverstone were going to help its chances, key to progress was a much talked about upgrade that had been in the pipeline for a while.

While Red Bull had been pretty aggressive by bringing regular smaller updates, Mercedes had been biding its time to bring something more major at once.

The upgrade focused on the central portion of the car and claws away at some of the aerodynamic issues raised by the 2021 regulation changes.

Rather than incrementally chipping away at these issues, as others have, Mercedes has faced them head-on with one all-encompassing upgrade package.

Here we take an in-depth look at all the changes. 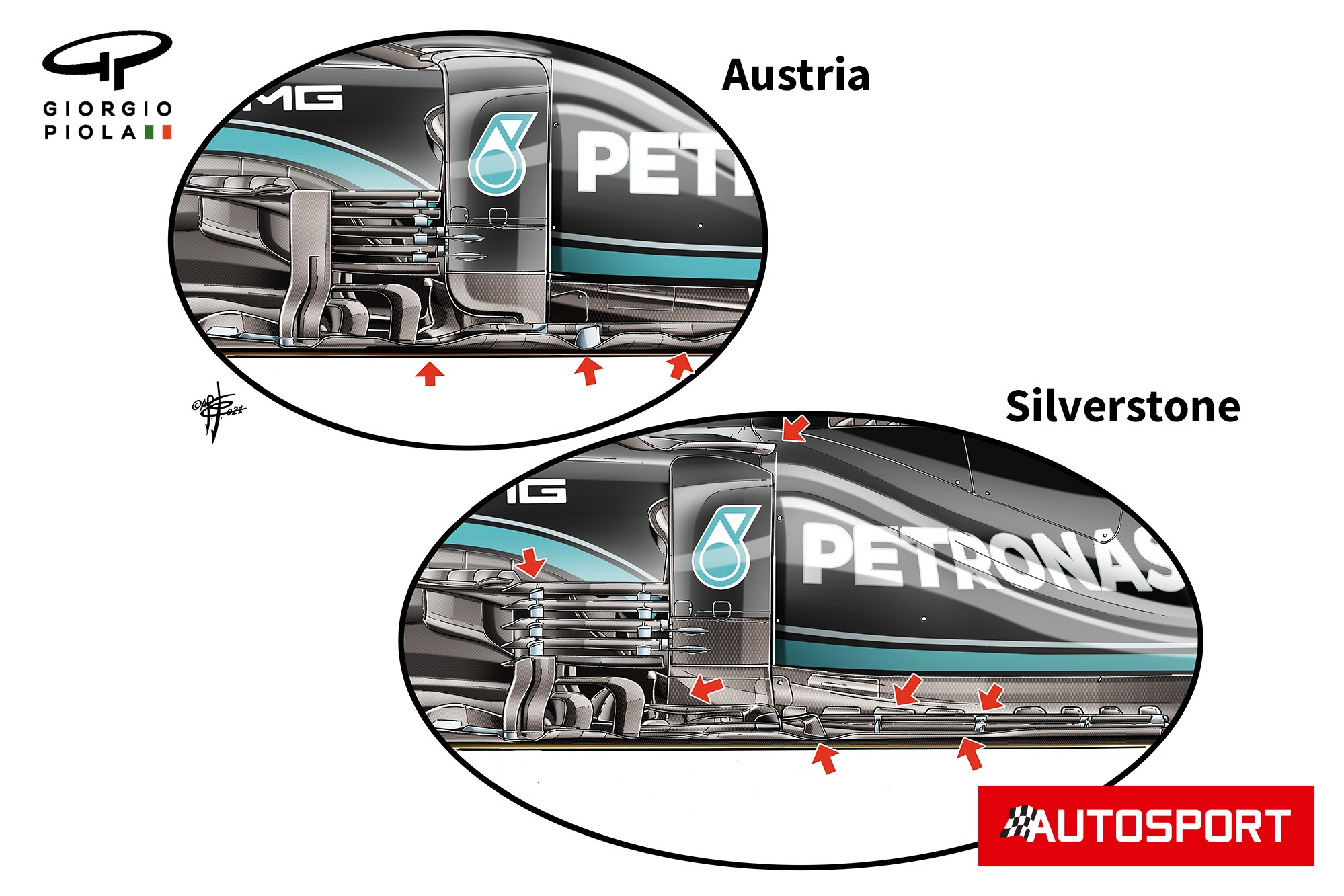 The skyscraper deflector has been shortened, allowing all of the slats in the Venetian blind-like array to be extended forward, increasing their influence on the airflow.

The main skyscraper deflector has been split into two sections, removing the arc that had previously framed the sidepod’s shoulder and instead offering two surfaces with which to create vortices.

The sidepod wing now features a design seen almost everywhere else on the grid, with an upward curving tip altering the course and vorticity of the airflow.

It’s an interesting U-turn considering that it went down this route with a similar upgrade package for the Japanese Grand Prix in 2019 but reverted to the framed solution for 2020.

There’s been numerous changes at this juncture, with not only the first wave in the ‘wavy’ floor arrangement softened.. The skyscraper deflector now connects to the floor across its entire width, while a third ‘r’ shaped vane has been deployed.

A dipped section in the floor scroll replaces the deeper wave, while the shape of the flap support has also been altered.

Having shorn the scrolled edge of the floor back, the aerodynamicists have filled that volume with a secondary flap.

The majority of the grid now have angled fins in this position between the sidepod and floor in some form or another, with Mercedes adding four fins to their arsenal, as they look to guide the airflow that’s peeling off.

A little further downstream another four fins have been added too, their angle and shape slightly different from those ahead. 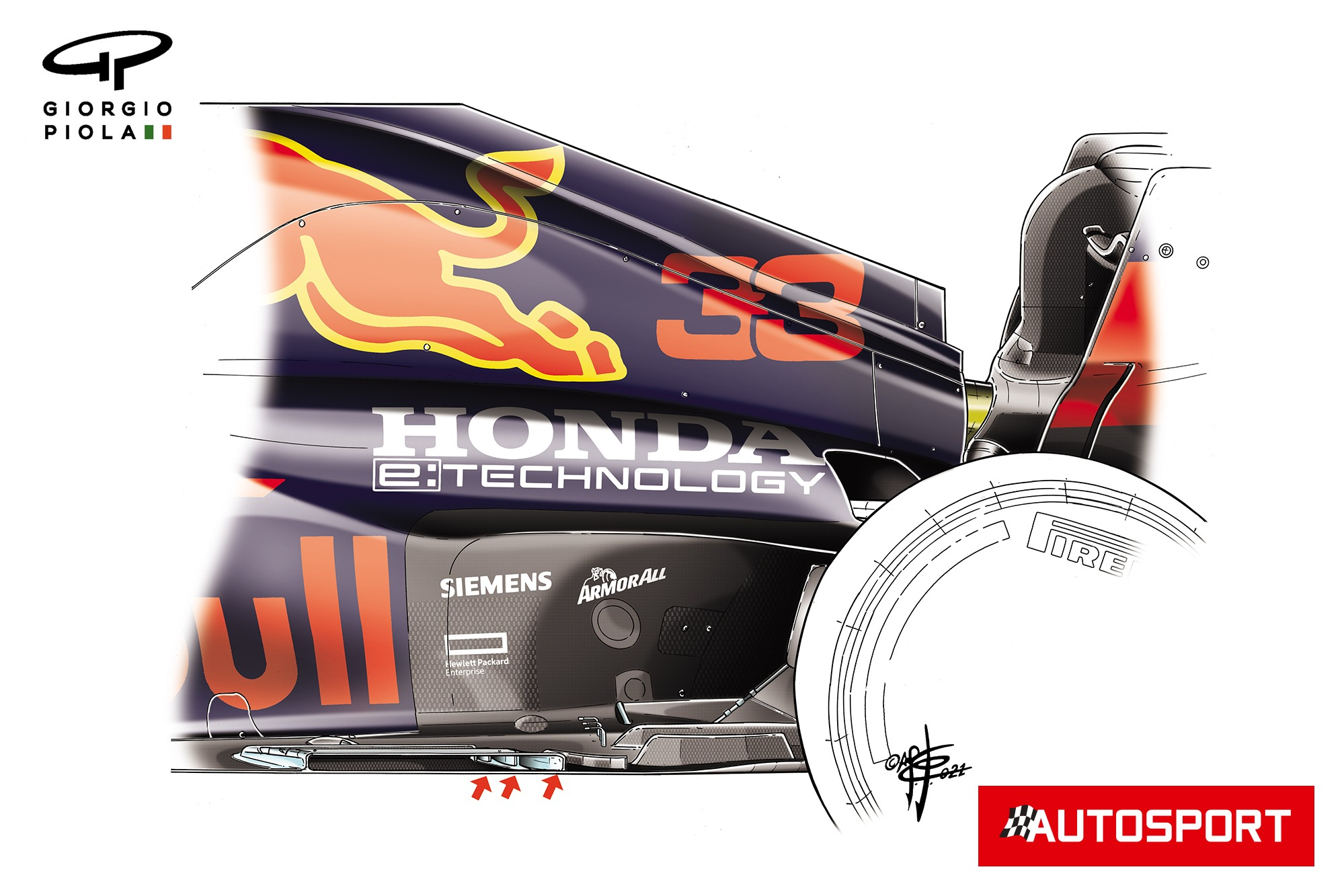 Having introduced new parts at nearly every race this season, Red Bull has a programme that leaves it drivers out of step, with Max Verstappen receiving the parts one race ahead of Sergio Perez.

It continued to press on with this formula for the British Grand Prix as a new solution found its way onto Max Verstappen’s RB16B at Silverstone.

Mounted in the central portion of the floor was a new step-like winglet, complete with three tiers that are angled out toward the edge of the floor and undoubtedly provide flow assistance to the other aerodynamic surfaces trying to tease the airflow across and around the rear tyre.