With the fight for the front in qualifying being a pretty fraught affair, it’s no surprise that the driver who comes out on top wants to feel rewarded.

In Turkey, for example, Lewis Hamilton was a little bit disappointed that an engine grid penalty meant his supreme Q3 effort will never be recorded in the history books.

“Well, I still… I get recorded the pole, right?,” he asked in the press conference. “No? Ah, dammit…”

The world champion had already cheekily signed his ‘pole position’ Pirelli tyre with a special message for teammate Valtteri Bottas: “To Valtteri. Enjoy my pole trophy. Nice lap tho. 102.”

But while losing pole positions through grid penalties is nothing new in F1, and has been happening since Kimi Raikkonen lost top spot at the 2005 Italian Grand Prix with a 10-place engine drop, the implications of sprint races on the record books has been a catalyst for a growing discussion on the matter.

With F1 hosting three sprint qualifying trials this year, the shake up of the weekend format meant a two-pronged effort to set the grid for the main grand prix.

There is the traditional regular qualifying session on the Friday, and then the short 100km sprint race on Saturday.

The original plan had been for the official pole position tag in the history books to be given to the fastest driver in Friday qualifying.

However, complications caused by the FIA regulations, in that pole position is officially designated as the driver in first place on the grid, meant a change of plan and it being awarded to the sprint winner.

It’s something that Bottas does not agree with, especially as at Monza he was fastest on Friday, won the sprint – and still didn’t get pole because he took an engine change.

“I think on the sprint weekends, definitely, the fast man in qualifying should be handed the official pole award and pole position for records,” explained the Finn.

“And also in a situation like this [in Turkey], Lewis had the fastest single lap. He was technically on pole but then after he is dropped so… I don’t think it’s really fair.” 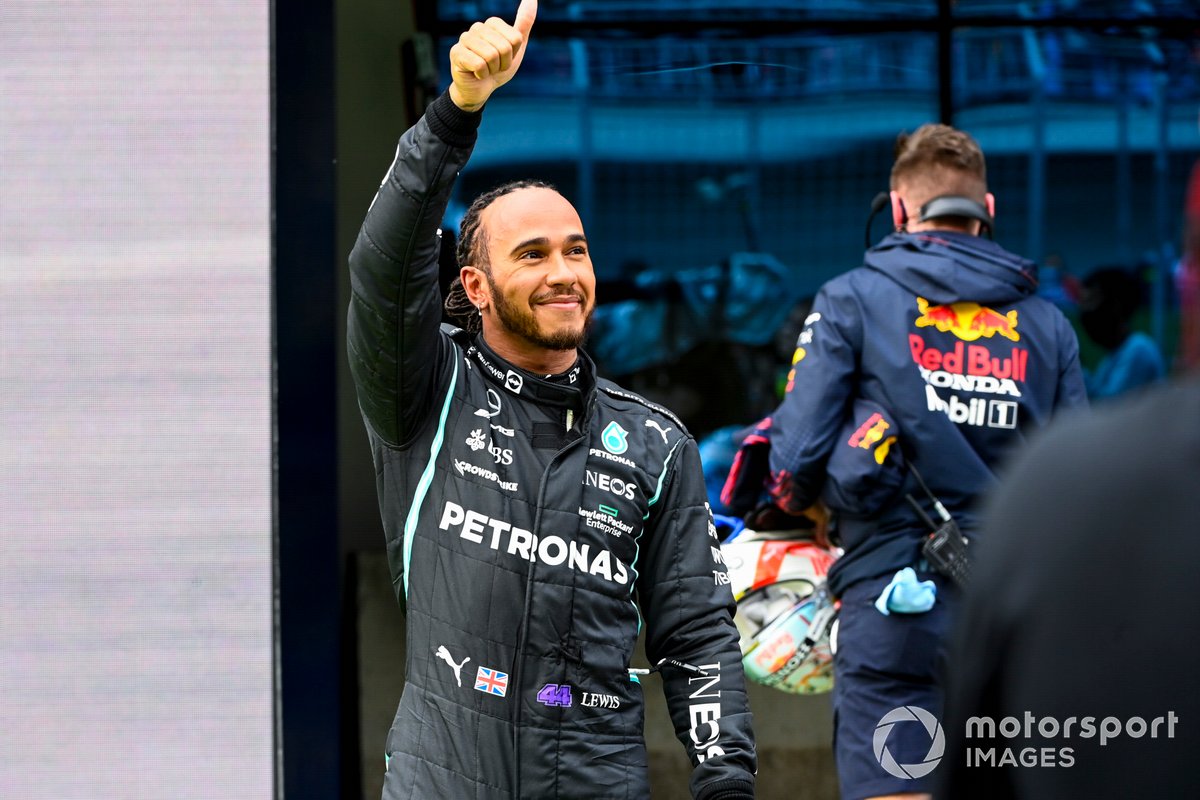 F1 chiefs are looking right now at potential tweaks to the rules to change the awarding of pole position on sprint race weekends.

But the topic of the pole record at more regular weekends is one that has ignited intense debate among fans – with many arguing that pole should simply go to the fastest driver in qualifying irrespective of penalties.

However, there are two famous examples of Michael Schumacher at Monaco that offer contrasting examples of whether that would be the right way to go.

On the positive side, handing out pole to the fastest qualifier would have put Schumacher’s brilliant lap from Monaco 2012 into the record books.

The German, who had endured a fair share of frustrations since his Mercedes comeback in 2010, finally pulled everything together that afternoon to lead the way for what would have been his last official pole.

Except Schumacher had gone into that weekend knowing that pole would never be his because he had been carrying a five-place grid penalty for a collision with Bruno Senna at the previous race in Spain.

Few would argue, however, that it would have been more fitting for the record books for Schumacher’s performance that day to be recognised. 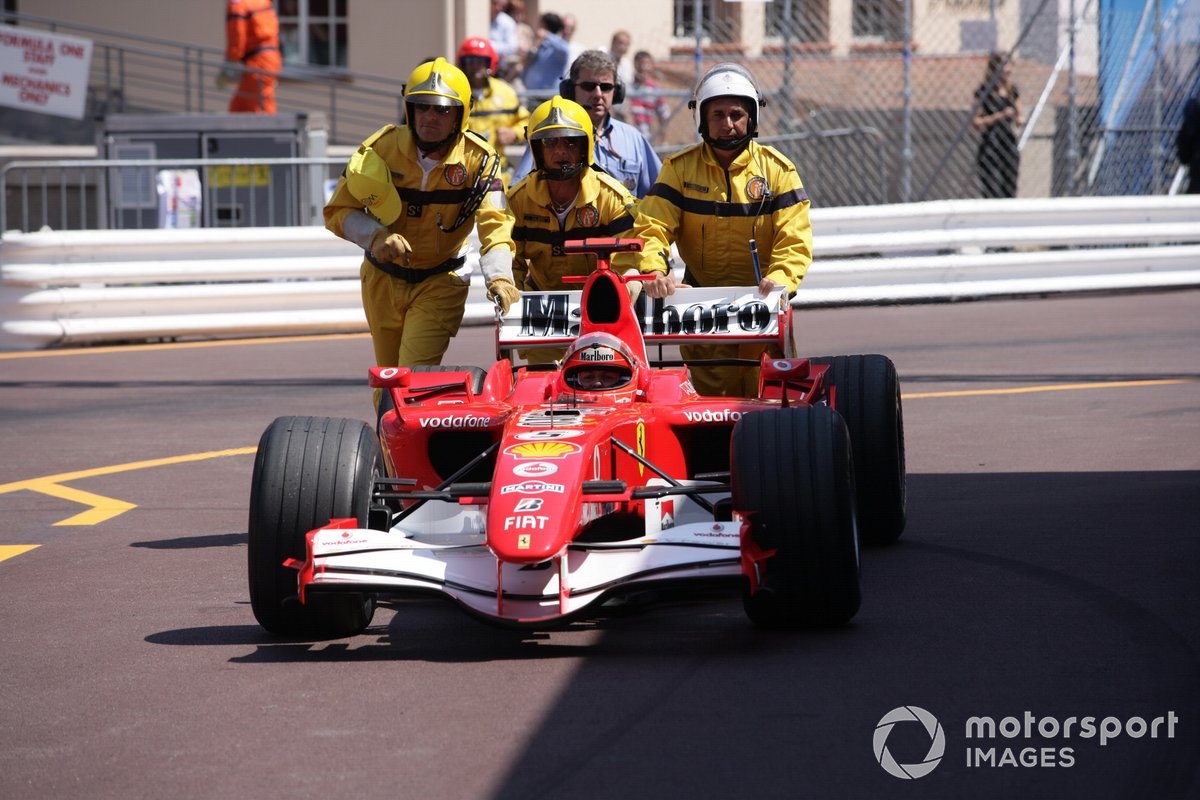 But amid the calls for poles to go automatically to the fastest man, what Schumacher did at Monaco six years before in 2006 shows the dangers of doing just that.

Back then, in the closing stages of Q3 on Saturday, Schumacher was topping the timing sheets with title rival Fernando Alonso out on track and looking on course to snatch pole.

Schumacher then famously lost control of his car at Rascasse – parking up at the barriers and, with his car wedged against the Armco, it meant Alonso could not complete the lap he needed to go top.

The session was finished and Schumacher, as the fastest man, appeared to have taken pole position.

But amid immediate accusations that Schumacher had crashed deliberately, the FIA intervened and the stewards concluded that the German had broken the rules. He was stripped of his pole position and sent to the back of the grid.

Were Schumacher to have been awarded pole position in the record books that day, even with an asterisk next to it for his grid drop, it would have always been recalled for all the wrong reasons.

What Schumacher’s Monaco examples of 2006 and 2012 show us is that there is no hard and fast rule that will satisfy everyone when it comes to awarding poles.

While most agree that the fastest on Friday of a sprint should get pole that weekend, there is not as much consensus about what happens when the sticky subject of grid penalties are included.

Should the power boost that comes from a fresh engine be cast aside and those that have swapped power units be allowed to keep their pole in the records?

Should sporting penalties be ignored – so Schumacher would have kept his poles both in Monaco 2006 and 2012?

Or should sanctions earned inside the qualifying session be taken into consideration (such as what Schumacher did or drivers ignoring yellow flags), but those handed down outside of it (engine/gearbox penalties), not count?

The latter perhaps would be a better solution, but in F1 nothing is ever completely straightforward – so don’t expect much to change very soon.