F1 originally added the event at Istanbul Park as a replacement for the Canadian Grand Prix on 13 June, but was forced to postpone the race due to travel restrictions put in place by the UK government.

But, following news of the cancellation of the Singapore race at the start of June, F1 has now brought Turkey back onto the schedule, announcing on Friday that it would be taking the early October slot.

The move brings the F1 calendar back up to 23 races, and forms a triple-header of events as Turkey slots in between Russia and Japan.

Turkey remains on the British government’s ‘red list’, requiring all of those returning from the country to complete 10 days of quarantine in a managed hotel.

But F1 officials are understood to be confident this will not be an issue as those travelling on to Japan will be outside of the 10-day window for red list countries, assuming they stay in Japan for an additional few days.

All personnel returning to the UK – home to seven of F1’s 10 teams – would do so fully tested, and only have to follow the requirements for returning from Japan. 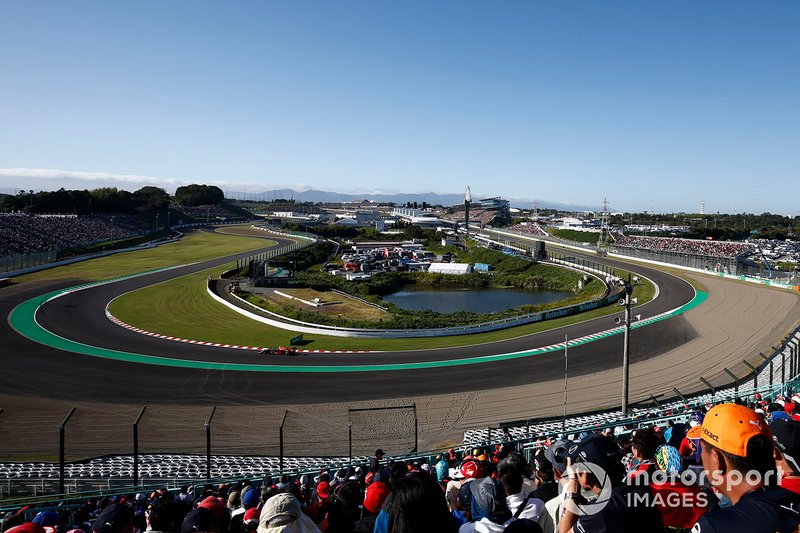 Doubts have lingered over the Japanese Grand Prix for some time due to the country’s strict travel requirements. The Japanese MotoGP round scheduled to take place at Motegi one week before the F1 grand prix was cancelled earlier this week.

But, with the Tokyo Olympics set to go ahead next month, F1 is thought to be hopeful of following the same COVID-19 safety measures that have allowed for people to travel into the country.

Turkey returned to the F1 calendar after nine years away in 2020, and hosted one of the most memorable races of the year as Lewis Hamilton clinched his seventh world title with a dominant win in rainy conditions.

Question marks still remain over some of the late season events, including the Brazilian Grand Prix and the Australian Grand Prix, both of which are set to take place in November.

F1 is understood to be considering a second race at the Circuit of The Americas to partner the United States Grand Prix, but has not yet held any advanced talks with the track about doing so.