Aston Martin entered the 2021 season hoping to continue its upper-midfield fight that the former Racing Point squad found itself embroiled in throughout last year.

But the team appeared to be a step behind rivals such as McLaren, Ferrari and AlphaTauri through much of the Bahrain weekend.

Team principal Otmar Szafnauer expressed frustration over the revised technical regulations for 2021 that hurt teams running a low-rake car concept – such as Aston Martin and Mercedes – by around one second per lap.

Lance Stroll was able to salvage a point for Aston Martin in Bahrain, finishing the race in 10th place, but Vettel endured a more difficult weekend on his debut for the team.

The ex-Ferrari driver was knocked out in Q1 and received a grid penalty, leaving him at the rear of the field, and received an in-race penalty after crashing into Esteban Ocon for which he accepted blame. He ultimately finished 15th.

Looking back on the Bahrain race, Vettel acknowledged that it “wasn’t a great weekend” for Aston Martin, but was impressed by how the team has responded ahead of the Emilia Romagna Grand Prix.

“We went through basically everything that happened, and I think the response has been quite positive,” Vettel said.

“Obviously the spirit is great in the team. I’m willing to put everything in that I can to try and understand, try and help and try and have a better race this weekend. I think we are well prepared and we’ll see what we get. 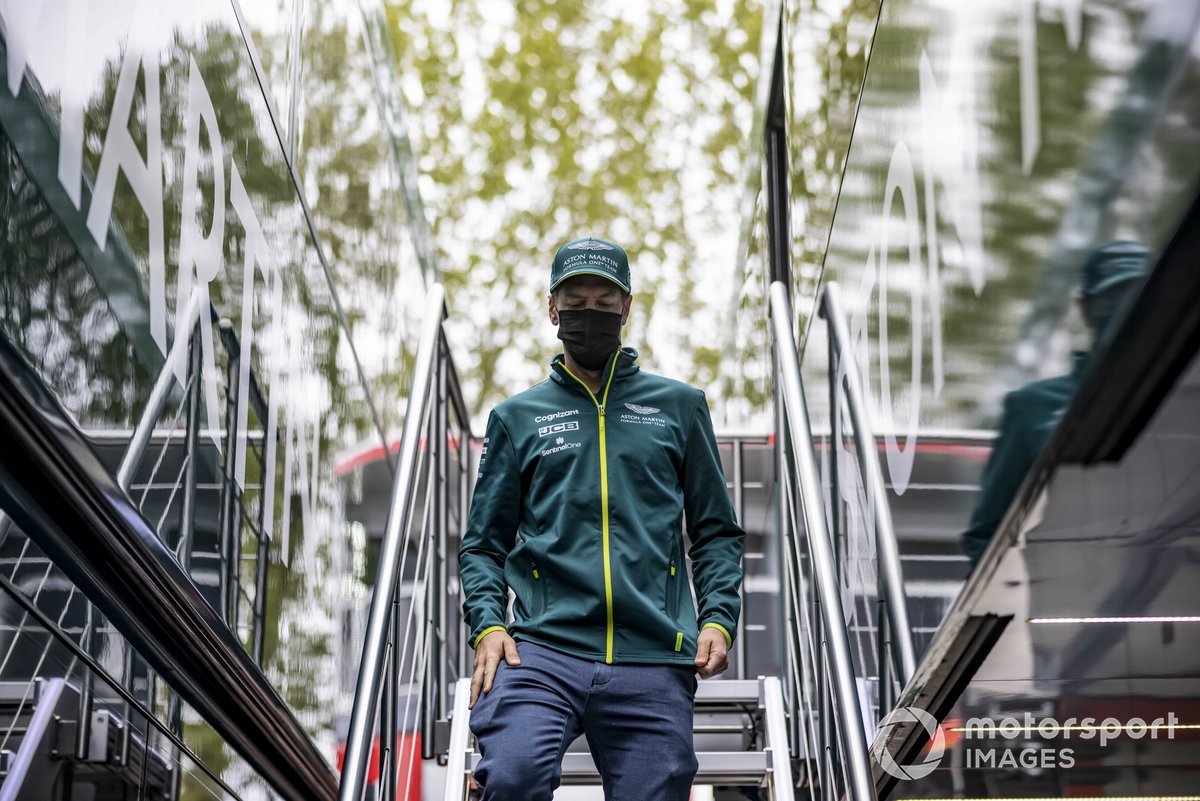 “We learned a little bit about our car, to understand a little bit more where it wants to be and try and take it form there. Obviously we’re not quite where we expected or wanted to be, but it is what it is now.

“We have to tackle it bit by bit and take one step at a time. That’s what it feels like what we’re doing.”

Vettel drew criticism for the clumsy nature of his crash with Ocon, running into the rear of the Alpine driver’s car at the end of the main straight under braking.

Asked if he felt any frustration over such incidents, Vettel replied: “I think frustration is the wrong word because frustration doesn’t lead to anything.

“The key is that I understand what happened. I think I did, and you try to learn from it. I’m quite sure it wouldn’t happen again, but going forwards, there’s always things that you can learn from your mistakes and what mistakes other people are making.

“For sure the target is to have clean races and not to have anything interrupting that, so I think that’s the expectation I set of myself and the level that I want to be at [which] obviously doesn’t excuse things like this happening.”