During an extremely tight first qualifying phase, Vettel needed a second flyer to claim a spot in Q2.

Vettel’s final attempt was thwarted by two yellow flags however, which meant the four-time world champion couldn’t improve his personal best and languished down in 18th place.

First Vettel had to slow down in Turn 1 for spinning Haas rookie Nikita Mazepin, who had just jumped the queue and passed the Aston Martin driver on the warm-up lap.

He then came across another yellow flag in Turn 8 for Carlos Sainz Jr, who momentarily lost drive on his Ferrari.

Afterwards, Vettel admitted he was upset with how his first competitive session for Aston Martin unfolded but added there was no point in panicking about his poor grid position.

“If I panicked now it wouldn’t help,” Vettel told Sky Sports F1. “For sure I’m upset and angry – it was not our fault in a way – not to make it through, but we have to take it and do what we can to prepare for tomorrow.”

When asked by Autosport about what happened from his perspective, Vettel said he barely made it across the line in the first place for his second timed lap due to being overtaken in the final sector.

“It was a mess in the last sector warming up, I just made it across the line with less than one second and then I had two yellow flags, so not much we could do at that stage.” 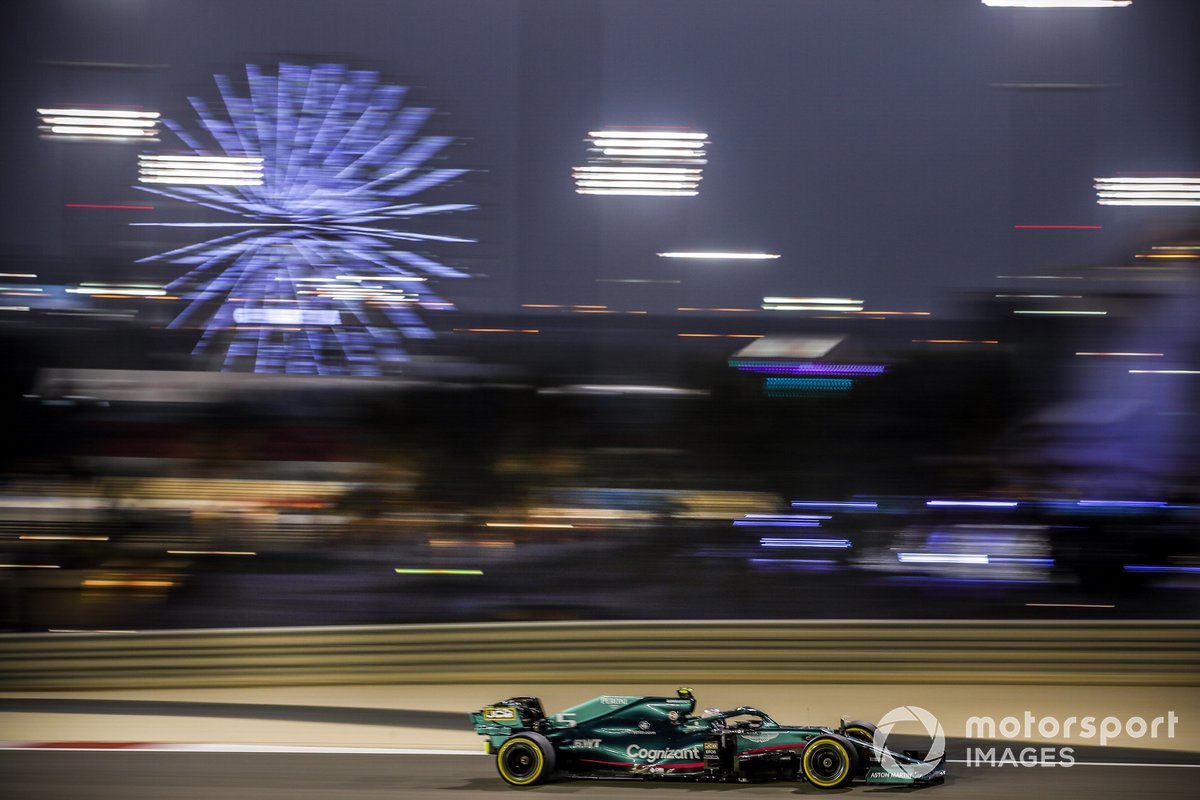 Despite a botched qualifying effort, Vettel said he felt more at home in his new car compared to practice, but admitted his team is not “where we want to be” after team-mate Lance Stroll could only manage 10th on the grid in Q2.

“I wasn’t very happy in practice, I was feeling wise a lot happier in qualifying but obviously I didn’t get a lap in,” Vettel added.

“We are not where we want to be. And on top of that I think I’m still learning, we are still learning. We are trying a lot of things to understand the car further.

“There was potential to be a lot faster. I think we still have a lot of work ahead of us.

“Hopefully tomorrow we have a good race. I think we can come up quite a bit and we’ll see what the day brings.”

“It was two yellow flags in Turn 1 and in Turn 8, so he naturally lifted, lost over four tenths of a second,” said Szafnauer.

“It’s a long season, and we’ve got a lot of running to do yet. So it’ll be okay. He’s still buoyant about the race tomorrow.”