Albon: F1 lucky not to have big crash in Turkish GP qualifying Red Bull driver Alex Albon says that Formula 1 was “lucky not to have a big crash” in a soaking wet qualifying session for the Turkish GP.

Albon was quick throughout the entertaining and unpredictable session, and admitted that he felt he could have done better than his eventual fourth place behind the two Racing Point drivers and his team mate Max Verstappen.

Although the Red Bull drivers were clearly better off in the tricky conditions than some of their rivals Albon said that it had been a stressful afternoon.

“I can understand why people enjoy it,” Albon said, in response to a question from Autosport.

“I would enjoy it if I wasn’t driving; I could tell you it’s not as fun in the car as it is on TV. When you’re shifting to sixth gear, even seventh gear in the wet, and you’re getting wheelspin and the car is aquaplaning across the track, that’s not very fun.

“It’s more about the danger of it, more than anything else.

“I think we’ve been lucky not to have a big crash today. We’ve had some close calls obviously, coming into Turn 3. 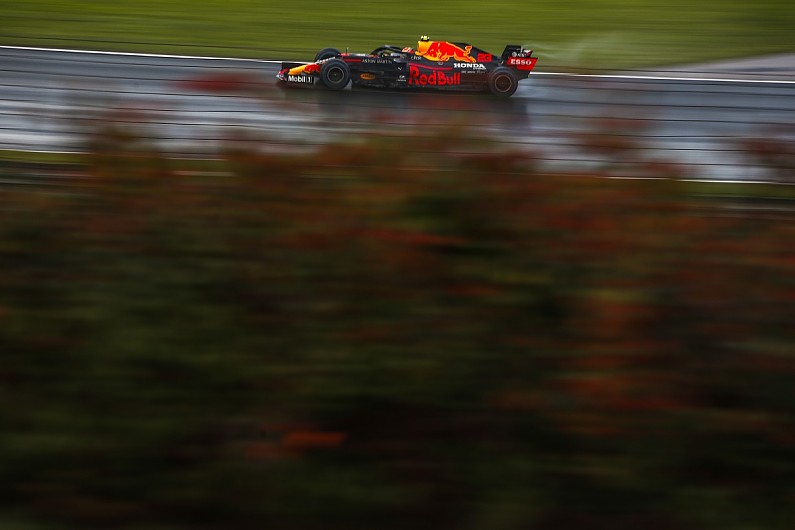 Albon also highlighted a controversial moment in Q2 when the session started while yellow flags were out as a crane was still retrieving the spun Williams of Nicholas Latifi after an incident in the first session.

“That wasn’t very good,” he said. “I imagined that we were trying to make sunset. And we rushed everything.

“But that was silly, and I’m sure we could have waited another five minutes for a crane to move.”

“I think there must have been some misjudgement between them, because there’s no way they did it on purpose.

“I mean, it was just hard to understand where the decision came from, because the crane was still on track, lifting Latifi, and we got the call out to go on to the track and wait at the end of the pit lane.

“I was expecting like a five minute signal. But it was one minute to go to green. And I was like, okay, they must have moved that crane pretty quickly. But obviously, it didn’t have enough time.”