Barrichello: Sainz must manage anxiety ahead of Ferrari F1 switch Rubens Barrichello believes managing anxiety is one of the biggest challenges Carlos Sainz Jr will face ahead of his move to Ferrari for the 2021 Formula 1 season.

Ferrari announced last month that Sainz would be joining the team from 2021 on a multi-year deal, replacing four-time world champion Sebastian Vettel.

It marks a step up to a front-running team for Sainz, who has spent the entirety of his F1 career racing with midfield outfits Toro Rosso, Renault and McLaren.

Barrichello raced for Ferrari between 2000 and 2005, and said that while Sainz may be well-prepared for a move to Maranello, he would still have to manage any anxious feelings in the lead-up to joining the team.

“He’s going to be anxious to get going. My suggestion is for him to do stuff that he can control his mind.

“Meditation was a key success for me, to keep my anxiety low. That’s what I would suggest. 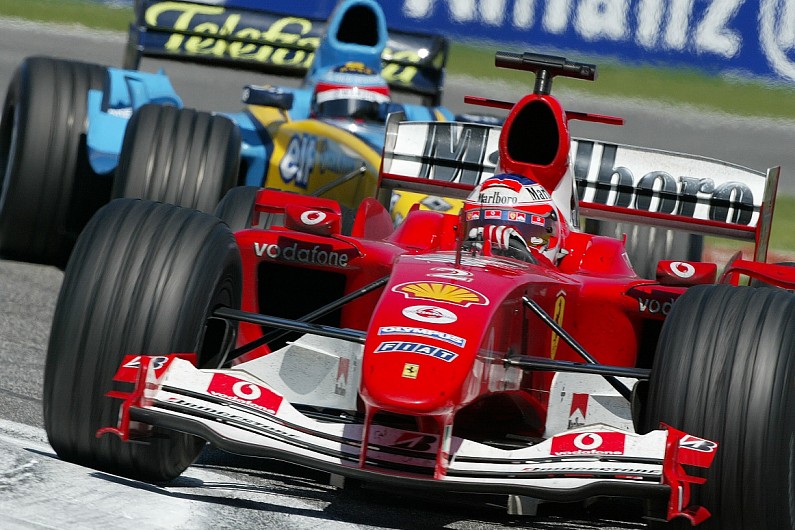 “When you work on the future, it makes you anxious. How you have to live in the present is by, for me, working with meditation.”

Both Vettel and Sainz still have to complete a season with their current teams before moving for 2021, as does Renault’s Daniel Ricciardo, who will replace Sainz at McLaren.

Barrichello said he found it odd that moves were being decided so far in advance, particularly as drivers worked to stay focused on racing with their current teams.

“I find it crazy that you already announce what is your future plan, and then you still have a year ago,” Barrichello said.

“It’s kind of tough for the mind management. It’s really tough for you to be where you feel like you don’t belong anymore.

“Because we had no news, it was fantastic for spectators to have that ‘oh my God, look, a change!’. Eventually, things will be in place and work well.

“I just find it funny, because F1 has always been the first one to announce stuff that you’re not prepared to hear. I hope it’s happy and 2021 is going to be good.”