Brown: No excuses for McLaren F1 after infrastructure updates McLaren is currently working on a new wind tunnel in its Woking headquarters after years of using Toyota’s facility in Cologne, amid other upgrades to its McLaren Technology Centre.

The need for a new state-of-the-art tunnel was one of the first issues team boss Andreas Seidl raised on his arrival in May 2019 as he identified the next steps for McLaren to return to the front of the field.

While the coronavirus pandemic has delayed McLaren’s plans to bring its facilities up to the standard of Mercedes and Red Bull, CEO Brown believes the team will have caught up by the 2024 season, which means it will have “no excuses” in the fight for world championship success.

“I think it’s always dangerous to pick a point in time in which you should be going for it. What I will say is we will have caught up by 2024 with all of our infrastructure, most specifically the wind tunnel,” Brown said.

“I think we’ll have no excuses come the 2024 season, and would like to think that by that point, the sport is going to be so competitive that there’ll be a variety of teams fighting for the championship, and I like to think we’d be one of them.” 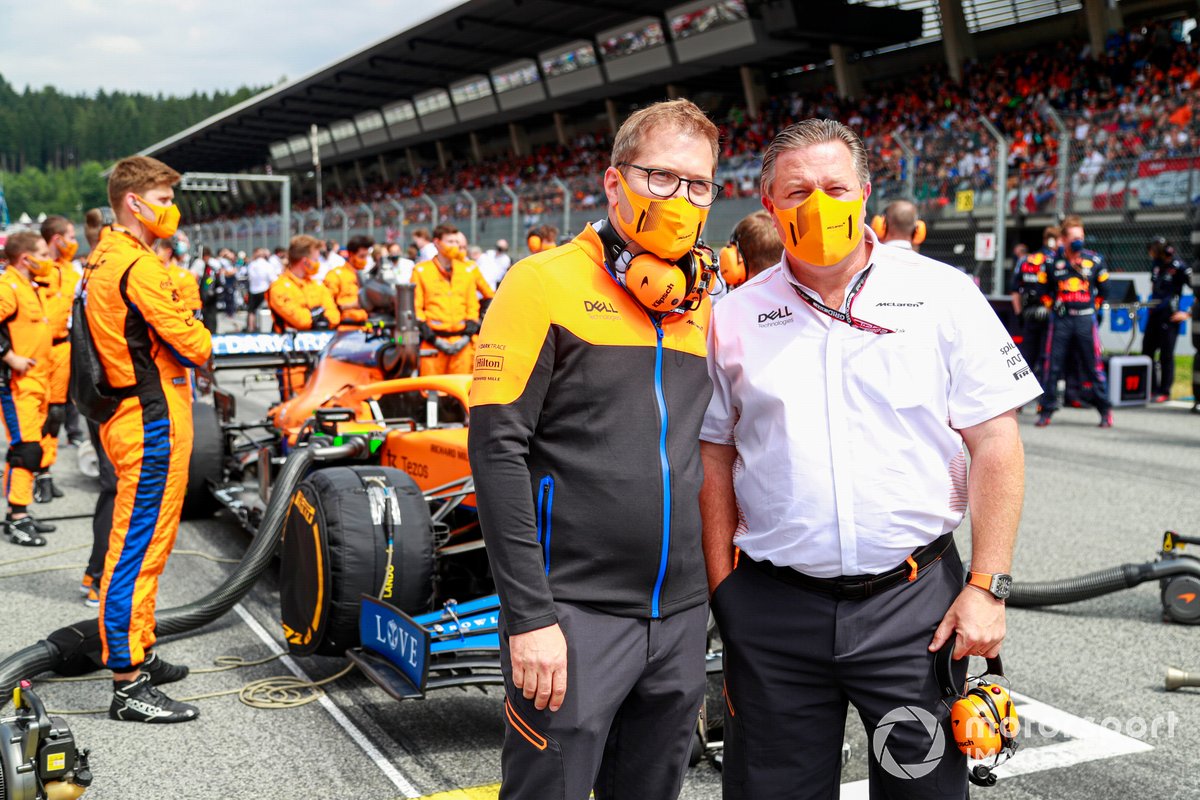 McLaren has been on a steady upward trajectory since 2018, climbing up the constructors’ table every season until last year’s third place finish, which it is aiming to repeat in 2021.

Asked whether McLaren’s continued progress could give the team a chance to fight for wins and championships even before its 2024 target, aided by 2022’s all-new regulations and F1’s cost cap, Brown has preached patience and said the final step to the level of Mercedes and Red Bull will be the hardest one to make.

“We’ve gone ninth, sixth, fourth, third. And here we are in third. I think it gets tougher as you get closer to the front, so I don’t think it’s going to be two, one,” he explained.

“That would be nice, but I don’t think that’ll happen.

“While we now have the annual resources to compete at the same level as everyone else, we are behind on our infrastructure, and while we’ve let loose the investment, it’s simply going to take time, most notably the wind tunnel.

“Given how important that is, we can’t make up that lost time, we’re writing the cheques for it, but it’s going to take a couple of years to finish the wind tunnel.

“We have other CapEx [capital expenses] that you’ll start to see, everything from our brand centre, you saw we were redoing that to be more sustainable and aligned with the future and more efficient … and we have other stuff that you’ll see later this year.

“But we really won’t be caught up on our infrastructure until the 2024 car comes out. Until then we will be doing the best we can with the equipment that we have, but I think until we get caught up, it will be difficult to think that we could beat those guys in a straight fight.”

The new rules for 2022 could allow a team like McLaren to pull off an upset by getting its initial car design right, much like Brawn GP when it stunned the F1 paddock in 2009 with its clever double diffuser. But Brown thinks such a scenario, where one outfit has a massive trick up its sleeve, is less likely with the more restrictive technical regulations that will come into play.

“Brawn obviously punched above their weight when they won the championship, and they weren’t the biggest resourced team.

“But also, I think the rules are so much tighter now, to come up with a big, clear advantage like that in today’s world is going to be more difficult.

“We’re going to give it our best shot, but I think we should manage expectations that it’s going to get tougher from here on out.”