After scoring just one point across the 2019 and 2020 seasons, Williams has recently enjoyed a resurgence in form, recording a top-10 finish in four of the last five races.

Former Volkswagen motorsport chief Capito joined Williams as its new CEO over the winter before taking over the day-to-day running of the F1 operations following the exit of team principal Simon Roberts in June.

In his role, Capito has overseen a number of structural changes at Williams, changing the way different parts of the F1 team interact and work with each other.

Speaking about Williams’ recent upswing in form over the Sochi weekend, Capito said that he “wouldn’t say it was sudden”, but down to the changes that have been made across the F1 team.

“It’s a continuous improvement of how to work,” Capito said.

“We changed our organisation, we changed communications, we changed responsibilities, and we’re working much more as a team.

“We also changed the strategy, how we approach the race event. We got a bit more proactive and aggressive, and not just defensive. I think we put more pride in the operation, said we could do things different. 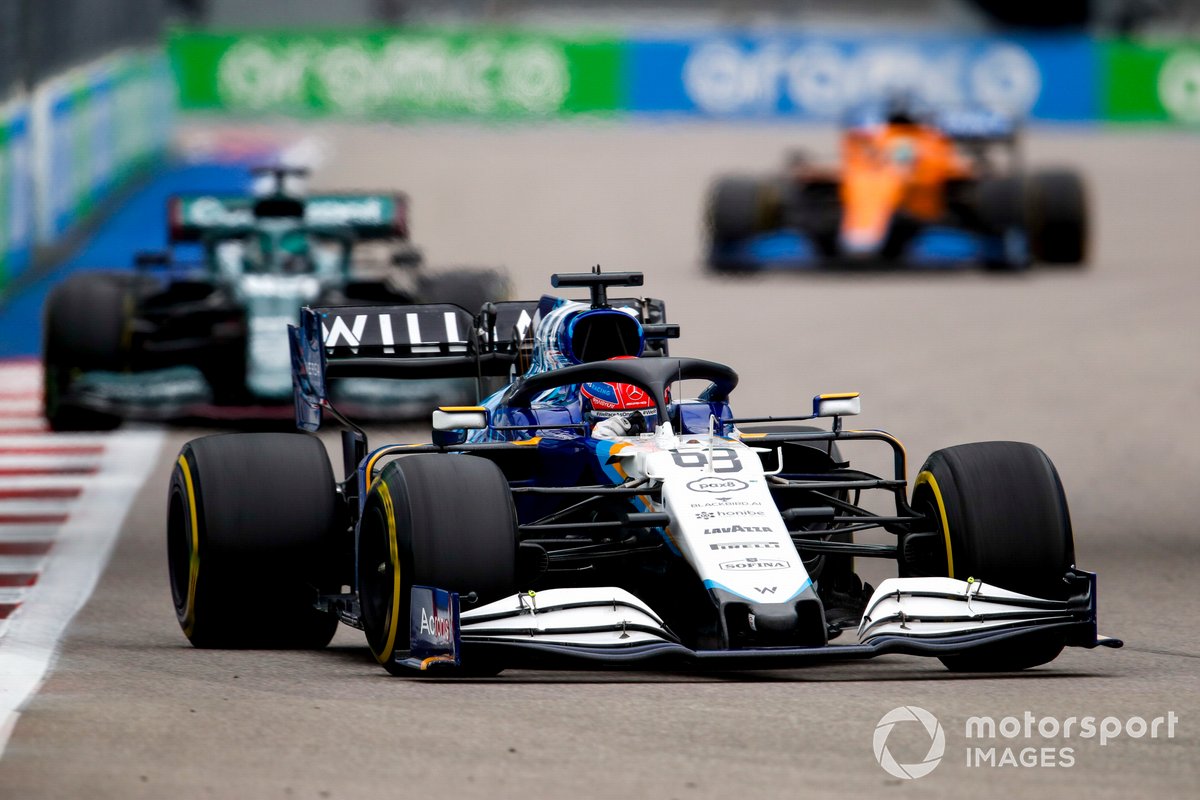 “If you have the ninth-fastest car, you can try things differently, and not be always on the back foot and try to conserve what you have, try something different that others might not be able to try because they are up front, and for them it would be risky.

“I think a couple of times, we’ve taken the risk, with the tyre choice for the weather, and it worked out.

“I think it shows that the team works better as an overall team on communication. I’m surprised how much that can make the car faster without actually improving the car.”

Williams’ recent haul of points has put it in control of the fight for eighth place in the constructors’ championship. The team sits 16 points clear of Alfa Romeo in the standings with seven races remaining this year.

Russell felt that the team’s points in the Hungarian Grand Prix – its first race in the points since Germany 2019 – marked a breakthrough moment for the squad.

“Having scored those points in Hungary, there was less pressure on everybody’s shoulders, and we could go out there and enjoy it,” Russell said.

“Obviously we had a really great result in Spa as well, and I think that gave the whole team another boost, to say, ‘We can do this when everybody excels and does a good job’.

“I think it proves when every single team member comes together and does their part to the best of their abilities, good things are possible. So I’m definitely happy.”